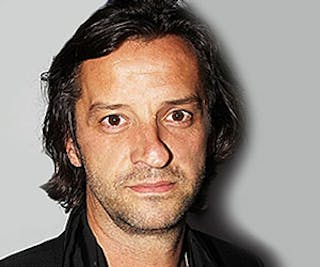 Award-winning costume and set designer, Rob Howell studied theatre design in 1989 at what was then Birmingham Polytechnic and has been creating new worlds on stage for over 20 years.

Alumnus Rob Howell won Best Costume Design and Best Scenic Design for ‘A Christmas Carol’ at the Tony Awards, which were held on Sunday 26 September in New York to honour the achievements of the Broadway season. Of his work on 'A Christmas Carol', Rob said, “I didn’t want it to feel ‘Christmassy,’ and pretty. I didn’t want to duck the poverty and the hardship or ignore the inappropriate lack of understanding of human beings."

Rob studied Theatre Design at Birmingham Polytechnic, graduating in 1989, and is a multi award-winning costume and set designer. His accolades include three Olivier Awards, the most recent was for the West End production of Matilda.

After spending his childhood in Buckinghamshire, Rob made the move to Birmingham after deciding that set design was the career for him. He explained: "I went to the theatre a lot with my family when I was in my teens and I remember very clearly sitting watching a show and it just dawned on me that this could be a job. I realised in a moment that the scenery wasn't always there; someone had designed it specifically for the show. Likewise, the costumes weren't anything that I recognised from the shops - they had been designed too. From that moment I was determined to find out more and set about choosing the subjects that I was going to study to get me on a foundation course, and ultimately on a theatre design course."

When Rob looked into going to university there were only four like this in the country: two in London, one in Nottingham and one in Birmingham.

"I felt more at home in Birmingham," he said. "I applied, got in and spent three fantastic years in Birmingham. The course was amazing and the teaching was like nothing else I had ever come across. It was surprisingly relaxed and yet we all seemed to come away with so much knowledge."

After leaving the University, Rob worked as the Resident Design Assistant at the Royal Shakespeare Company and then moved to London to work as a freelance assistant designer. Initially working on small shows, Rob now works on some of the biggest stages in the world.

I am lucky enough to be busy most of the time working on plays, musicals and operas in the UK and all over the world. I recently designed the scenery and costumes for Matilda the musical, which is playing in the West End and on Broadway. This coming year I am working on three operas: two in New York and one in Germany.