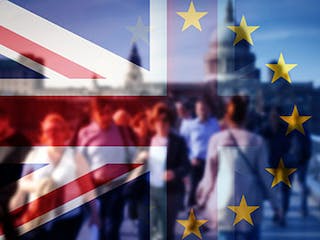 This research aims to help people gain further understanding of the consequences of the UK withdrawing from the European Union (EU). It will assess the effects on a national and local scale, as well as helping clear up any misconceptions around Brexit’s impact.

The University has created the Centre for Brexit Studies (CBS) to host conferences, workshops and seminars to the general public, as well as collaborating with businesses and professional organisations. CBS, which launched in January, will share knowledge in relation to sectors expected to be impacted by Brexit, examining the consequences on business and trade, employment, education, democracy and more.

The Centre will also be launching the 'Making a success of Brexit' report, which will feature contributions from local government, industry and academia on how businesses and organisations can succeed under Brexit’s new conditions.

CBS launched on Thursday 26 January with an event at Hotel La Tour, which featured talks from leading academic staff from Birmingham City University, Aston University and the University of Oxford.

CBS will provide a comprehensive understanding of Brexit, and the challenges and effects it will impose on individuals, businesses and the government.

The research will remove any confusion and misconceptions surrounding the UK’s exit from the EU, while also collaborating with local and national businesses to successfully negotiate the challenges Brexit imposes.