Advertising and conceptual work is what I like to do. 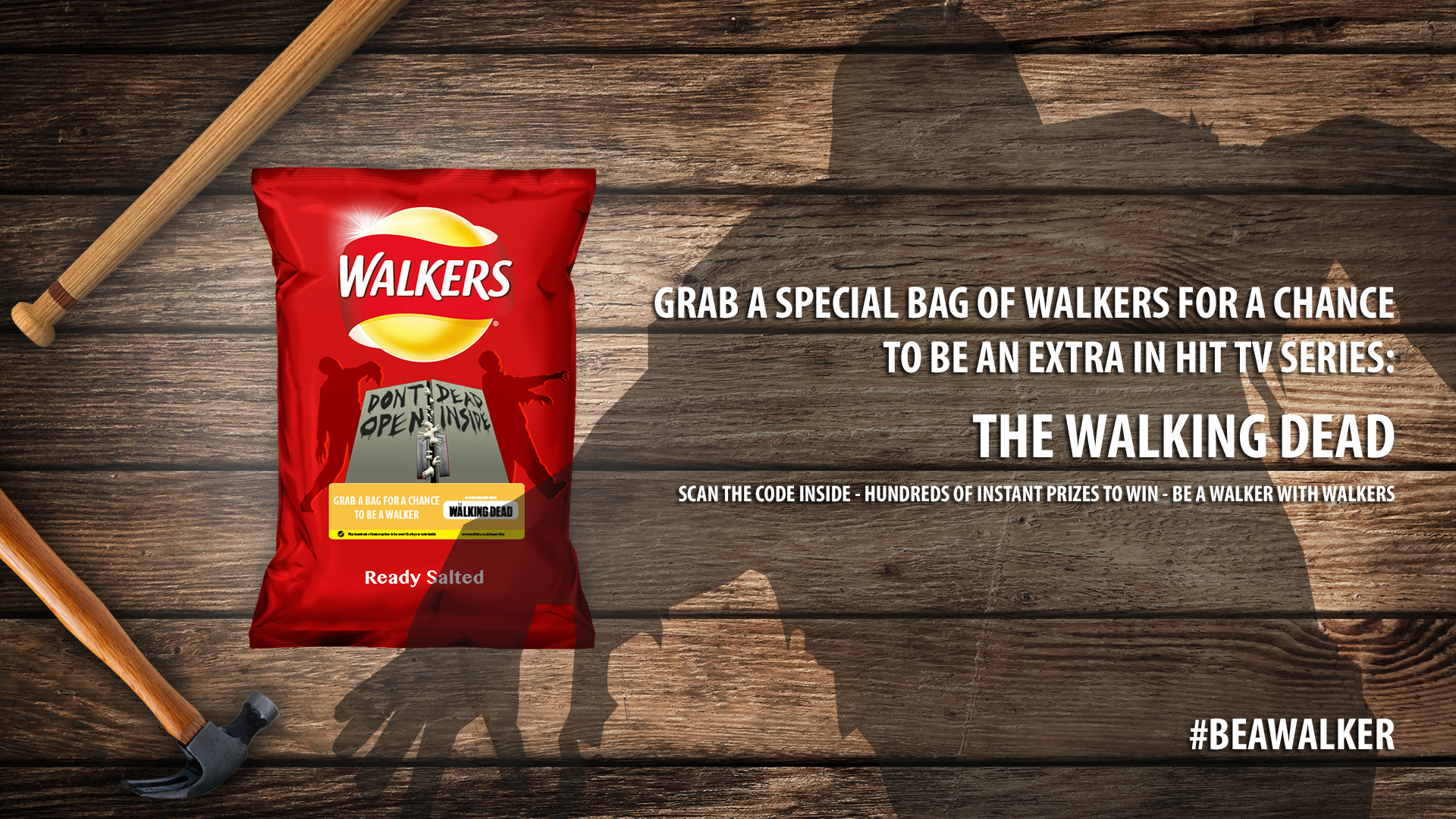 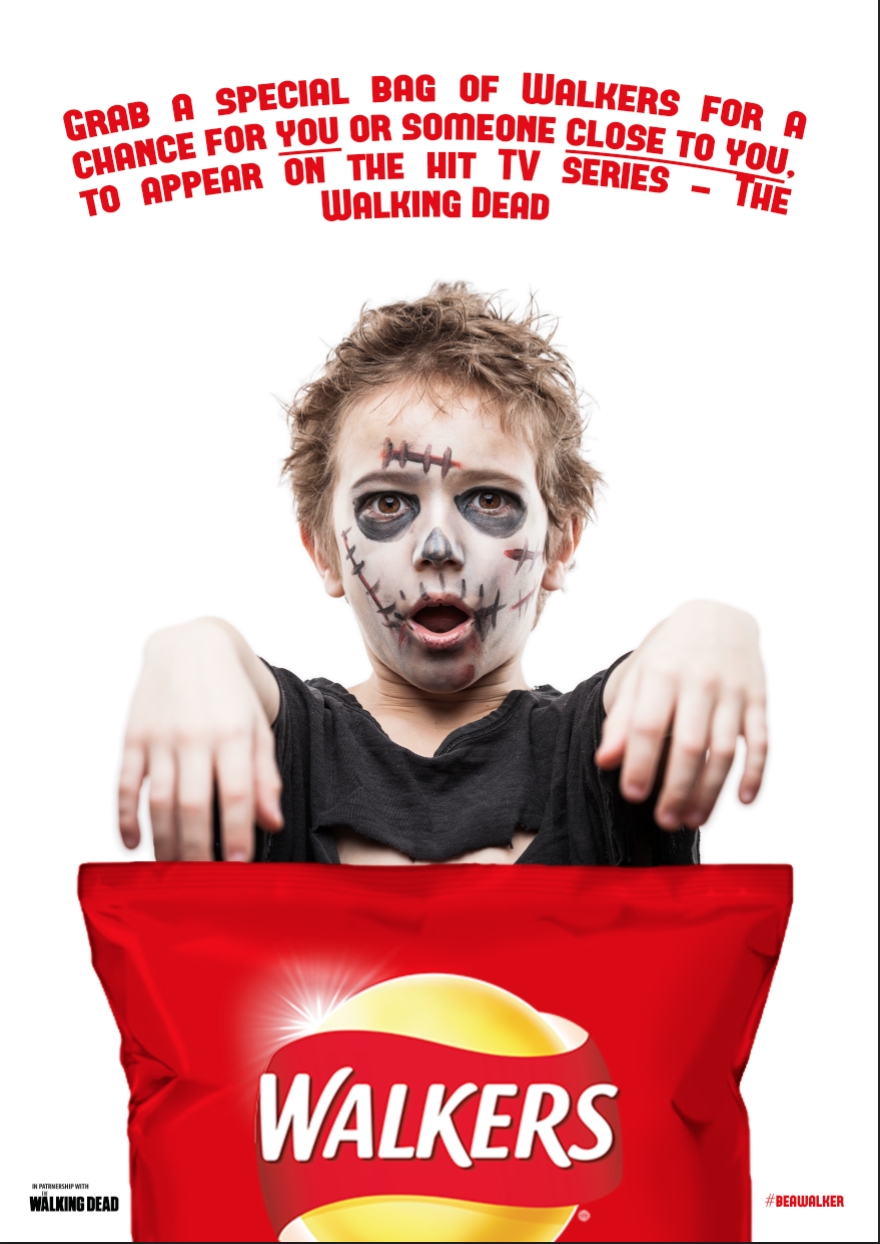 Be a Walker with Walkers

Every year Walkers releases a campaign which tries to out perform the previous year, in term of concept and customer engagement. The main target audiences are moms and young adults (18-34 year olds). The idea came about after it hit me that the hit TV series-The Walking Dead, calls the zombies "walkers". This creative spark snowballed. The viewing demographic for the show is young adults. The campaign would run throughout summer 2017, the show season begins around the time the campaign would conclude. The prize would be being able to be on the show as a "walker" extra. 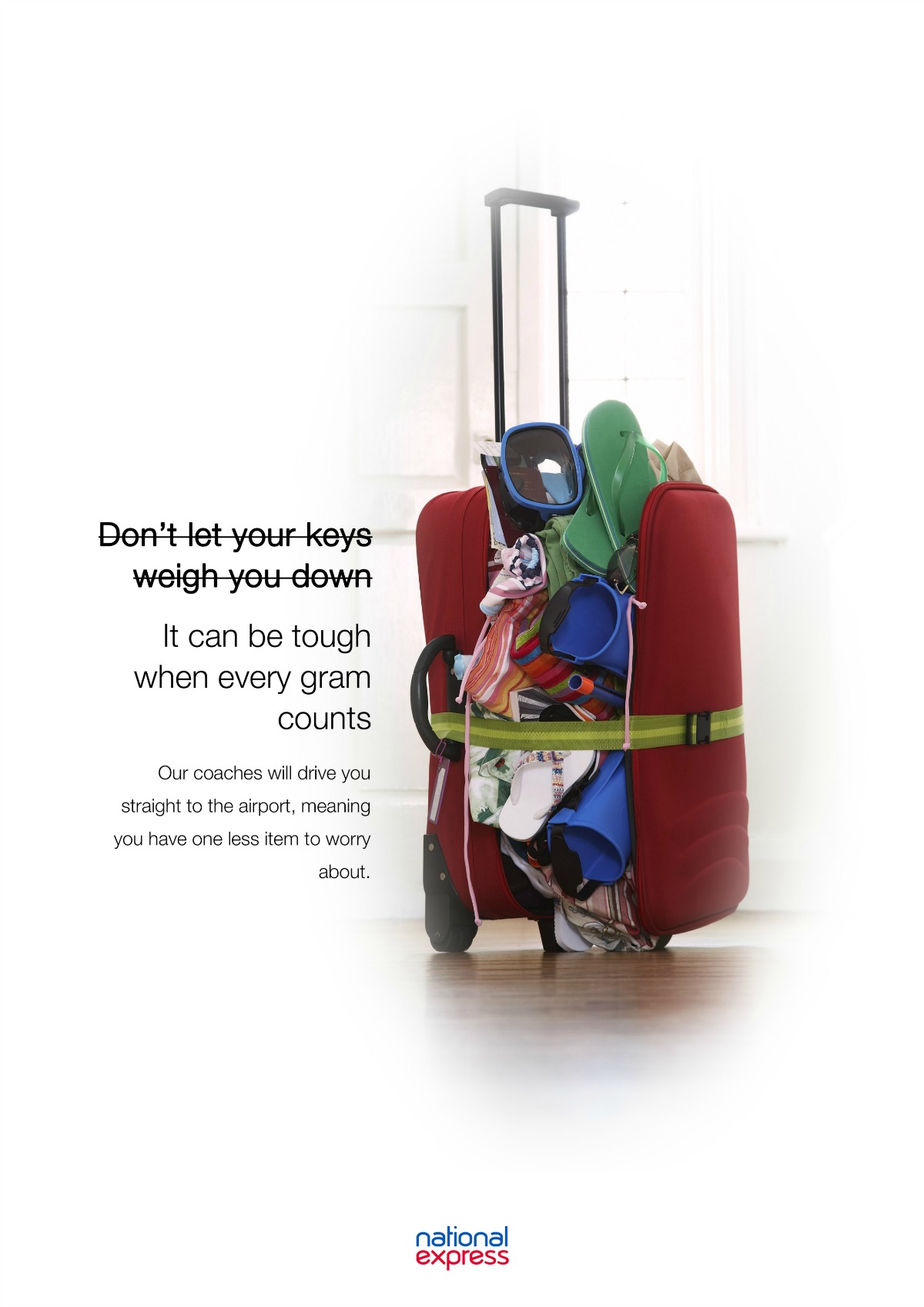 Print piece from my National Express campaign. I created a campaign for summer 2017. The idea that you NE coaches can take you right to the airport, you don't need to drive/take your car keys. Concept you need a holiday, not your keys. Tried to create a humorous campaign, while sticking to the tone of voice for the brand. Above was created through the insight that when you are packing your suitcase, you are always conscious about how much it is going to way. Nobody wants to pay extra. Funny if it was your keys putting it over the weight limit. Taking your keys means you have one more thing to worry about. Hence the campaign. 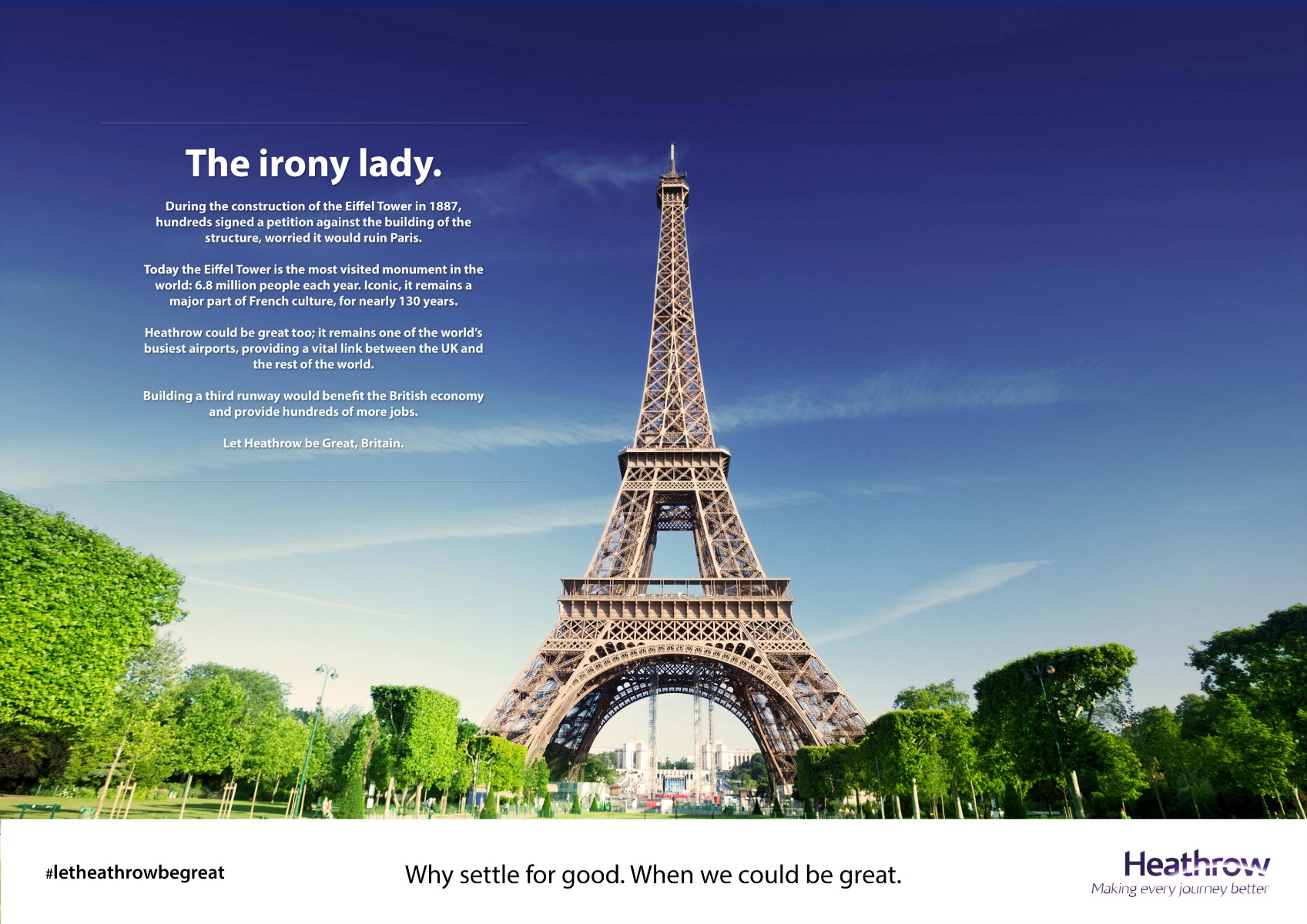 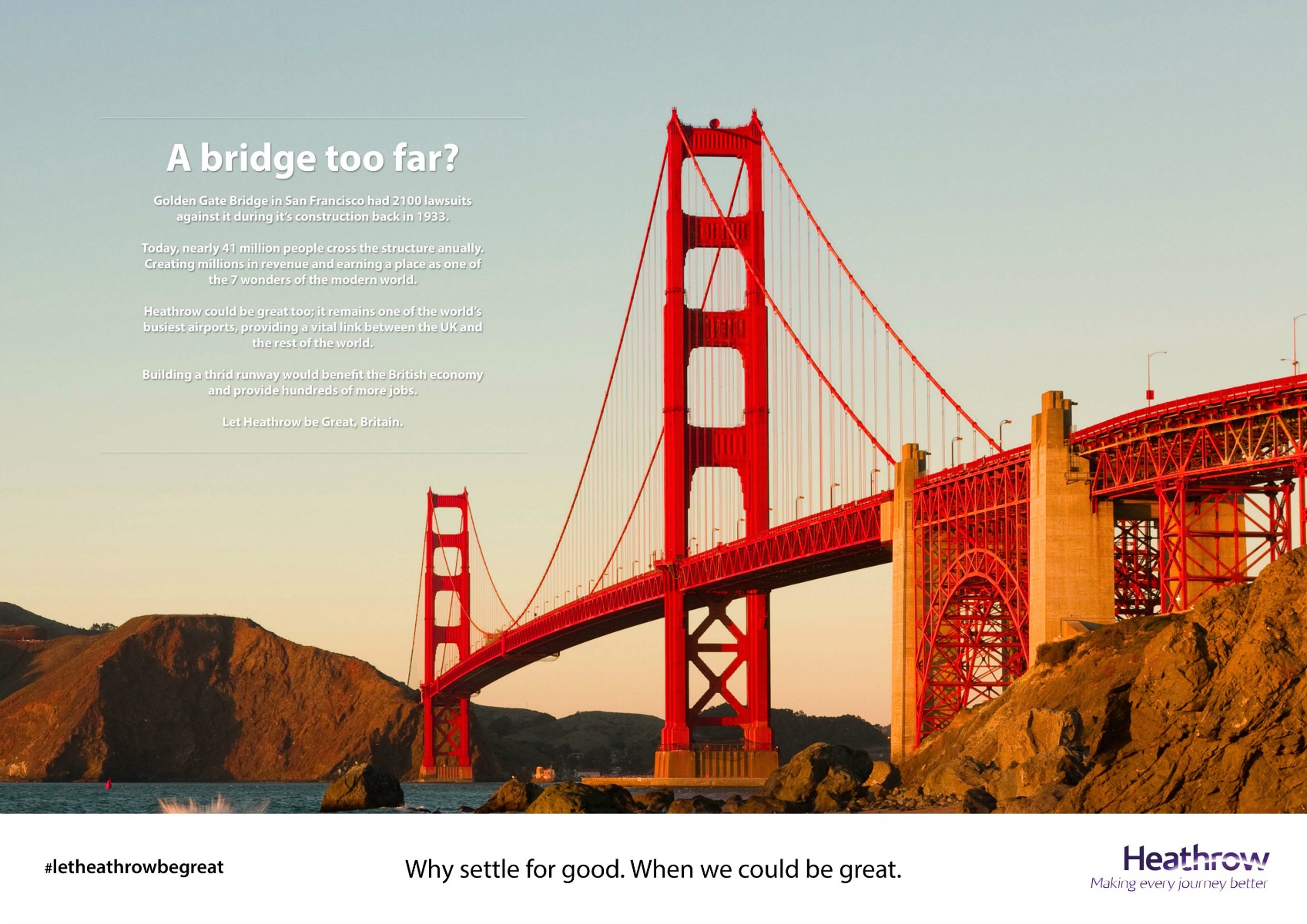 The brief was that Heathrow wants to have a third runway. A topical brief, good to have in a portfolio. There are a lot of people for and against this extension of Heathrow. The previous campaign was very rational, so I tried to make a campaign which makes people think and maybe give the runway a chance. Idea behind the work is famous buildings from around the world, which people didn't want initially, however now do plenty of good for their home nation and we can't imagine life without. Give the people of Britain something to be proud about, as the airport is already the busiest in Europe. 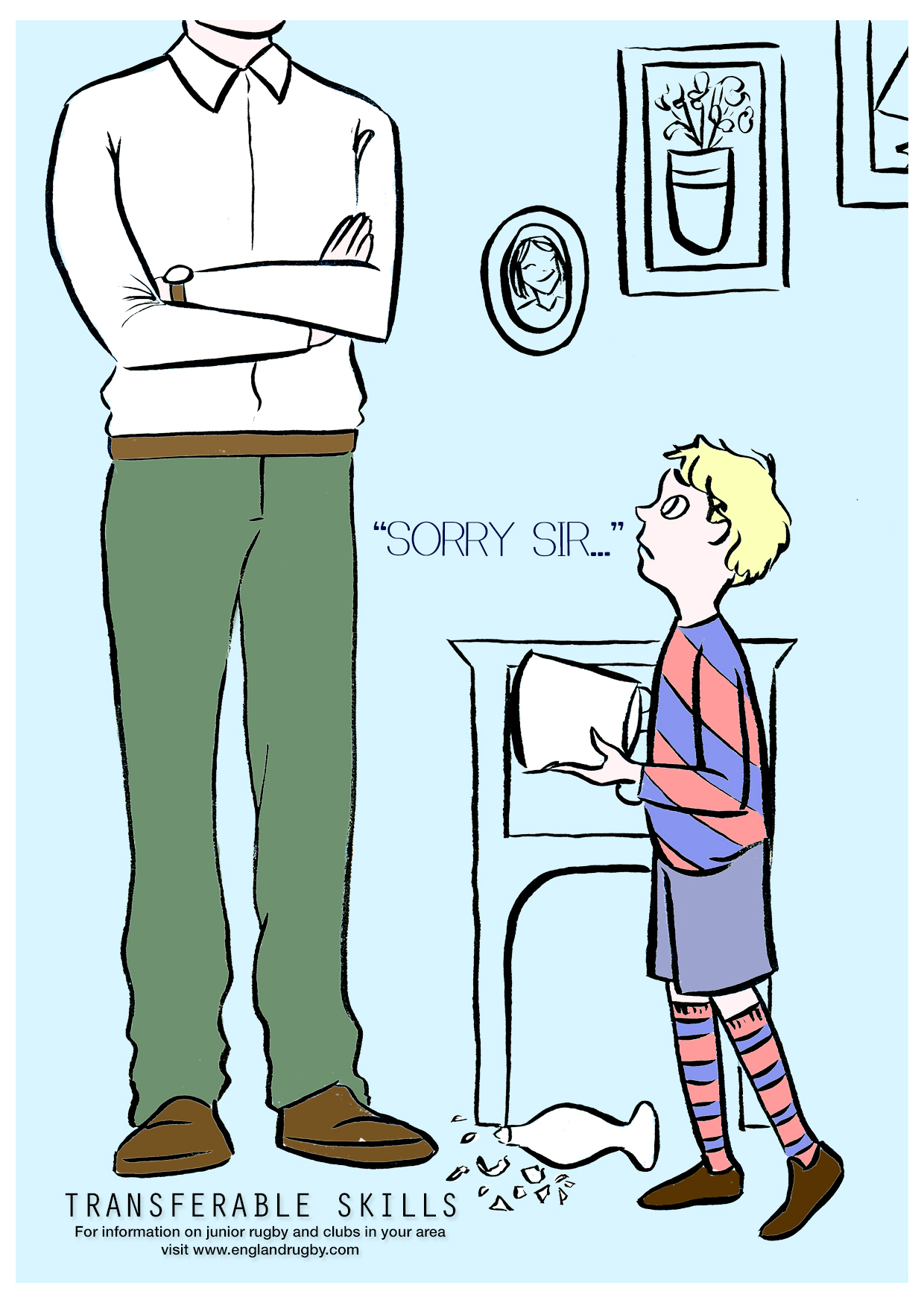 I created a print campaign designed to encourage parents to get their children to play rugby. The challenge was getting over the obstacle of parents fearing that the sport would injure their child. Contact doesn't come into later years anyway, its more of a run around and a chance to make friends. I researched about how rugby benefits children as they grow. However its all been heard before "fitness is good...". I decided to try and add some humour to it and tell a story using illustration (in collaboration with Georgina Jones) in which the how the skills learned in rugby by the child on the pitch can benefit the parents of it. For example above. Good manners. 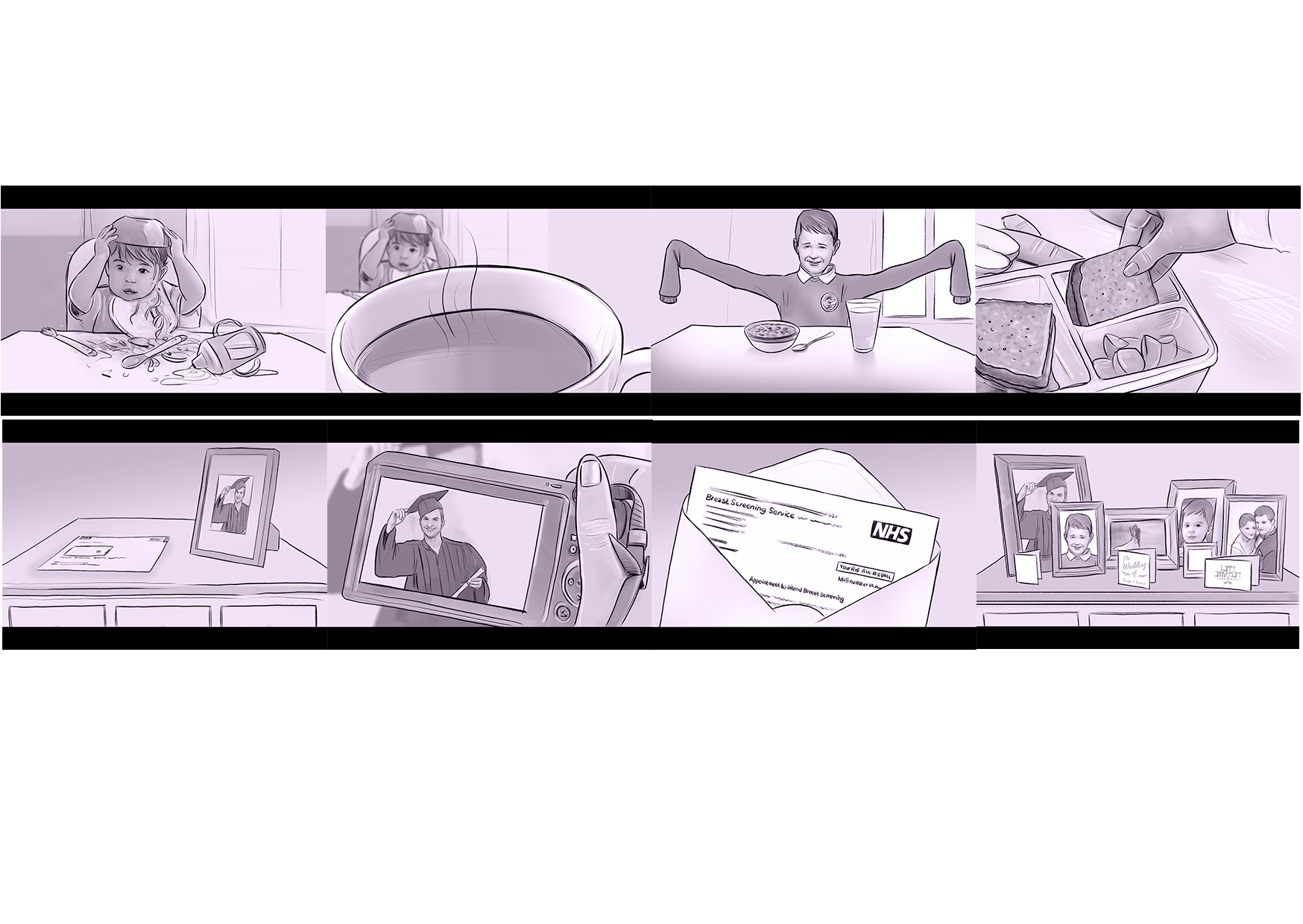 We had a competitive one day brief, in which we had to design a design a 30 television second advert. The prize was we would get our work professionally storyboarded and made into an Animatic. In a small group of myself and Rebekah Burke (also on course) we spend the day working away at several concepts, settling on my idea of time and how quickly it goes. It was a nice insight, which brought to life an important topic. Here is the storyboard of the ideas. 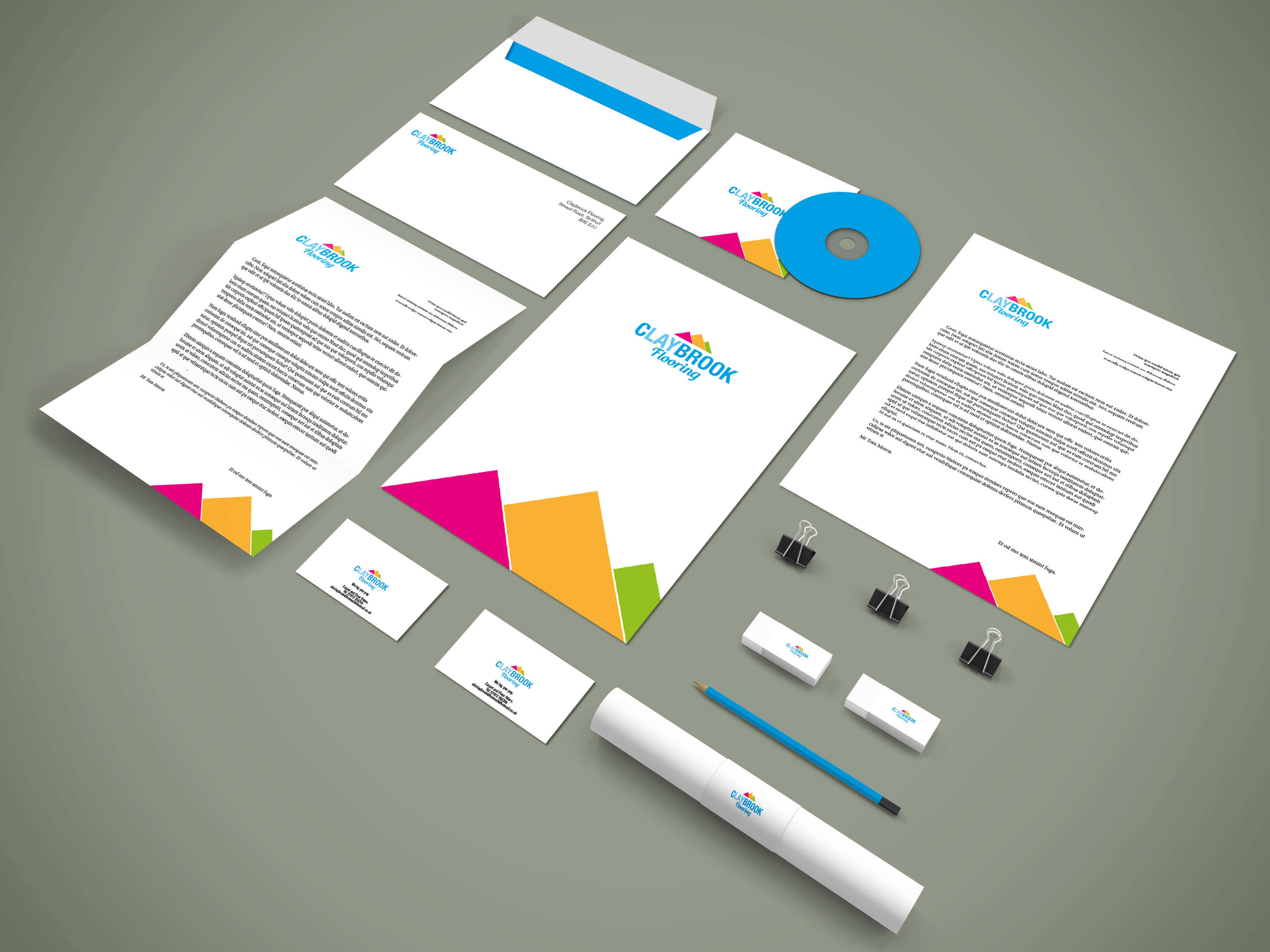 I had the opportunity of working with my mate and his brother, through working on their brand identity. Its only a the two of them, however the hope is they will expand in the future. I wanted to create something that was a bit different to the usual flooring brand identities, and the fact that they are bubbly, approachable people, I would incorporate this into the brand's identity.