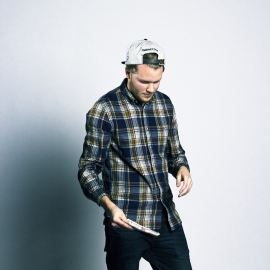 I come from a small country town named Stone in Staffordshire apparently, lots of trees, lots of grass, its nice, its home.

When it comes to creative thinking I believe the idea stands head and shoulders above any other element. I like to add as much humour and wit into anything I'm producing, it makes everything so much fun.

I see myself as an Art Director, and one day a big shot Creative Director, making all the executive creative decisions, and making big time moneys. 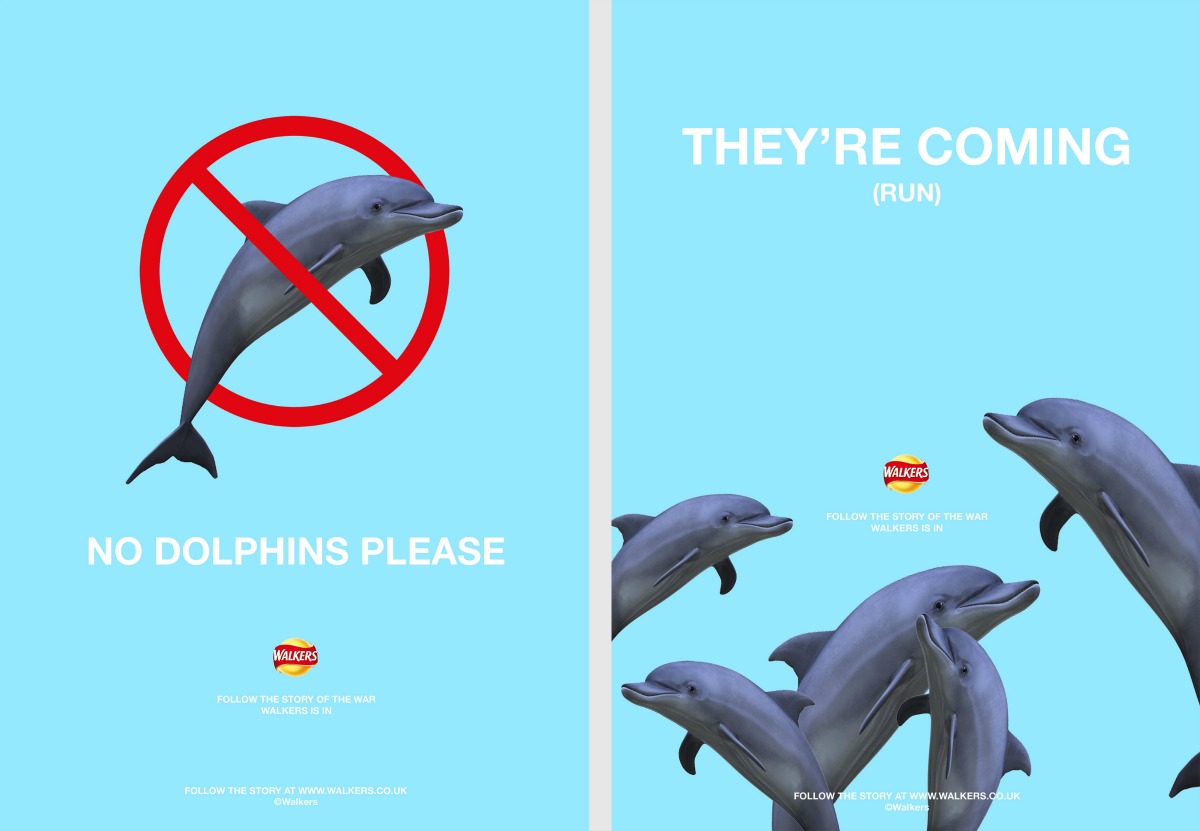 Walkers have asked for a completely new campaign for 2017 as a YCN student awards brief. A new flavour campaign would just saturate the brand in this area of advertising. I decided to bring two concepts together that previously had no relation, and produce a campaign from it. Therefore I brought together dolphins and Walkers crisps, could they be more different?

After working with dolphins on print, I then moved onto motion ads. The first of which is simple but effective, it gets the idea about the dolphins across in 30 seconds. The second will come further down the narrative of the campaign, it shows a fighting force from the dolphins upon the humans.

The campaign will also stretch to social channels where the public can interact and get involved with how the narrative develops, people can choose to back team dolphin or team human. 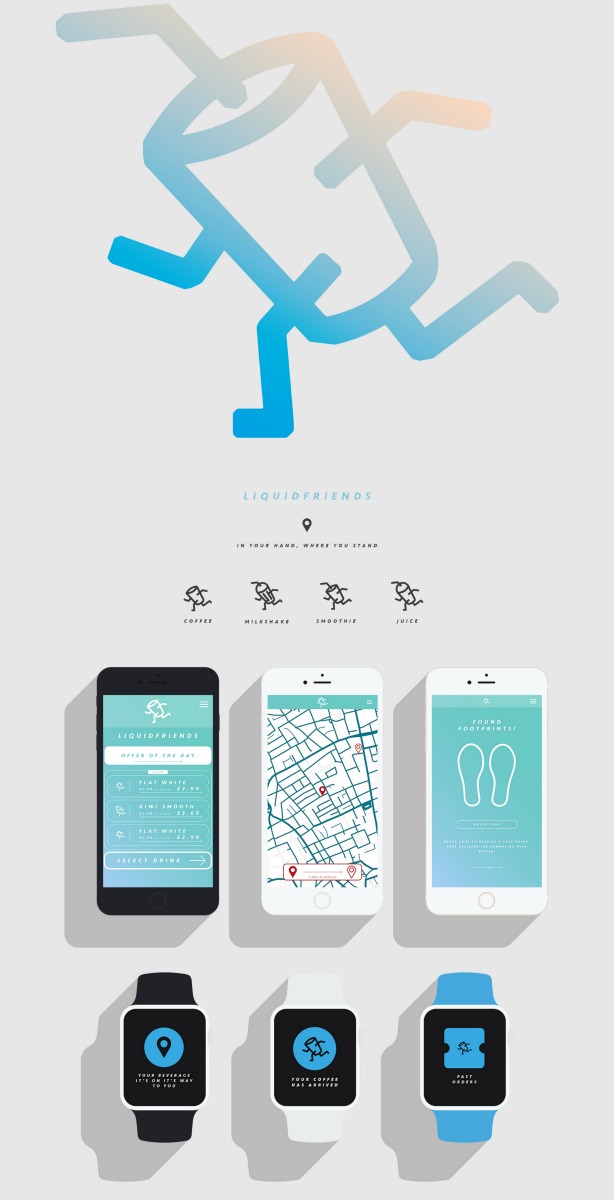 LiquidFriends is an app based beverage delivery service than allow a customer to order a drink and have it delivered right into their hand wherever they stand. The service offers a wide range of drinks, including smoothies, juice, milkshakes and hot beverages. The user experience is simple and to the point, select a drink, pin point your location, or have it delivered to another location, and order. The app that comes free with the service will also come in an app supported for the Apple watch, allowing for quick and easy updates on beverage whereabouts and orders.

This ad shows How ordering and delivery is simple. You can order from wherever you stand, and have the beverage delivered into you hand, all you need is connection to the internet (4G connection). It also shows the care and effort made by LiquidFriends to get the drink to the customer, they will travel across all terrain to the beverage into the customers hand. For an interactive campaign I went down the route of 'In Your Hand, Where You Stand.' If customers find footprints in the street, they could receive free delivery, drinks and other goodies. Once found they simply scan the footprints using the free app to see what rewards they will receive. The print ads that tell the public about these footprints actually are adapted to their surroundings, for example, if the ground is made of bricks, the print ad will have a brick texture. This hints towards the footprints being nearby and will get the customers consciously on the lookout for them.

As the fresh meat for BCU's The Agency arrive in to their champion positions, a video was needed to show other students around the uni and potential clients who they will be working with. I directed, filmed and produced the short film. I had the idea of getting the champions to write down their name and overlay this over a small piece of footage of them working and enjoying their time in The Agency. 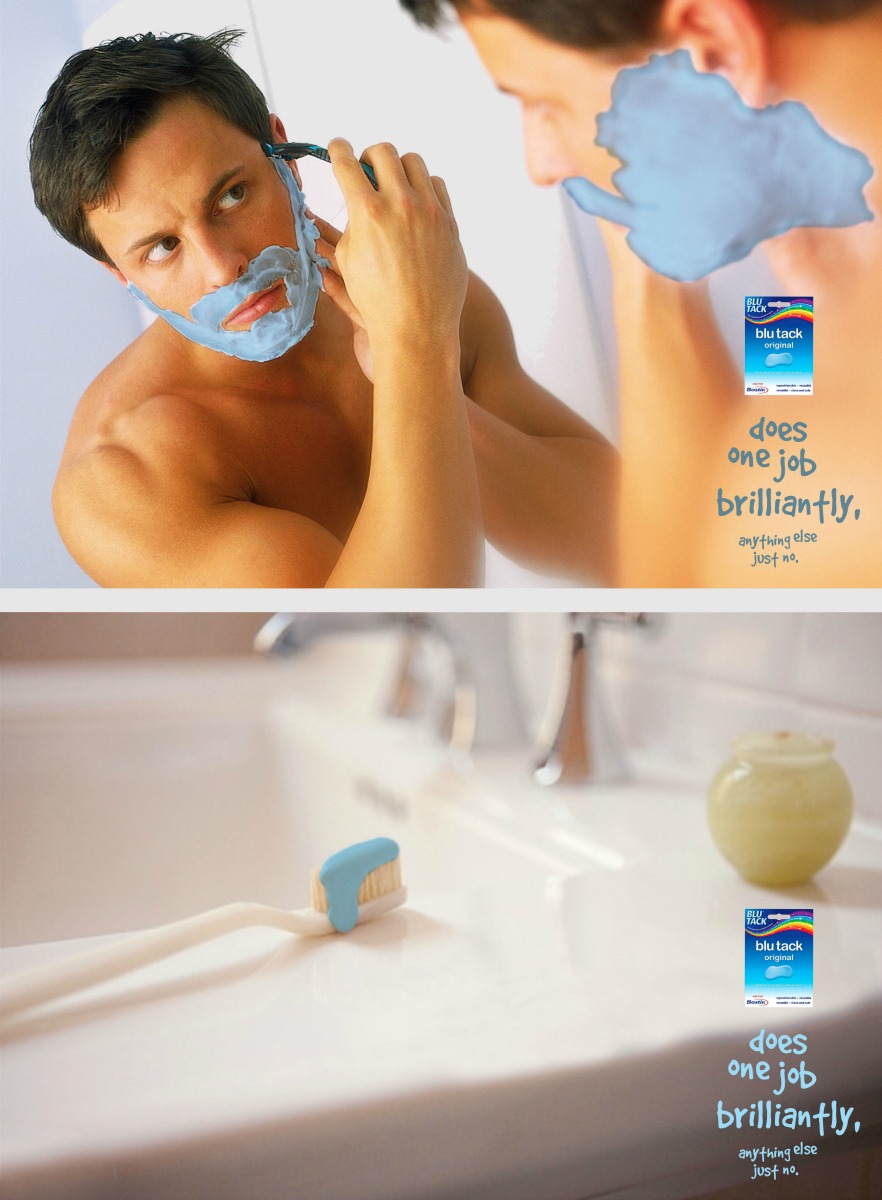 I created a Blu Tack brief, to bring Blu Tack in the public vision again. Everyone knows how to use Blu Tack, they don't need to be told how to, they should just be told not how to use it.

These visuals showing the complete wrong way to use the smart adhesive material are joined with the copy "does one job brilliantly, anything else just no". 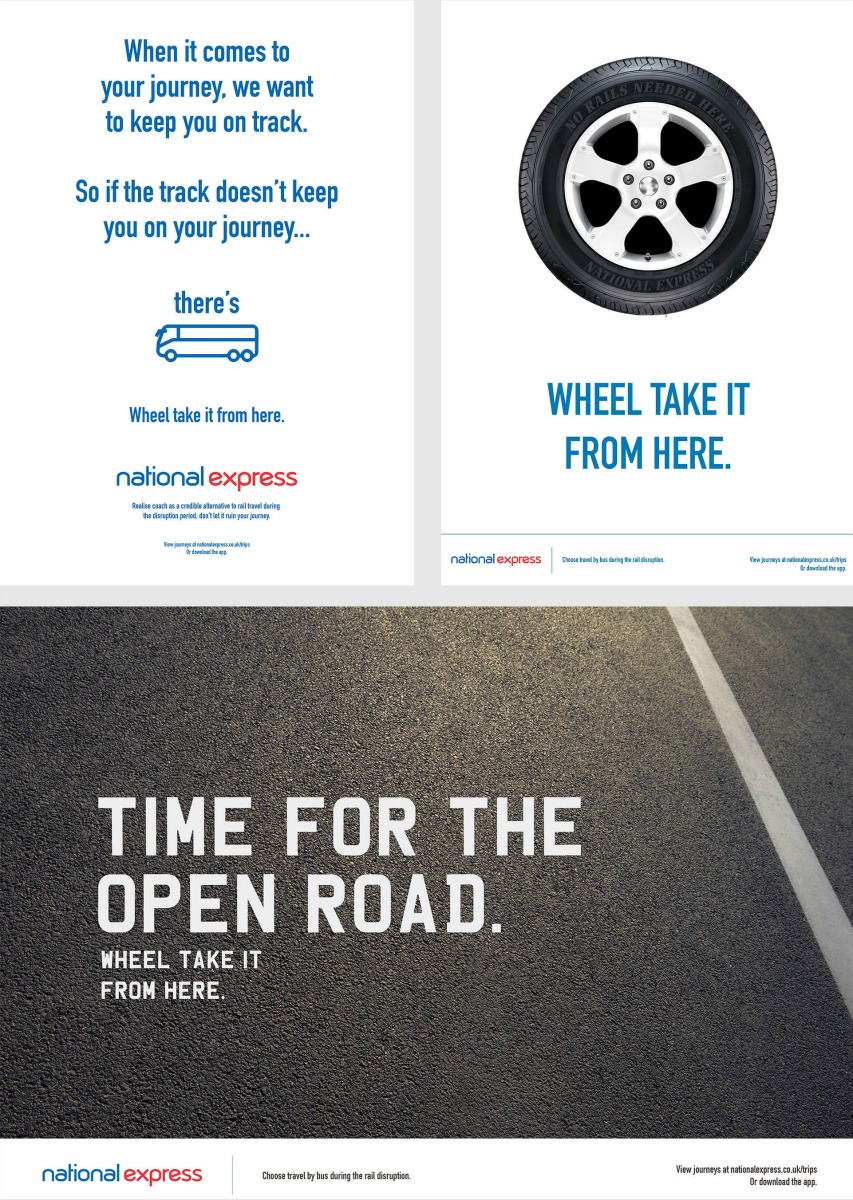 One Black Bear set a one day brief, however, I came late to the session leaving me with only 50 minutes to come up with a selection of ideas. The brief was to help National Express gain custom over the recent planned rail disruption. convincing customers they are the best 'Plan B' for travel, not however, better than train travel.

I managed to come up with a range of creative routes, leading to one main direction; "We'll take it from here." This was later changed to "Wheel take it from here" hinting towards the buses using wheels not rails for transport.

The Ideas down this creative route are full copy print ad 'If the tracks don't keep you on your journey', 'Bus wheel' and "Time for the open road'. 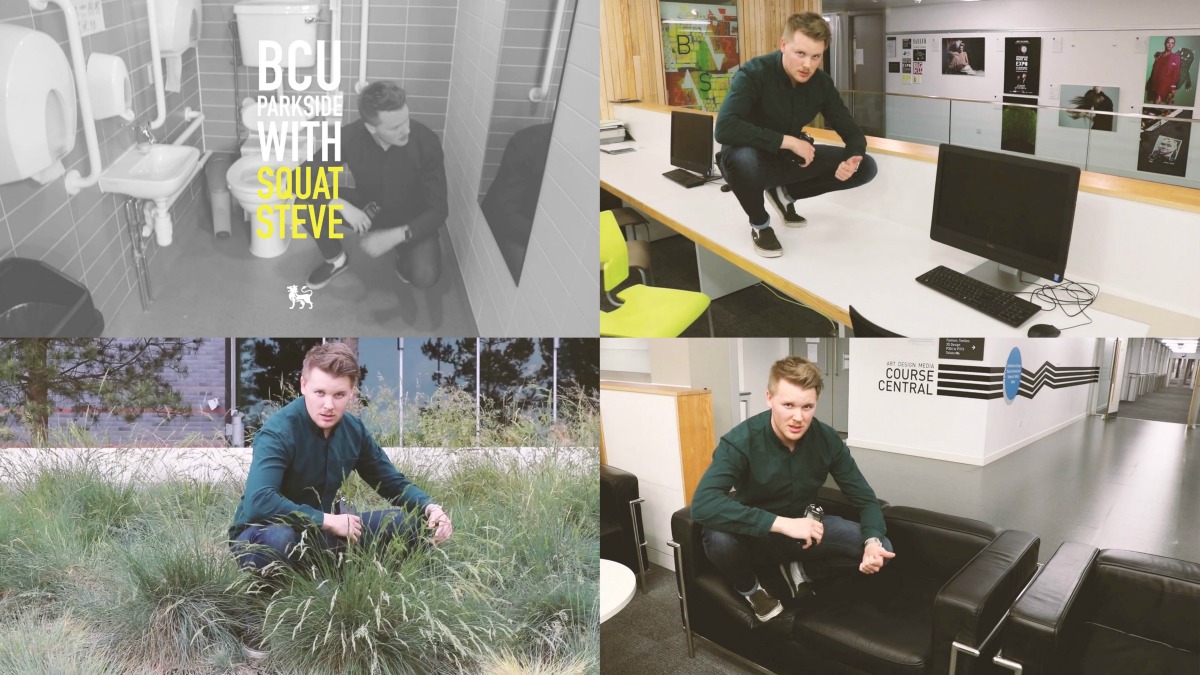 Richard Jones and I wanted to create a university promotional video that stood out from the crown. All universities have the same structure to their promo ads, they show off some facilities, get some student interview/insight, reel off some statistics, and so on. BCU is known to be highly competitive in the courses it offers, this is a given for one of the top UK's second city's university.

We hatched a plan to show of BCU in a humorous manner, what better way to get people watching a video than comedy. I took on the persona of 'Squat Steve', naturally being an incredible actor, this part of the production was a walk in the park.