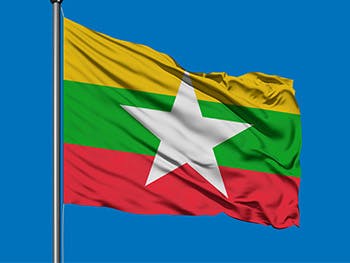 Researchers at Birmingham City University have submitted a report to the United Nations urging Myanmar to put an end to the death penalty, which continues to sentence people to death despite its last execution taking place in 1988.

The report is submitted to the Universal Periodic Review (UPR), created in 2006 by the UN to be a universal mechanism for appraising all 193 UN member states’ protection and promotion of human rights.

Following the success of their US UPR report, Academics from the Centre for Human Rights submitted the Myanmar report as part of the ongoing ‘UPR Project at BCU.’

The University’s recommendations are based on the research and expertise of academics Professor Jon Yorke, Dr Amna Nazir and Dr Alice Storey, who outline a series of steps for Myanmar to take in remedying the country’s human rights issues.

The issue focused upon in the report is the abolition of the death penalty, which Myanmar currently enforces for crimes ranging from drug possession to murder.

The key recommendation made by the authors of the report is that Myanmar should suspend use of the death penalty, with the view of the government abolishing the punishment completely.

To demonstrate its commitment to this, the UPR Project recommends that Myanmar ratifies the International Covenant on Civil and Political Rights and its Second Optional Protocol aiming at the abolition of the death penalty.

The report builds upon the work of Professor Jon Yorke, who attended a workshop in Myanmar in October 2017 as the International Law Advisor regarding instigating a temporary prohibition (moratorium) of the death penalty in Myanmar.

Professor Yorke was part of the Drafting Committee which recommended that the government consider initiating a moratorium on the application of death penalty, pending its abolition.

This report brings together the human rights practice and research being carried out by BCU’s Centre for Human Rights, and gives this important work on abolishing the death penalty in Myanmar a global audience.

The review itself will take place in January/February 2021, following delays due to COVID-19.

We hope that the key actors within Myanmar’s UPR use our report to encourage the Myanmar government to abolish the death penalty.