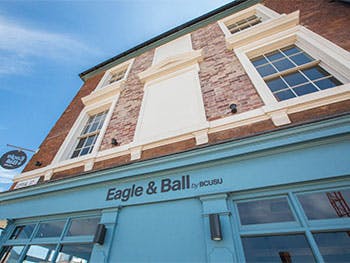 After standing derelict for almost 10 years, an unloved Birmingham pub will open its doors once again as it welcomes new students to the University.

From September, the Grade II listed Eagle and Ball public house will be the proud new home of the University's Students' Union.

Built between 1840 and 1850, the pub is Victorian in style and still includes many of the original features including stain leaded windows, original tiled and wooden floors and period fireplaces.

Split over two levels, the pub has been lovingly restored, and although a student pub, it will also be open to the public offering food and a range of craft beers.

We're absolutely thrilled that the Eagle and Ball Public House has been so lovingly restored and returned to its former glory, right at the heart of the new Birmingham City University campus. This will be a popular part of the Students' Union with both current and future students, and will show future generations a real piece of Birmingham’s history. 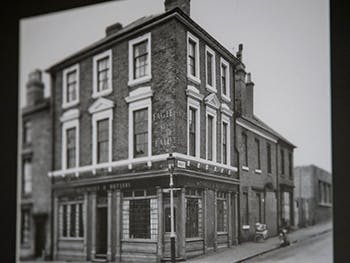 The restoration forms part of the University's City Centre campus development plan. The latest addition being The Curzon Building which also opens its doors to students this September.

The Curzon building will provide new teaching facilities for law, social sciences and the business school, as well as being the main city centre hub for students, providing services such as the library, catering and student services.

The Eagle and Ball will open its doors to students from the end of September, and will be open to the public from October.