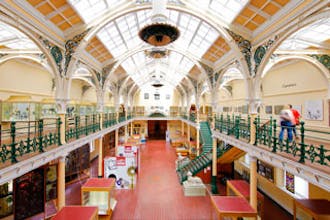 With world-class art, drama, music, dance and performing arts, Birmingham has one of the greatest reputations in the UK for entertainment.

The University is also a leading centre for creative events. The easiest way to find out what’s on is to sign-up for our City Scene newsletter to receive details by email so that you’ll never miss a thing.

The major theatres are the Hippodrome, home of the Birmingham Royal Ballet, the New Alexandra Theatre and Birmingham Repertory Theatre – all offering a mix of classical drama, ballet, opera, and musicals.

The Midland Arts Centre, in Cannon Hill Park, stages a range of theatrical events and films, as well as workshops and exhibitions. The Royal Shakespeare Company at Stratford-upon-Avon is 45 minutes from the city, and if you're under-25 tickets cost as little as £5.

6,000 Nearly 6,000 of our own students are enrolled on courses in music, theatre, writing, media, digital technology, art and design.

If you’re a film fan, Birmingham offers everything from the latest movies at the 30-screen Star City, the UK's largest cinema, or you can step back in time at ‘The Electric,’ the oldest working cinema in the UK. We even stage film premieres – Tom Hardy’s Locke, George Clooney’s The Perfect Storm and Will Smith’s Hitch have all had their UK premieres in Birmingham.

BBC’s hit TV series Peaky Blinders, starring Cillian Murphy, is based on a Birmingham gang from the 1920s. 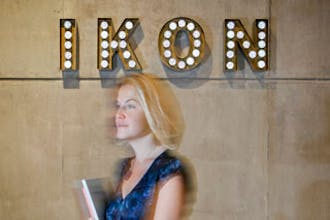 The city has some of the finest galleries in the country. Birmingham Museum and Art Gallery features some of the Staffordshire Hoard collection, along with part of the largest public Pre-Raphaelite collection in the world.

The Barber Institute of Fine Art hosts an outstanding collection of Renaissance and Impressionist art, and the Ikon Gallery showcases stunning contemporary work.

A visit to the city’s world-famous Jewellery Quarter is a must, where you can see craftspeople make traditional jewellery which is sold to the public.

Our own Parkside Gallery is open to the public and shows the work of students and staff, alongside established artists and designers.

The Gallery has recently featured the talent of Ian Emes, creator of the animated films accompanying Pink Floyd’s ‘The Dark Side of The Moon’ album, and Trends – an interior design forecasting exhibition.

The Birmingham International Jazz and Blues festival is the largest jazz festival in the UK, and the city's St Patrick’s Day Parade is the third largest in the world.