Durand’s Édition Classique (c.1915–25) as a French Prism on the Musical Past 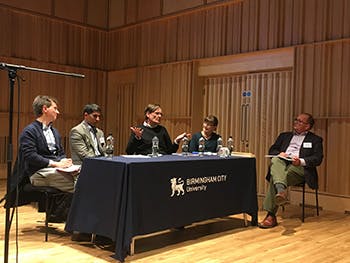 ‘Accenting the Classics’ (AHRC-funded project 2016-19; full bid value £461,583) explores the output of French music publisher Jacques Durand, focussing on his firm’s major edition of the music, the Édition classique. The Édition is a significant and vast collection of European piano music from the eighteenth and nineteenth centuries, which was edited by well- and lesser-known early twentieth-century French composers, together with musicologists, performers and teachers. Despite featuring established French figures as editors, it has been largely dismissed by musicians and over-looked as a subject for research. Whilst other fin-de-siècle editions, such as Saint-Saëns’s Œeuvres complètes de Rameau, have been the subject of thriving research, the contribution of the wartime Édition classique to this forum is only now being revealed. The ‘Accenting the Classics’ project explores the volumes of Durand’s Édition dating specifically from 1915–1928, in order to discover more about attitudes to the musical past in early twentieth-century France, and to hear how the past was made to sound to French ears.

Background and methods of research

The research project gained a solid foundation following the creation of the French Music Research Hub in 2014, launched by the hosting of an international symposium, ‘Historical Interplay in French Music’. Putting together a strong team of researchers with a range of interests in French music, the team spent six months developing and refining an AHRC research grant application. The research for the project began as something of a detective game, trying to acquire second-hand original volumes on Abe Books. Beyond this, an ambitious mix of techniques has proved necessary to deliver new knowledge that charts the breadth and cultural scope of the edition, but also probes the depth in music case studies. Therefore, the research methods involved are wide-ranging, including historical, cultural, analytical, editorial and performance-related approaches to the Édition.

The project will benefit musicologists, cultural historians and music performers by increasing knowledge and understanding of how earlier history was viewed from a specific time and place (early twentieth-century Paris). More widely, the project links to topical debates about nationalism, European transnationalism and internationalism. The project’s research is also intended to be of use in teaching, as well as helping Conservatoire students to foster more critical attitudes to using editions in performance.

The project includes two main research outputs: a large annotated catalogue of Durand’s Édition, and a co-authored book to be published by Boydell & Brewer. In addition, the research team organised an international conference at the Royal Birmingham Conservatoire in September 2018, part of a large-scale Festival Parisien (February 2017), as well as a performance workshop for Junior Conservatoire students (June 2019) that aimed to explore some of the practical performance implications of the project’s research findings.

Find out more about the team behind the project.
Meet the team >>