The Conservatoire has an excellent track record in attracting external funding for its research. Here are some of the major funded projects either currently running or recently completed. 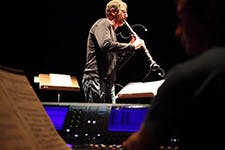 Integra Lab is an interdisciplinary research lab based at Birmingham Conservatoire, with a focus on musician-computer interaction. The lab was created in 2009 as a spin-off from the €3.1m international Integra Project, supported by the Culture 2007–2013 programme of the European Union.

Find out more about the Integra Lab project >>

The corpus of 12 Latin treatises by the 15th-century musician and theorist Johannes Tinctoris (c. 1435–1511) is widely acknowledged as one of the most significant and comprehensive sources for late medieval musical notation and compositional process, as well as a central focus for important recent research on musical aesthetics and reception at this crucial turning-point in western European culture.

Find out more about The Complete Theoretical Works of Johannes Tinctoris: A New Digital Edition >>

'Accenting the Classics': Exploring the musical past through French publishing 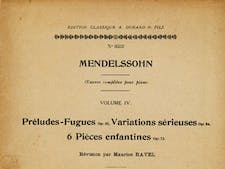 This research, ‘Accenting the Classics’, aims to measure a varying French accent brought to bear upon earlier European music. In order to achieve this aim, the project focuses on French publisher Durand’s Edition classique (particularly volumes from the decade 1915–1925), a vast collection of European piano music that, despite featuring established French composers as editors, has been largely dismissed. In essence, the project looks to discover more about attitudes to the musical past in early twentieth-century, wartime France, and to hear how the past was made to sound to French ears.

Find out more about Exploring the musical past through French publishing

A further, valuable extension of our recent compositional research has involved the work of Dr Liz Johnson on the Soundbeam 3DOM project, bringing creative music-making into the lives of adults with physical disabilities.

Soundbeam is an award-winning ‘touch-free’ device which uses sensor technology to translate body movement into music and sound. Dr Johnson’s project, along with a parallel project funded under the Cultural Engagement Fund scheme of the AHRC, has been funded by Arts Council England.