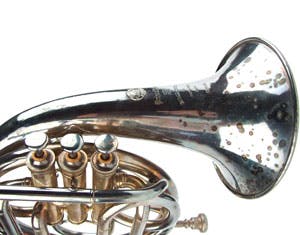 The collection was founded in at the beginning of the twentieth century and has been augmented over the years by several major donations. Read more about the history of the HIC here.

In 2008, Birmingham Conservatoire was awarded a substantial grant by the Arts and Humanities Research Council to catalogue the collection to produce a detailed inventory of its contents.

The catalogue goes much further than a simple checklist of items, recording details of the instruments which will be of equal use and interest to the academic, instrument maker and amateur enthusiast.

Photographs were taken of the majority of the instruments, not only for purposes of identification, but also to record and illustrate specific features of each instrument, whether common or unusual.

Complementing the images and instrument details are sound recordings of many playable instruments in the collection. These recordings were made by specialist performers in the field of period instruments. They also made numerous comments on the instruments from a player’s perspective.

All of the specialist performers showed an admirable amount of patience when playing the instruments, most of which were not in as good a condition as their modern reproductions.