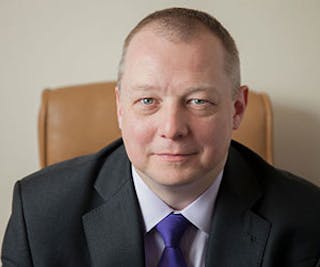 Jonathan Andrews graduated in 1991 and has since seen his career in corporate fundraising for charities go from strength to strength, working in the sales department of Unilever; then onto fundraising at charities such as the Royal Society of Arts (RSA), Age Concern and Alzheimer's Society.

At the beginning of 2013, utilising his specialism in corporate fundraising, he created ‘Remarkable Partnerships’, a corporate partnerships consultancy. He studied Economics at Birmingham City University.

I chose Economics because I enjoyed studying it at A Level. In particular I was interested in macro-economics and and how some countries are very rich and others are very poor. I chose to study in Birmingham because it was a big city and I wanted to be somewhere with a lot going on including sport and night-life! I thought the teaching was very good. In particular I enjoyed International Economics. Also Methodology with Professor John Pheby and his frequent references to Monty Python...

After leaving University, Jonathan joined Unilever as a graduate trainee in Sales. He was there for five years and his last role was selling Peperami into the licensed and off-licence trade. Studying Economics meant that he was very interested in working in business, so it made sense to work for a big company like Unilever. However, he said he was also very interested in the developing world and always felt it was wrong that so many people across the world were living in poverty, hungry and dying of curable diseases, which hugely influenced his move into the charity sector.

Jonathan joined Action for Children as a corporate fundraiser, creating partnerships between the charity and companies. He ended up leading the corporate partnerships team where he created the fundraising event 'Byte Night' which has now raised over £7 million to prevent youth homelessness. He also led fundraising teams at Age Concern and Alzheimer's Society. At Alzheimer's Society, his team grew fundraising income from £4 million to £16 million in four years.

He added: “At the beginning of 2013 I set up my own company called 'Remarkable Partnerships'. It's a corporate partnership consultancy and I help charities create partnerships with companies so they can raise more money and gain other benefits such as increased profile and volunteers. My plans for the future involve making my new business a big success!”