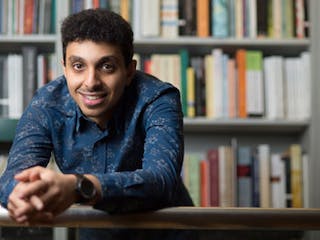 The Stories of Sacrifice exhibition opened in Manchester last year, informing the public of the World War One contributions by Muslims. After the success of that launch, Police Chief Constable Ian Hopkins has requested a mobile version of the exhibition be installed in the foyer at the Greater Manchester Police headquarters.

Stories of Sacrifice, commissioned by the British Muslim Heritage Centre, was originally produced to mark the ongoing centenary of the War and was the first ever exhibition devoted entirely to the Muslim contribution to the conflict. Also among the findings was the fact that 1.5 million Indians and 280,000 Algerians, Moroccans and Tunisians fought for the Allies during the war, as well as soldiers recruited from other parts of Africa. Nearly 3.7 million tonnes of supplies and more than 170,000 animals were shipped from India to support the war effort.

The installation gained prominence after revealing that twice as many Muslim soldiers fought for the Allies during World War One than previously believed. After researching historical stories, documents and artefacts Curator Dr Islam Issa, discovered that at least 885,000 Muslim soldiers were recruited for the war effort, more than doubling the 400,000 figure previously reported.

Dr Issa found that Muslims involved in the war effort came from as far as Algeria, Morocco and Tunisia and that at least 89,000 Muslims were killed fighting for Allied forces under French or British command. The roles included front-line soldiers, trench builders and those transporting vital goods and materials. Research also revealed that at least 20 per cent of all British Empire recruits were followers of Islam and that the financial and material contribution from India alone was £479 million - £20 billion in today’s money.

The exhibition will remain at the venue for two weeks for GMP officers and staff to view.