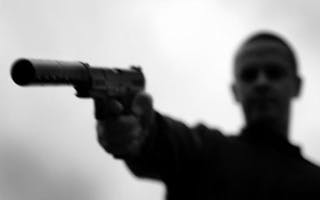 Criminology Professors David Wilson and Elizabeth Yardley, Visiting Lecturer Donal MacIntyre and Research Assistant Liam Brolan have published their research in the Howard Journal of Crime and Justice on British hitmen. They analysed the characteristics of British hitmen by identifying newspaper reports on contract killings, to create a ‘typology’ to name different types of hitmen.

There has been very little academic research on hitmen, mainly because they live in a very secret world. Media representations of hitmen show them as professional gangsters or spies, but the researchers have defined a hitman as:

To carry out this research, the researchers used the Nexis database (electronic database of British newspapers) to find news stories with the phrases of ‘hitmen’, ‘contract killing’ and ‘United Kingdom'. This resulted in a sample size of 144 which was analysed according to the age of the hitmen, how many people they killed, how they were caught, method used and date, place and time.

Through this research study the academics aim to:

The four categories of hitmen are:

The Novice – This is a beginner who is carrying out their first ‘hit’ for example the 15 year old schoolboy Santre Sanchez Gayle who killed a man for £200.

The Dilettante – The oldest of the hitmen, they don’t have a criminal past and use it as a way to resolve a personal crisis. Orville Wright is an example of this, a hitman who decided not to go through with it after talking to his victim.

The Journeyman – The experienced career criminal who has strong criminal connections, which makes it easier for police intelligence to detect.

The Master – Mysterious and successful, they are skilled from a military background and travel to locations without ties to carry out hits.