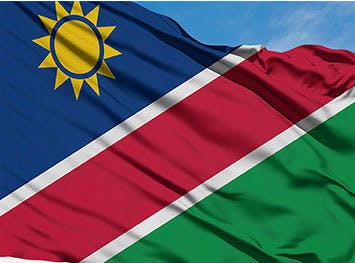 A research group within BCU were recently selected to attend an important event at the United Nations (UN), alongside government representatives, in order to raise awareness of human rights concerns within the African country of Namibia.

As part of The UPR Project at BCU, Alice and the team are working on a range of challenges, including abolishing the death penalty, Islamophobia, climate change and women’s rights.

On Friday 26 March 2021, the UPR Project served as a panellist for Namibia’s UPR pre-session, based upon a report the team submitted regarding the rights of women and girls living with HIV in the country.

Alice, who gave the talk at the pre-session, says this issue is of great importance in the country.

“Women and girls make up 60 percent of those infected with HIV in Namibia, and while the government has made significant progress in tackling the epidemic, women and girls are still facing stigmatisation,” she says.

“This has led to women being afraid of seeking out testing for HIV and ultimately not receiving antiretroviral treatment. As such, this serious issue must be addressed.”

Alice’s attendance at the UPR pre-session enabled her to inform global government delegations about this serious issue, and to encourage them to make recommendations on this issue at Namibia’s UPR in May.

Furthermore, Alice has been in communication with numerous government representatives on this issue.

Alice’s talk proved positive - during the session, a representative from Namibia’s Ministry of Justice invited Alice and the panellists to engage in a consultation with the Namibian government.

“This will see me working with the government to try to implement strategies to tackle stigmatisation of women and girls with HIV. The initial consultation will take place over the next month, prior to Namibia’s UPR in May,” Alice reveals.

Alice believes that in order for Namibia to conquer this concern, it needs the full support of the UN.

“Namibia is not alone in needing to tackle gender equality, but it’s vital that as a starting point this issue is discussed during Namibia’s UPR in May,” she says. “This will encourage the Namibian government to put the stigmatisation of women with HIV as a priority action.”

More information, including the statement presented at the pre-UPR session, can be found on The UPR Project – Namibia page.