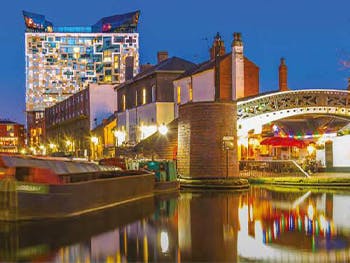 eading built environment academics have released a definitive short and accessible report on placemaking, aimed at explaining how to make city and urban spaces ‘better places’ for residents and workers.

Placemaking: Processes and Practices, authored by experts from Birmingham City University’s Property, Planning and Policies Research Group, explores how and why property owners and managers, developers and designers, and city authorities must consider and apply concepts like ‘attractiveness’, ‘worth’, ‘distinctiveness’ and ‘sense of place’ during the practice of city planning and policymaking.

A variety of competing forces, including physical, political, economic, social and environmental have shaped much of the UK’s built environment landscape. As Associate Professor Silvia Gullino details in the report, “places are considered as perpetually defined by the social processes that take place in/through/because of them, rather than considered static entities fixed in time. Hence places are never finished. As such, the making of places is as much about ongoing processes as about the ‘final’ outcomes.”

In the document, which has made freely available via the University website, academics also suggests four fundamental transformative factors in placemaking: increasing the ‘range’ of urban spaces, re-connecting places with their surroundings, encouraging inclusivity with communities, and improving ‘publicness’.

As well as exploring themes of economic development, urban expansion and ‘degrowth’ across the UK and internationally, Placemaking: Processes and Practices covers legal frameworks, change and conservation, connectivity and ‘smart citizen’ led spaces, along with concepts like energy efficiency and sustainability, and how megatrends of increased globalisation, environmental concerns and disaster preparedness impact on the places we live, work and socialise.

Professor David Higgins said of the report, “In recent years, the concept of placemaking has enjoyed a great deal of attention across built environment disciplines, city authorities, property owners and between citizens. While there is no single, widely - accepted definition of place making, it is generally understood as a process of remaking – or making new – urban spaces to make them more attractive, distinctive, and to generate value. We’re delighted to share this new report which draws together a collection of diverse research to enable society to learn more about placemaking processes and practices, and how these impact the social, environmental, and economic pillars of a city.”