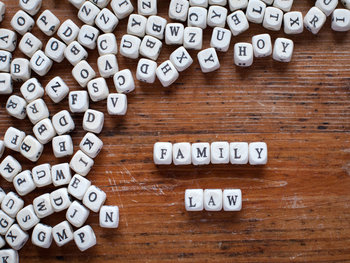 Vulnerable people representing themselves in court are being given biased and misinformed advice by online legal advisors, new research has found.

A study carried out by Dr Tatiana Tkacukova, Senior Lecturer in English Language at Birmingham City University and Professor Hilary Sommerlad, Leeds Law School, assessed the quality of advice handed out by advisors on online forums and social media platforms.

The research took in the advice handed out on 170 Facebook threads by 30 different McKenzie Friends – litigation friends who help advise those representing themselves in court (known as Litigants in Person or LIPs) on a voluntary or paid basis.

Words used to describe Family Courts and social services include ‘gender-biased’ and ‘disgrace,’ while social services are also accused of not delivering, asking ‘stupid’ questions and being incompetent.

The study found only one positive description of a judge in all of the posts analysed, and on three occasions parents were advised to write their own statement instead of following specialist legal advice.

It also showed the range of challenges facing parents who represent themselves in court with many reporting mental health issues, domestic violence and confusion over the legal system.

The research suggests that a framework should be in place to ensure transparency of McKenzie Friends and the advice they provide to help protect vulnerable people in court cases.

Dr Tatiana Tkacukova, Senior Lecturer in English Language at Birmingham City University, said: “The increase in people representing themselves in court means that many parents are struggling to navigate the system while seeking to understand the way courts, social services and the legal system works.

“McKenzie Friends provide a much needed service to offer advice and support to those for whom the legal system and the language of law is completely alien.

While there are many positive experiences, the unregulated environment online means that our research found several instances of worrying, biased and misleading advice.
Dr Tatiana Tkacukova

“The negative portrayals of the courts and social services, alongside the advice to ignore specialised legal advice show a worrying trend towards personal viewpoints and agendas clouding impartial and objective support.

“To help protect the many vulnerable people in these cases, we need to see a move towards a more regulated environment with increased transparency to make sure that people know the information they are accessing and the legal qualifications of those advising them.”

Cuts to legal aid have seen a major rise in the number of those acting on their own behalf in court, with over 80 per cent of private family court cases seeing a least one party representing themselves.

The posts were analysed using specialist ‘corpus linguistics’ software which looks specifically at the use of words, language and tone in posts.