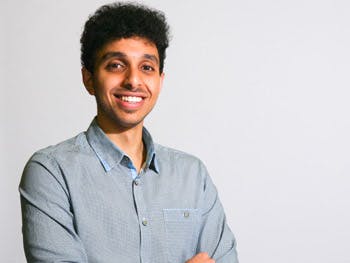 A ground-breaking exhibition revealing the extent of the Muslim contribution to World War One is being hosted at Manchester Central Library.

The Stories of Sacrifice exhibition was launched at the British Muslim Heritage Centre in 2016. In July 2017, it was hosted at the headquarters of Greater Manchester Police at the request of senior police figures.

Manchester's key library is now hosting an abridged version of the exhibition after it was officially opened by the Lord Mayor of Manchester at an event last month.

The installation gained prominence after revealing that twice as many Muslim soldiers fought for the Allies during World War One than previously believed.

After researching historical stories, documents and artefacts, curator Dr Islam Issa, discovered that at least 885,000 Muslim soldiers were recruited for the war effort, more than doubling the 400,000 figure previously reported.

It also brought to light a number of personal letters detailing the experiences of soldiers during the conflict and the role football played for those fighting in the Great War.

He said: "Libraries are important centres of knowledge. But they are not just about books. Knowledge is also about embedding alternative narratives into our consciousness.

“This exhibition provides an alternative narrative that isn't necessarily in books and it is great that it is now in such a prominent and accessible place for the public".

Manchester's Lord Mayor, Eddy Newman, said at the launch: "As we commemorate the centenary of the Great War, this exhibition, developed by the British Muslim Heritage Centre, is making an important contribution to raise awareness of the selfless sacrifice of hundreds of thousands of Muslims during the war as members of the British Armed Forces.

"The diversity and vibrancy of our society is made possible by all the communities who have and continue to make such sacrifice and contribution.

We need to raise awareness of such contribution in order to grow our communities even stronger and more cohesive. The Stories of Sacrifice exhibition is an important contribution in this regard
Manchester's Lord Mayor, Eddy Newman

Nasar Mahmood, Chairman of the British Muslim Heritage Centre, said: “We are delighted to bring the Stories of Sacrifice exhibition to Manchester Central Library.

“Thousands of people have visited the exhibition since its launch at the British Muslim Heritage Centre. The take-up and reaction to it have shown the goodwill and common ground that the communities of the UK share.

“We are glad to present this exhibition to everyone in the community and its legacy is already becoming clear".

The exhibition will remain at the venue for three months.