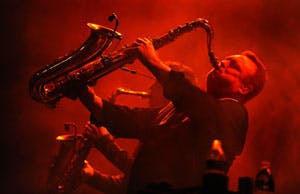 The former lead singer of Black Sabbath, Ozzy Osbourne, and Brian Travers, of UB40 were approached by the university’s School of Media to have prizes named after them.   From 2010, the final year student who gains the best overall mark will receive the Brian Travers Achievement Award, meanwhile the Ozzy Osbourne Development Award will recognise the student who has made the most progress during the three year degree course.

Staff at the university’s School of Media decided to name the awards after Ozzy and Brian because they wanted to celebrate Birmingham’s musical heritage. Ozzy was brought up in the Aston area of the city, and went to school in nearby Perry Barr, where the University’s School of Media is based. After hearing the university wanted to name an award after him Ozzy said: “I was honoured to be asked. It’s great to support Birmingham and the future of the music industry.”

Brian has close links with the university’s School of Media, and its research centre, The Birmingham Centre for Media and Cultural Research. Brian has worked with the School of Media on projects such as the Birmingham Music Archive (www.birminghammusicarchive.co.uk). Brian has also worked with students in a mentoring capacity and will be contributing his skills and knowledge to the new postgraduate MA in Music Industries. He said: “I’m constantly reminded that the music industry is in a state of decline, I agree, that’s true of the old model, but every time I come into contact with the staff and students at Birmingham City University, I leave taking away far more than I bought to the table. The 'New' music business is alive and well and sounds better than it ever did. I’m incredibly proud to be associated with the Birmingham City University and I'm looking forward to not only working with the creatives of tomorrow but learning from them. Who said you can't teach an old dog new tricks?”

Degree Leader for Music Industries, Matt Grimes, said: “We are thrilled that Brian and Ozzy have demonstrated support for this course, the School of Media and Birmingham City University. We approached them because they are locally born and have made important contributions to popular music. To have two awards linked to big names in the music business will be inspiring and motivating for our students and whoever we give the awards to will be able to demonstrate to employers that they have the potential to excel in this field.”   The BA Media & Communications (Music Industries) is designed for people who want to develop a career in the music industry, which may be as a promoter or manager, founding and running a record label, or producing music videos and websites. The course has a strong practical element and in the first year students are required to organise a music event for a paying audience. The course also involves undertaking placements within the music and media industries to encourage entrepreneurship and boost students’ employability and self-employability. Graduates have gained jobs in artist management, music and PR/marketing, online music, music/artist promotion and setting up their own record labels. Following the success of BA Media & Communications (Music Industries) the university is planning to introduce a new course, MA in Music Industries, which will join a new and innovative suite of specialist postgraduate courses offered by the Birmingham School of Media, from September 2011.