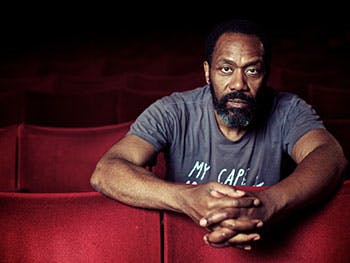 Fans of bestselling author Neil Gaiman are being invited to take part in a global prize draw to win signed and bound editions of his books to fund research being carried out by Birmingham City University’s Sir Lenny Henry Centre for Media Diversity (LHC).

Visit the LHC for Media Diversity

Gaiman, an award-winning fiction and comic writer, has donated leatherbound autographed copies of his books Coraline, Neverwhere, and American Gods which can be won via a Crowdfunder prize draw.

The money raised will help to advance the cause of media equality. For instance, people of colour make up just two per cent of TV directors, and only 0.3% of the film workforce are disabled. There is so much to be done.
Sir Lenny Henry

Last month, Sir Lenny offered the public a chance to enter another Crowdfunder prize draw to win a Fender guitar previously donated and signed by all Coldplay band members, with funds raised being used to enable the delivery of new research, grants and action.

Visiting Professor Marcus Ryder, Head of External Consultancies at Birmingham City University’s Sir Lenny Henry Centre for Media Diversity, added: “As we approach the second anniversary of the centre, we’re also stepping up our research with industry and academia into media diversity issues across the British – and global - screen industries.

“To date, the LHC has commissioned a number of impactful reports, produced cutting-edge research and recommendations, undertaken deep dives into keys issues affecting creatives from across different stages of their career, contributed to important diversity in media conversations at national and international level, and are working to ensure change happens within media at all levels.

“All money raised through our latest Crowdfunder initiative will be used to provide grants for LHC research and activity which promotes media diversity both in front of, and behind, the camera.”

Since its inception almost two years ago, Birmingham City University has funded nine key research projects through its Sir Lenny Henry Centre for Media Diversity, including a collaboration with Cardiff University and work with Channel 4.

It carries out an array of independent activities including offering Practitioner Investigating Media Industry Diversity grants to industry professionals, while it aims to further expand its work to ensure the media better reflects UK society.

To enter the prize draw to win a signed and bound copy of Neil Gaiman’s Coraline, Neverwhere, and American Gods visit the Crowdfunder page.