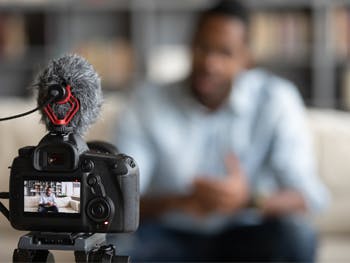 Broadcast media outlets should drop the use of the term ‘BAME,’ with the phrase found to be a damaging catch-all, which fails to acknowledge the varied lived experiences of people from non-white backgrounds, a new report has found.

Research published by Birmingham City University’s Sir Lenny Henry Centre for Media Diversity today (7 December), examined use of the acronym BAME (when spoken to rhyme with name) across media platforms, with the term coming under increasing scrutiny from the public and politicians.

The report, commissioned by the BBC, found that use of the term failed to provide nuanced consideration of the different experiences of those from disparate cultural and ethnic backgrounds, instead making sweeping generalisations.

Although the report outlines that in some instances written use of B.A.M.E (to signify Black, Asian and Minority Ethnic) could be useful, the collective spoken phrase ‘BAME’ proved particularly problematic.

In some instances it was found that the phrase could actively increase the stigma and marginalisation experienced by disadvantaged groups, and created confusion with the public about its use.

The report recommended that broadcast media outlets should drop verbal use of the term, and that print media should remove it from story headlines and properly contextualise it where used in copy.

It also emphasised that any work on discussing appropriate language used should be part of a broader package of robust policies designed to eliminate racial barriers in the industry.

Following the report’s findings, the BBC, ITV, Channel 4, ViacomCBS (Channel 5) and Sky have confirmed they will be moving away from use of the term, and will instead focus on more specific details.

The recommendations laid out in the report include:

“We hope that our report and recommendations will lead to better journalism on issues covering race as well as build trust, both internally and externally, between broadcasters and their audiences and employees when it comes to issues of race and racism.

We applaud how the broadcasters have been able to work in a coordinated fashion to address the issue and draw on external expertise in the industry.
Marcus Ryder

“Finally, we would note that we recognise that in and of itself the report does not address very real issues of racial disparities that we see within the media industry and we look forward to working with broadcasters to continue our work to address these very real and pressing issues.”

The report also had key input from linguistics experts in Birmingham City University’s School of English.

With increased awareness around the challenges faced by different communities brought to light by the growth of movements such as Black Lives Matter, and inequalities exposed by the Covid-19 pandemic, societal attitudes towards collective terms were found to be dramatically shifting.

Sarita Malik, Professor of Media and Culture at Brunel University London, and Academic Lead on the Report, said: ‘Whilst language may seem like a superficial concern, it is socially created and therefore implicitly caught up in issues of power.

“It can be used in ways that lack nuance or are racially coded, serving to conceal particular forms of exclusion or even to divert attention. BAME is invariably used in policy discourse to address issues of underrepresentation, racism and racial disparities.

“And yet it is a ‘top-down’ term that has been created and predominantly used by the people with power to describe and define 'others', rather than in consultation with the groups ‘BAME’ is meant to apply to.

“It is clear that there is currently a strong rejection of the term ‘BAME’. We hope that the report will encourage more care and thought when it comes to how Britain’s diverse communities are described, and in what contexts.’

The full report can be read here.