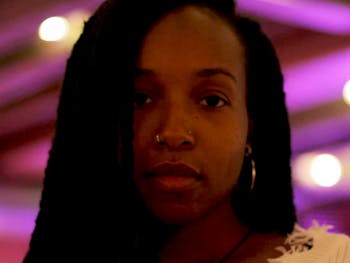 UK public broadcasters need to develop clear new guidelines to ensure Black representation in documentaries does not perpetuate stereotypes which commonly boil the Black experience down to racism, crime and music, new research has found.

The research, carried out by BAFTA nominated documentary maker Cherish Oteka, found that where Black people were featured in documentaries the leading topics were race and racism, crime and music.

The report reveals that documentaries screened by broadcasters including the BBC, ITV, Channel 4 and Channel 5, fail to screen nuanced Black stories but instead perpetuate sometimes harmful stereotypes on screen.

The study looked at 275 documentary programmes and was collated using Video-on-Demand services across Public Service Broadcasters in April and May 2021.

The report also spoke to eight Black professionals working within the documentary genre and raised concerns that commissioning Black programming was often done without the input of Black people. The findings highlighted a lack of career progression for Black media workers, leading to limited editorial control or commissioning power.

The report recommends the development of a Black equivalent to the Bechdel-Wallace Test, a standard developed to monitor the representation of women on screen. To promote layered representation of women, the Bechdel-Wallace Test asks if a movie features at least two female characters who are both named and have a conversation during the film about something other than a man.

Speaking about the report, author Cherish Oteka said: “It's been a real honour to work alongside The Sir Lenny Henry Media Centre for Diversity to explore Black representation in UK documentaries.

I hope this report can help to inform a framework around representation of Black communities.
Cherish Oteka

“The media holds a great amount of power in informing perceptions and it is key that Black people are portrayed in multi-layered, nuanced and varied ways - as we experience in our day-to-day lives.”

Cherish Oteka began their career in broadcasting, working across content selection, acquisitions and content curation for leading broadcasters. Cherish has since made documentaries with a range of well-known brands and broadcasters including BBC, London Live, SBTV, Tate, Stonewall and most recently BFI and The Guardian.

In 2016, Cherish won UKTV’s Rising Star Award. The following year they also won Best Documentary at the Movie Screen and Video Awards. Cherishs' latest project, The Black Cop has been nominated for a BAFTA.

'Cherish’s report was funded by a PIMID * grant from the Sir Lenny Henry Centre for Media Diversity which was developed to examine representation across all forms of the UK’s media.