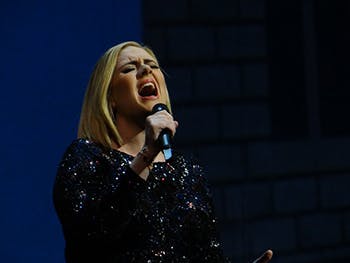 Stephanie Fremaux, pop music researcher at Birmingham City University, says that singer-songwriter Adele is creating a type of hype that will further add to the herd-like mentality of the public.

“While I would be wrong to call myself a fan, I am a great admirer of Adele’s work and I think that the new album will be a commercial success if not a critical one,” says Fremaux, whose research examines how music artists establish and reinforce aspects of their character through performance.

“The first single from Adele’s long-awaited ‘30’ album, ‘Easy On Me’, speaks to our troubled Covid times with its themes of love and loss and she is displaying a vocal and thematic maturity to rival Amy Winehouse’s ‘Back to Black’ album.

"When thinking of Madonna’s output like ‘Papa Don’t Preach’, ‘Like A Prayer,’ and ‘Justify My Love,’ Adele could perhaps be considered to be the millennials’ Madonna.

“The social media coverage surrounding the release of new Adele music is a sign of our times and by harnessing the social media outlets, Adele is creating a type of hype that will further add to the herd-like mentality of the public. Because, we as a people like to be part of a movement. Like making Rage Against the Machine a Christmas number one or getting behind Captain Sir Tom Moore’s fundraising efforts for the NHS.

“In the lead up to the album release, we’ve seen Adele sharing personal messages online about the stories behind her new music and there is a real authenticity here. In our age of celebrity culture, people will find her stark honesty refreshing. She will most certainly be nominated for both a Grammy and BRIT award. Adele has become a national and global treasure, who can do no wrong.

Even if the album isn’t very good, people will still buy into all the hype because of Adele's legacy and the need to have been a part of it.