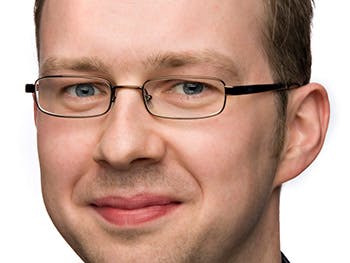 The School of English has been ranked highly for its research, according to a recently released national assessment.

The 'Research Excellence Framework' (REF) 2014 assessed 154 UK universities, rating our School 23rd in the UK for 'impact beyond academia', and 40th for English departments overall.

A significant improvement on the last assessment in 2008 for our relatively small department.

In REF 2014 77 per cent of research in the School of English was rated as either 'internationally recognised' (3*) or 'world-leading' (4*). This is a highly satisfying result for everyone in the School, and for me as Unit of Assessment leader in particular.

As a traditional humanities subject, English may initially appear to be slightly out of place at Birmingham City University: an institution with a strong reputation for business-facing applied research. However, whilst we retain significant strengths in the more traditional scholarly areas of our discipline, we've taken the opportunity to learn from our environment and make collaboration on applied projects the means to widen our external recognition.

All our staff are research active, and we're proud of the range of research we carry out at the highest level. Even the Dean of Faculty has contributed significantly to our return! We're pleased to see that the REF panel has recognised our distinctive blend of traditional and innovative approaches, with expertise ranging from Romantic literature to web search technology.

Following the last research assessment exercise (RAE2008), we took the strategic decision to focus on recruiting and mentoring younger academics. As a result, six of the staff we returned to REF2014 were classed as Early Career Researchers (ECRs). Several of these ECRs have single-authored books to their name, two of which have been awarded major prizes.

Dr Gregory Leadbetter's 'Coleridge and the Daemonic Imagination' won the 2012 Council for College and University English prize for best scholarly book by an early-career academic, while Dr Ursula Lutzky's 'Discourse Markers in Early Modern English' was awarded the 2014 European Society for the Study of English book prize.

All my colleagues can be proud of the effort they've put in to their highly-rated research outputs but these formed only one part of the assessment in the REF. There were concerns nationally that the Impact component of the assessment – building on academic expertise to bring benefits to people outside academia – might be difficult to achieve in arts subjects. However, I'm pleased to see that the Impact strategy we've implemented in the School of English since 2008 has paid dividends, with 100 per cent of our work in this area ranked at 3* or above (40 per cent at 4*).

Colleagues in all our research groups have been involved in Impact activities but we focussed in particular on two case studies. The first was work by Mark Addis, Professor of Philosophy, on a unique collaborative project with David Boyd, Professor of Construction at Birmingham City University, designed to help three major construction companies better understand the expertise of their employees. This pioneering AHRC Knowledge Transfer Fellowship brought tangible results in an area where the humanities are not usually valued.

The second area of Impact was based on the work of my own research unit, the R&D Unit for English Studies. Our WebCorp Linguist’s Search Engine is used extensively in teaching worldwide and by researchers studying topics from 19th Century fiction to climate change (it currently runs over 20,000 searches each month). In recent years we've used our linguistic expertise and search technology in novel work with A-Level students (through a second AHRC KT Fellowship) and to help Procter & Gamble sell perfume to consumers in that same age group!

The second project was commercial consultancy work for the Grey London advertising agency, who worked with P&G and the fashion brand Puma on the Puma Dance Dictionary campaign. Another success has been our eMargin collaborative annotation tool, which began life as a way of making notes on literary texts but which now has over 4000 registered users across disciplines and institutions worldwide. It was also used by the Spanish political party Podemos to present draft policy documents to the public during the 2014 European election campaign.

Selling perfume and shaping party policies weren't the goals we had in mind when we first designed our software for use in our own subject area, but these examples illustrate the new opportunities that collaboration can bring, without diminishing the original research in any way.

We plan to expand our Impact activities in the coming years, with a particular emphasis on collaborative partnerships. Our Institute of Creative and Critical Writing is designed to encourage the cross fertilisation of ideas between subject specialists and engage with the wider community through public events.

Collaborative research projects with the Universities of Liverpool and Westminster are already underway, with more bids in the pipeline. The important thing for us as a School is to maintain our unique disciplinary strengths while continuing to challenge ourselves by collaborating with new partners and new audiences.

Find out more about our research

View break-down of the School of English REF results