Birmingham has long been known as the UK home of engineering and manufacturing, employing over 100,000 people in the industry and contributing billions of pounds to the national economy.

Major automotive manufacturing businesses including Jaguar Land Rover and MG are based in Birmingham and the greater West Midlands region — and we have links with most of them.

In 2013 we joined forces with Westfield Sportscars Ltd, based in Kingswinford, in a new partnership to develop the world’s first build at home electric race car kit, an all-electric sports car designed and engineered to support a growing demand for zero emission racing vehicles.

In the greater Midlands region, we have been working as a supplier for research with the Aerospace Division of Rolls-Royce since 2008, on a project examining its advanced engineering systems. It is currently collaborating on the £90 million Technology Strategy Board-funded project, SILOET (Strategic Investment in Low Carbon Engine Technologies). 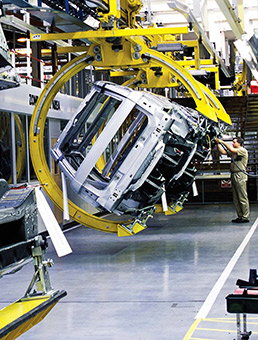 Reasons to study in Birmingham