The School of Digital Technology will provide you with a range of innovative facilities and equipment to prepare you for working within industry. The facilities gallery below showcases our sound studios, maker’s lab with 3D printing technology and production computer suites.

The School of Digital Technology will provide you with a range of innovative facilities and equipment to prepare you for working within industry. The facilities gallery below showcases our sound studios, maker’s lab with 3D printing technology and production computer suites. 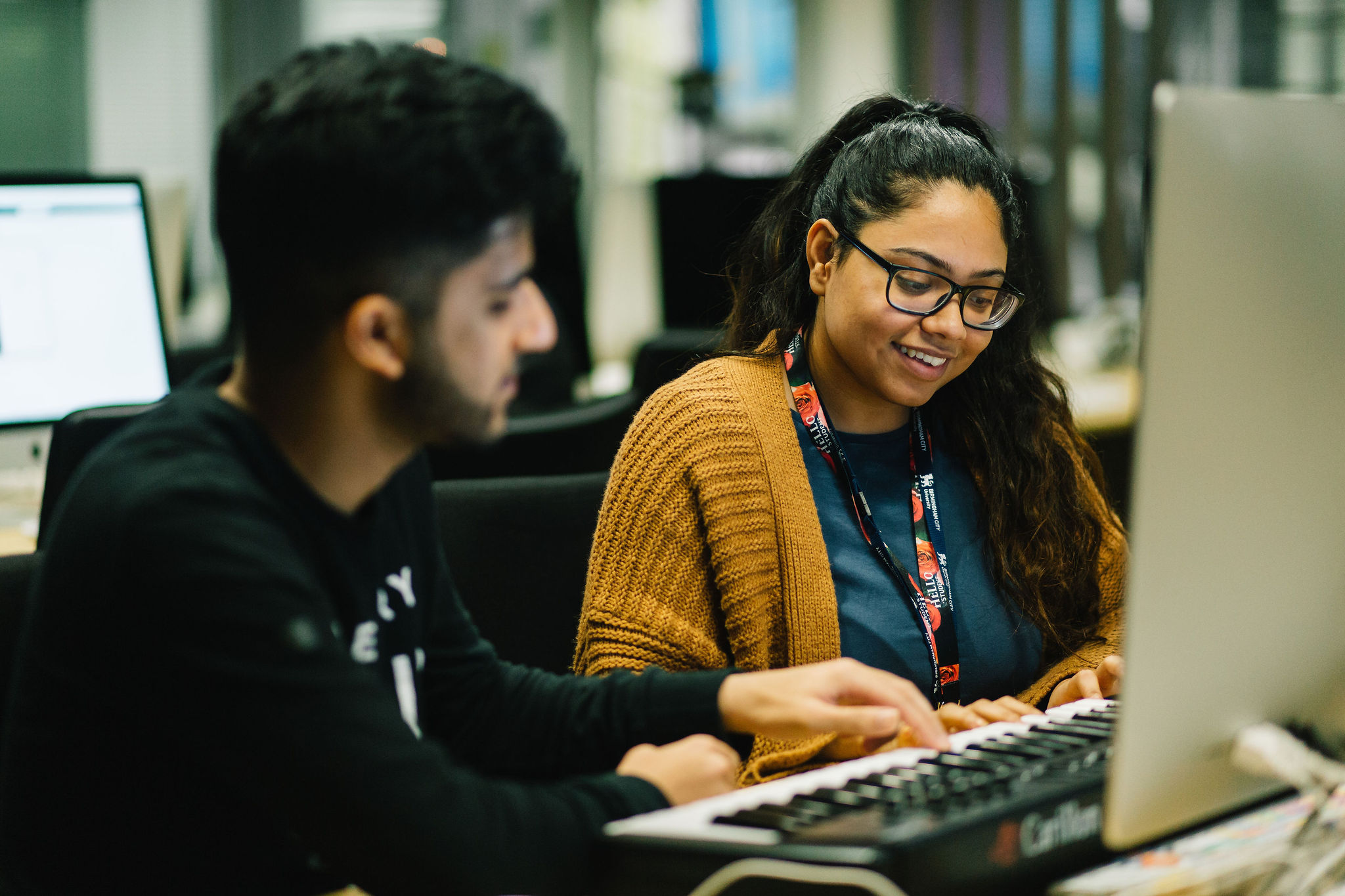 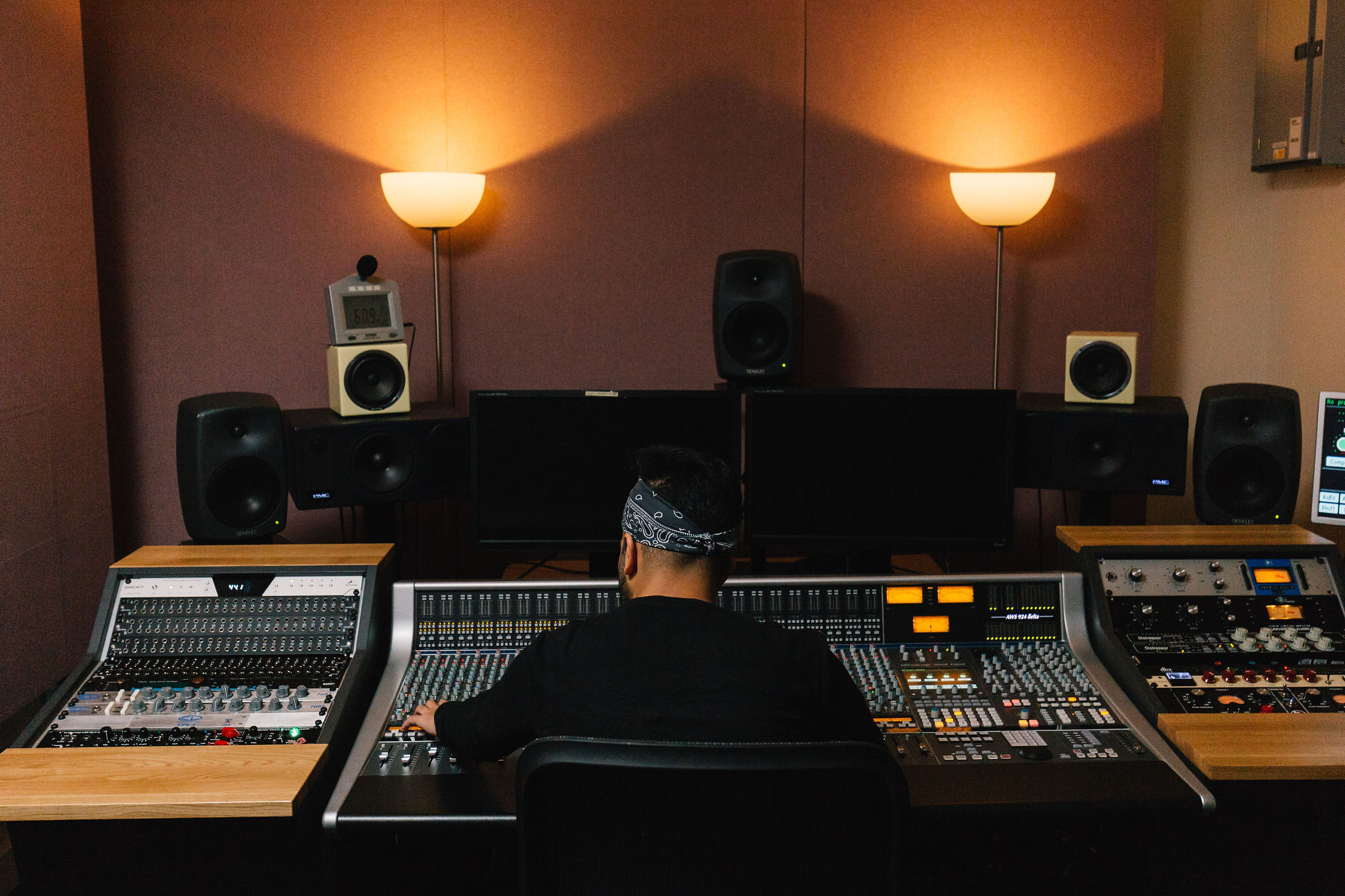 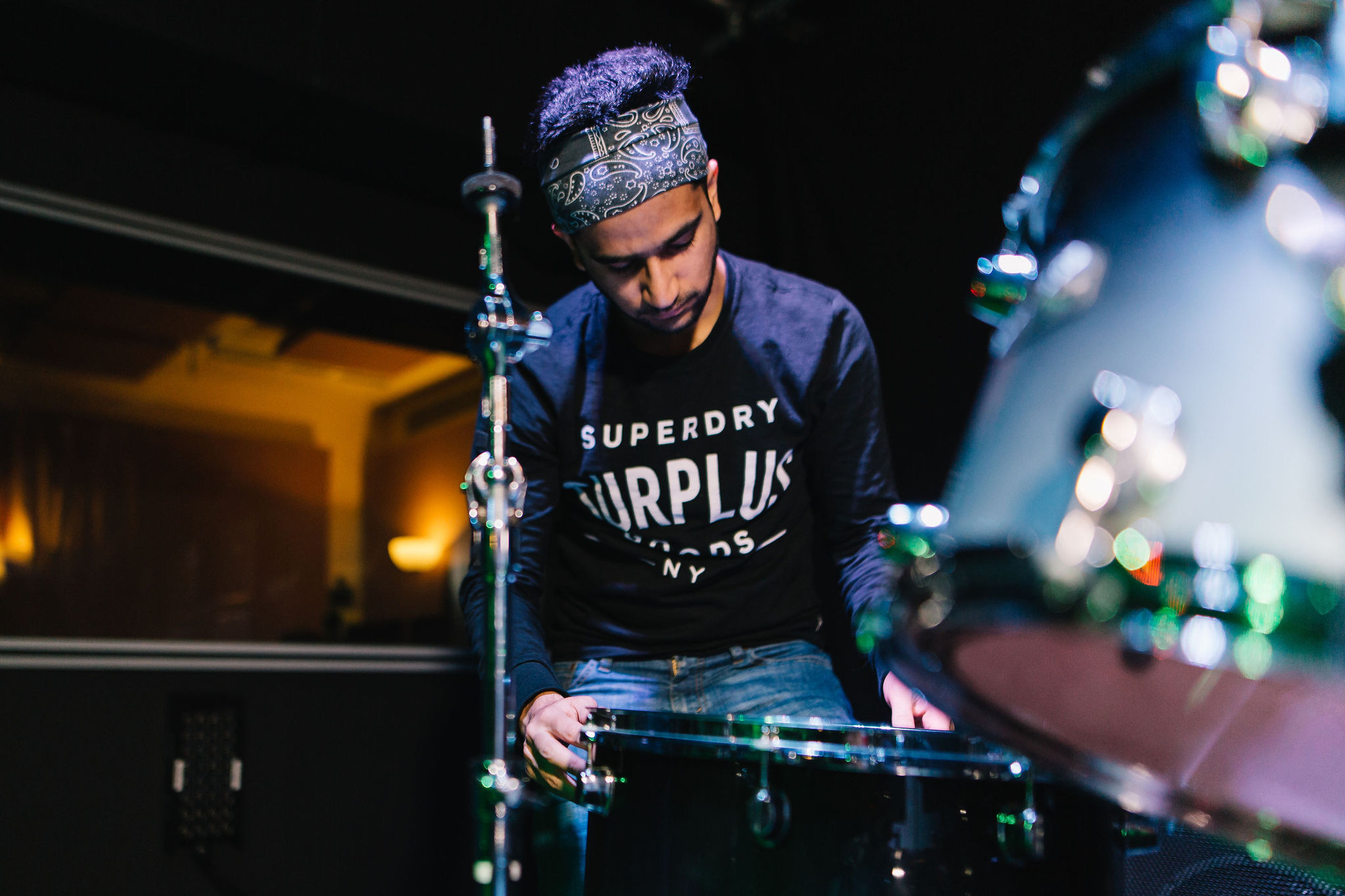 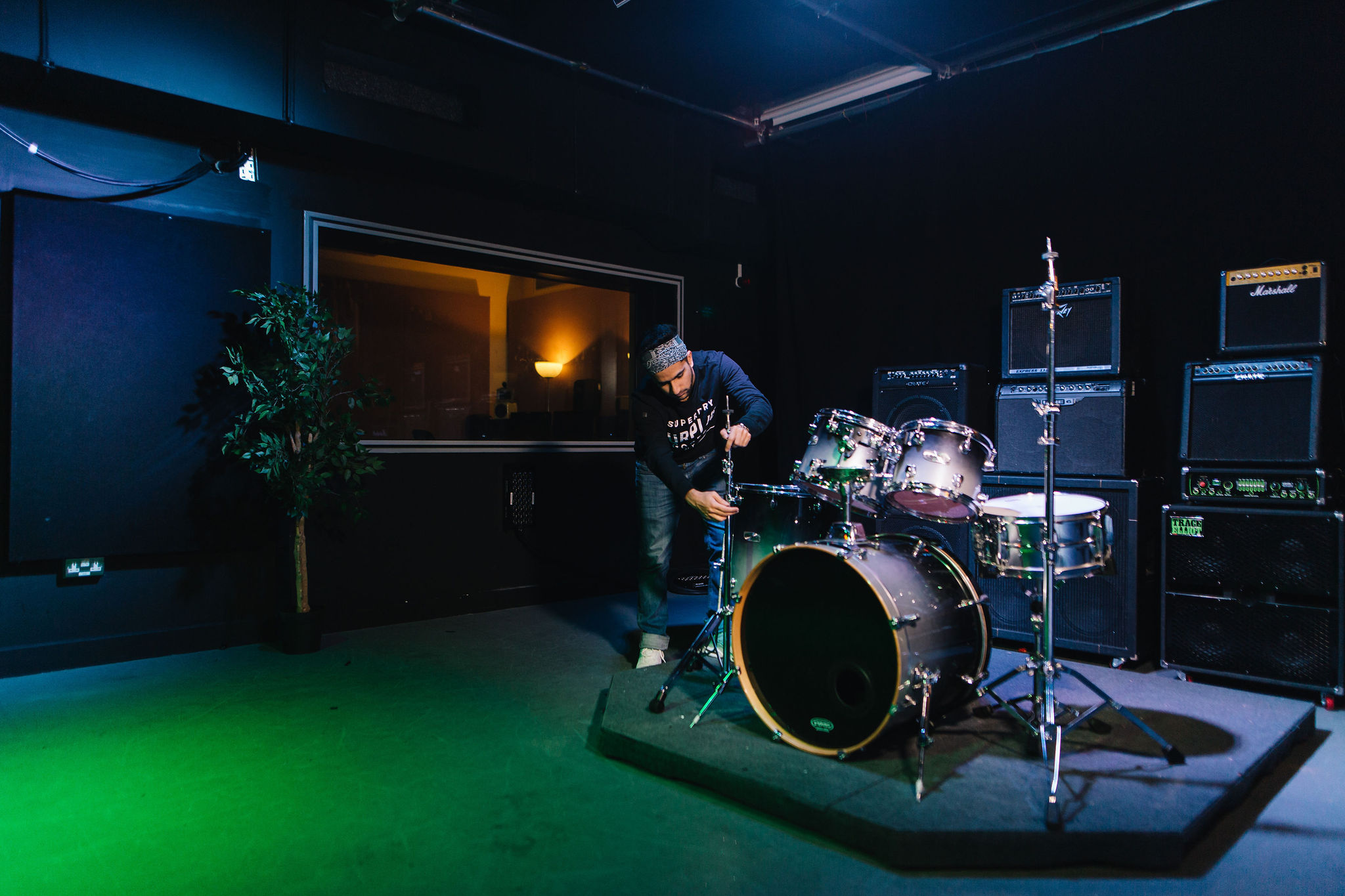 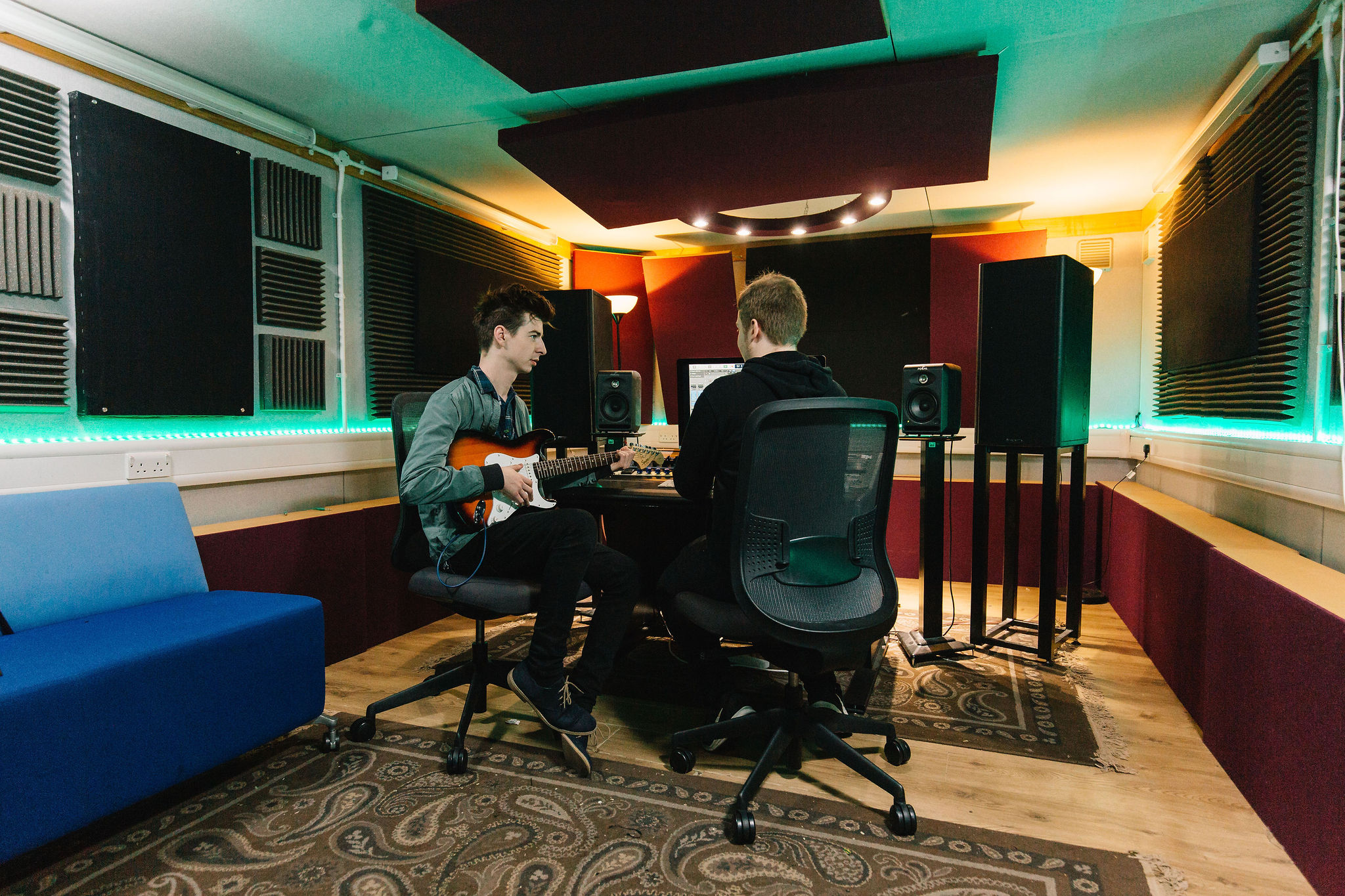 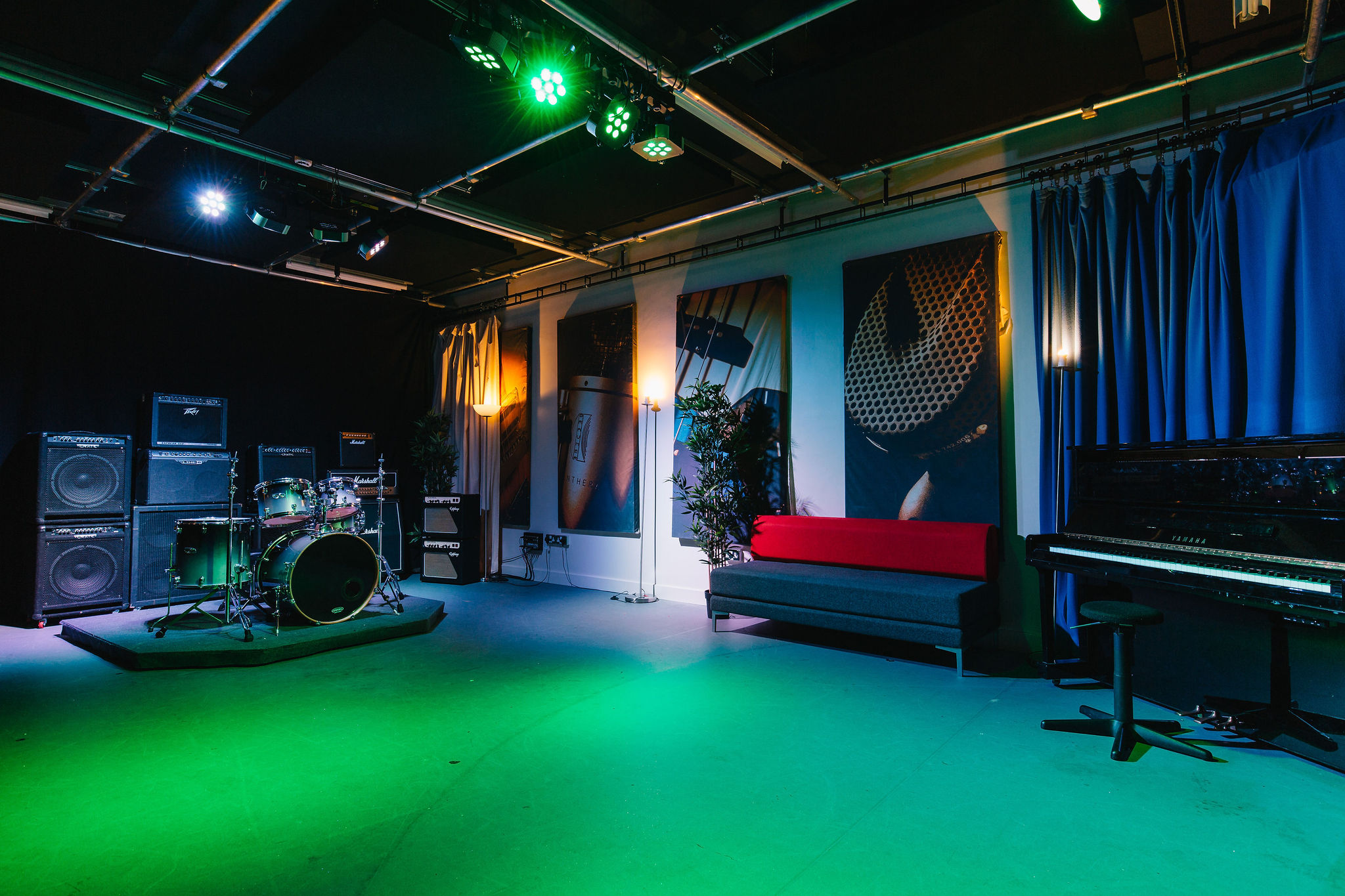 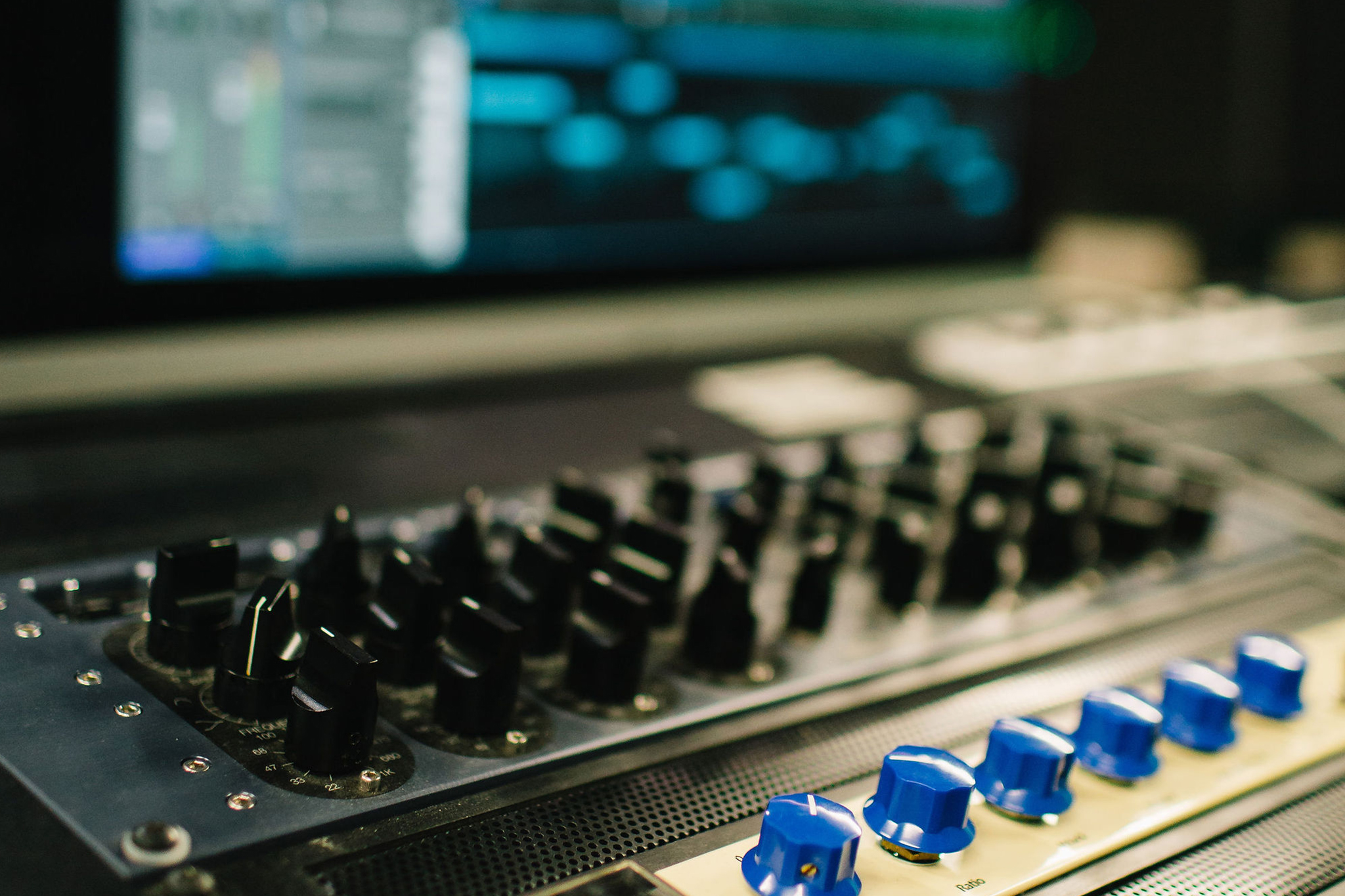 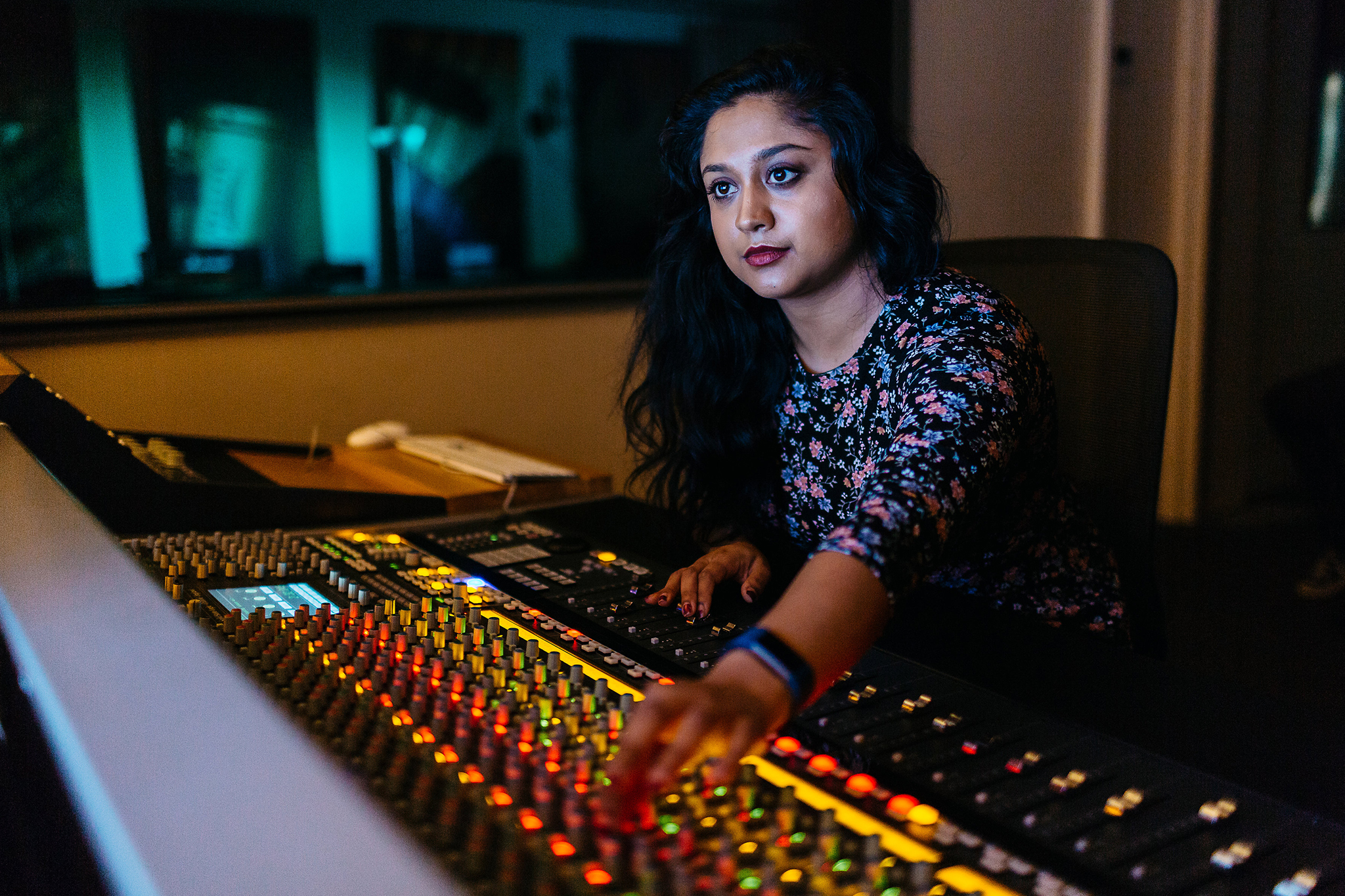 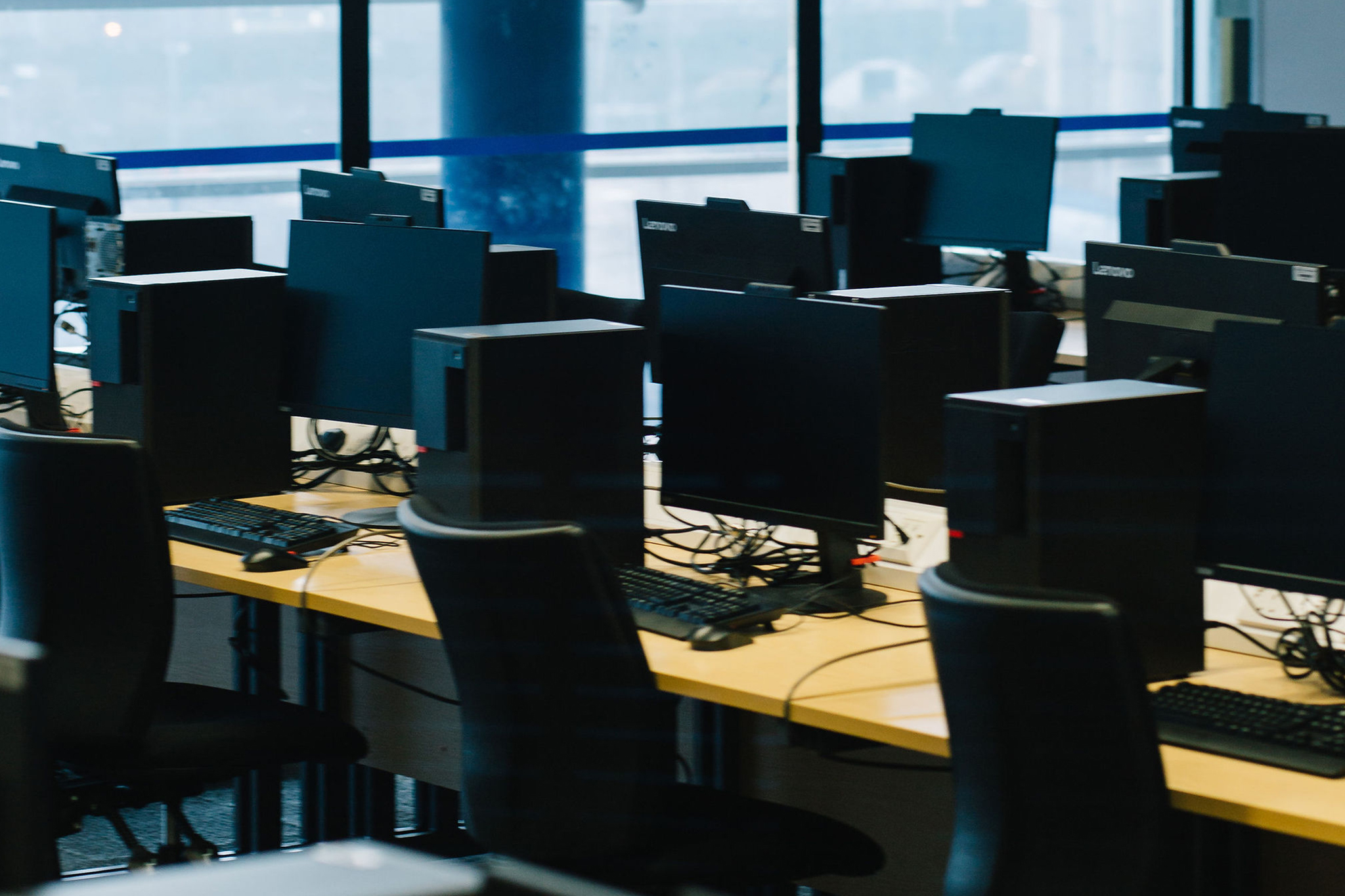 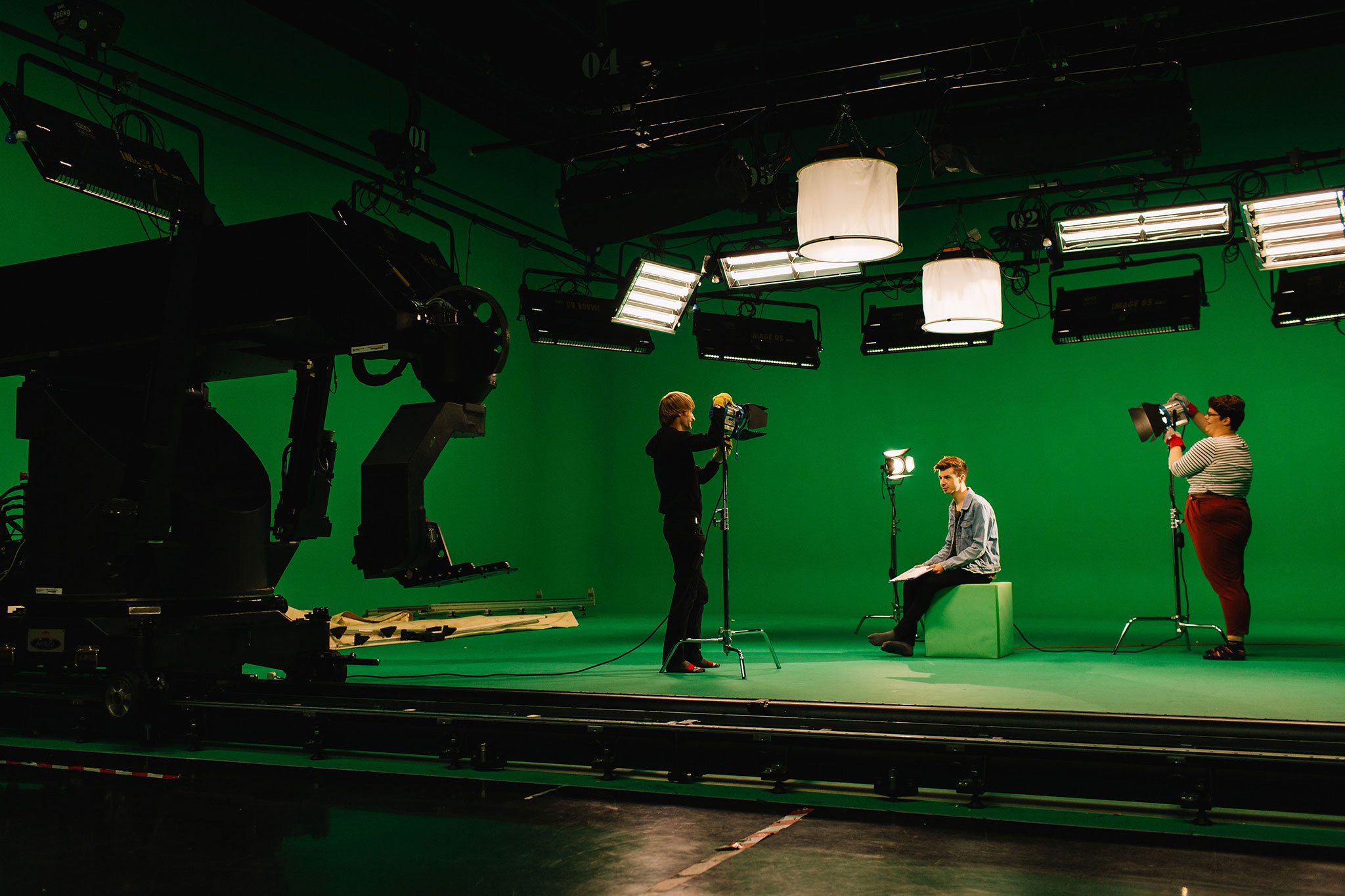 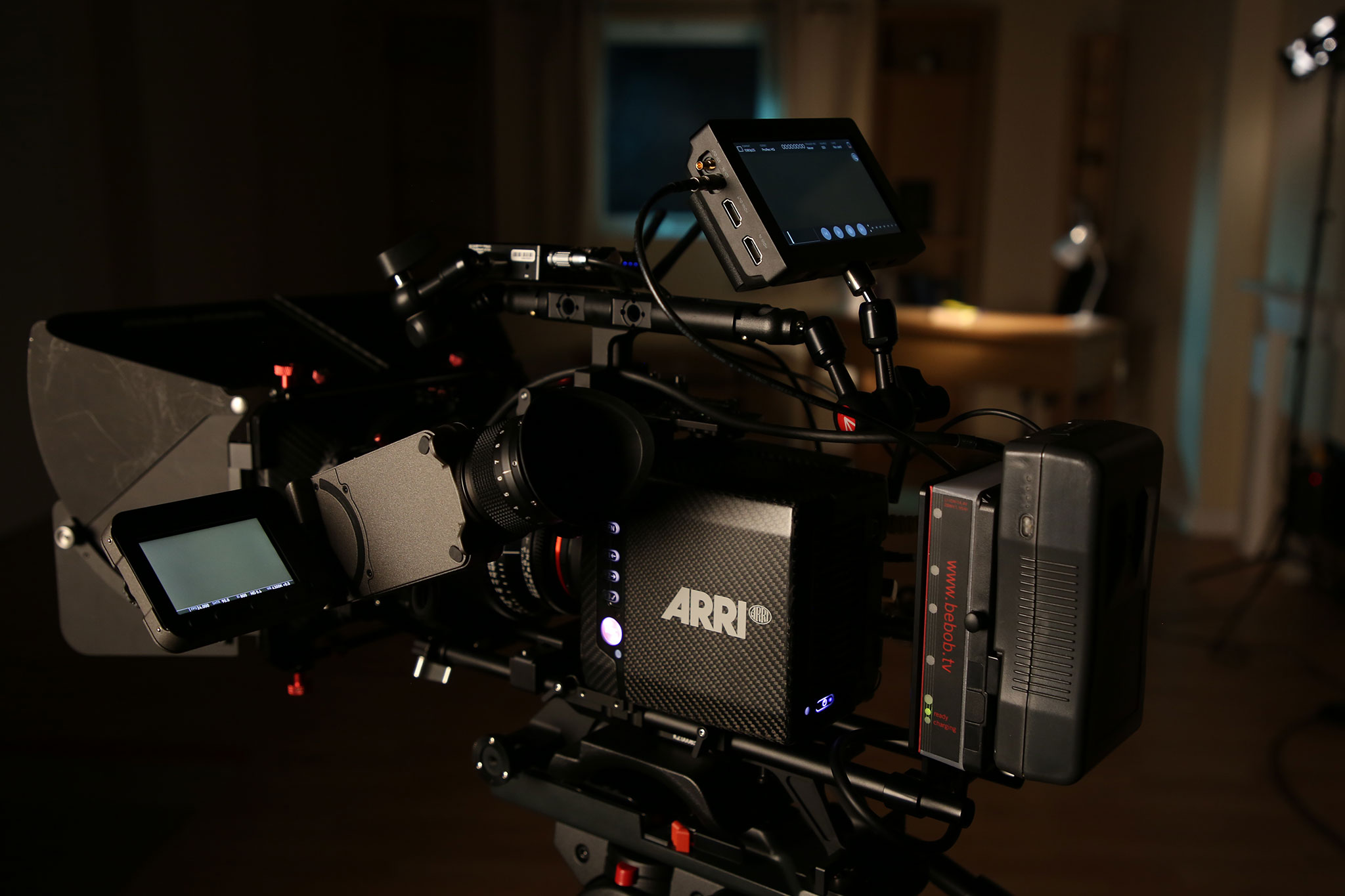 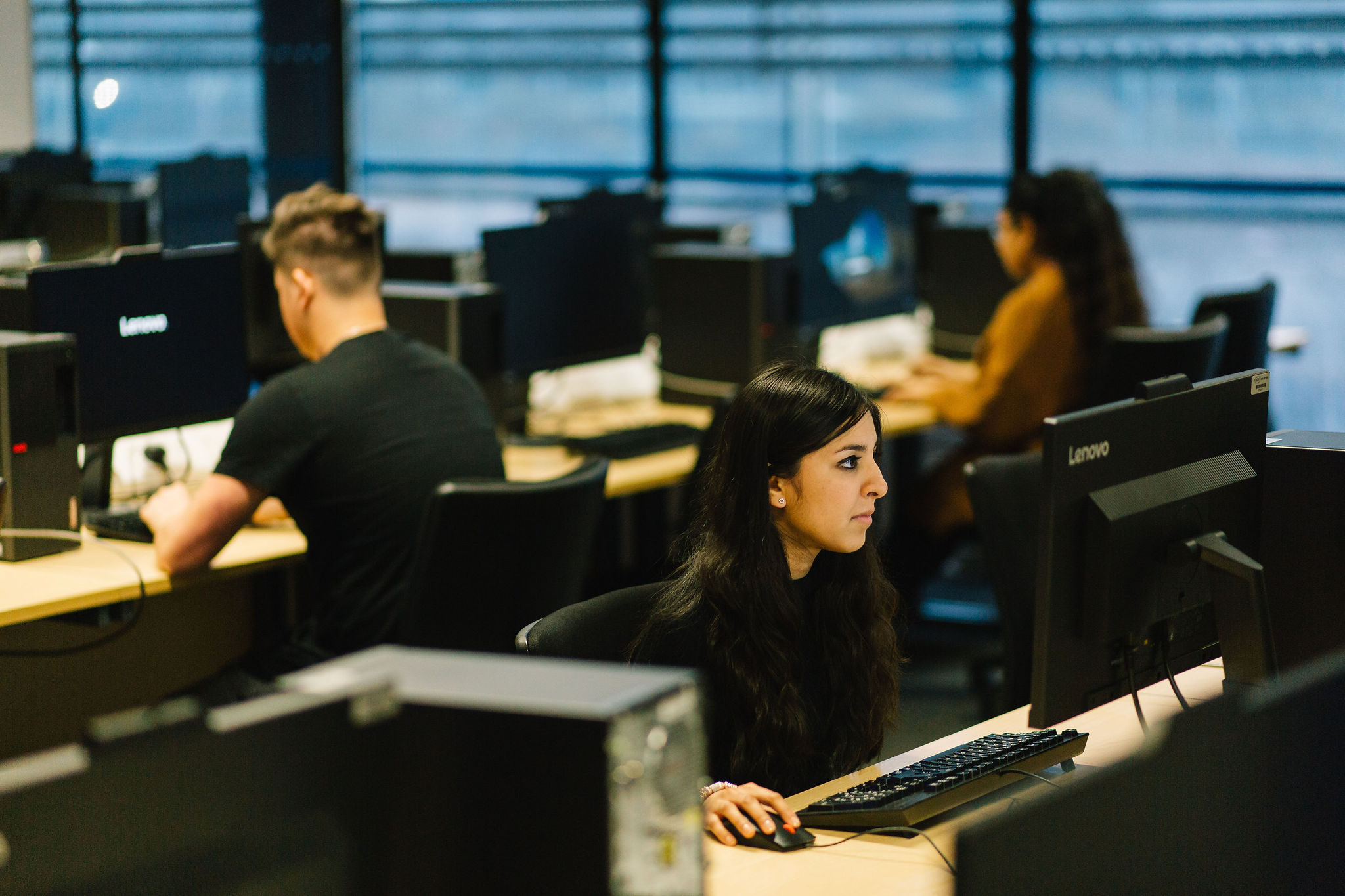 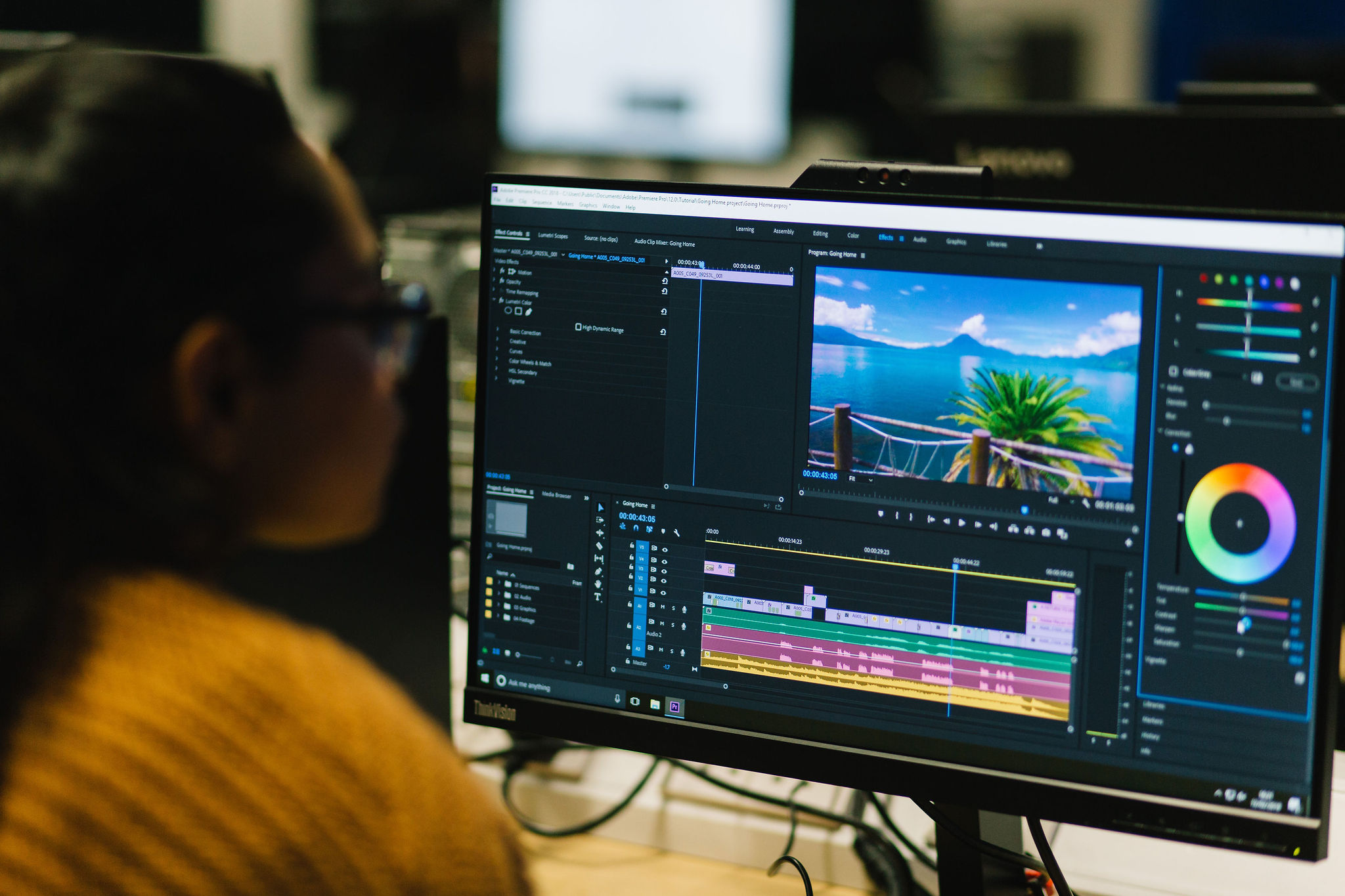 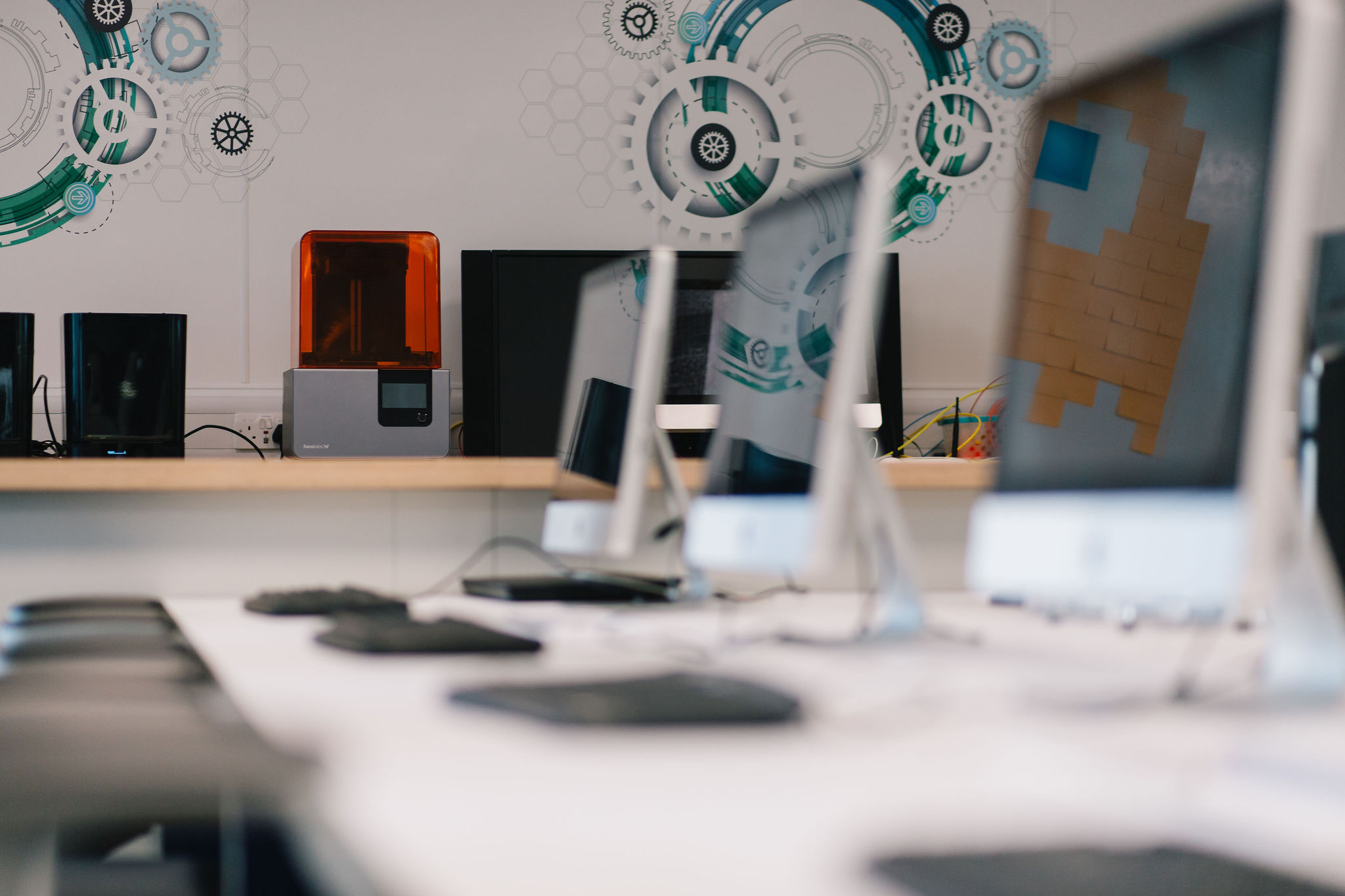 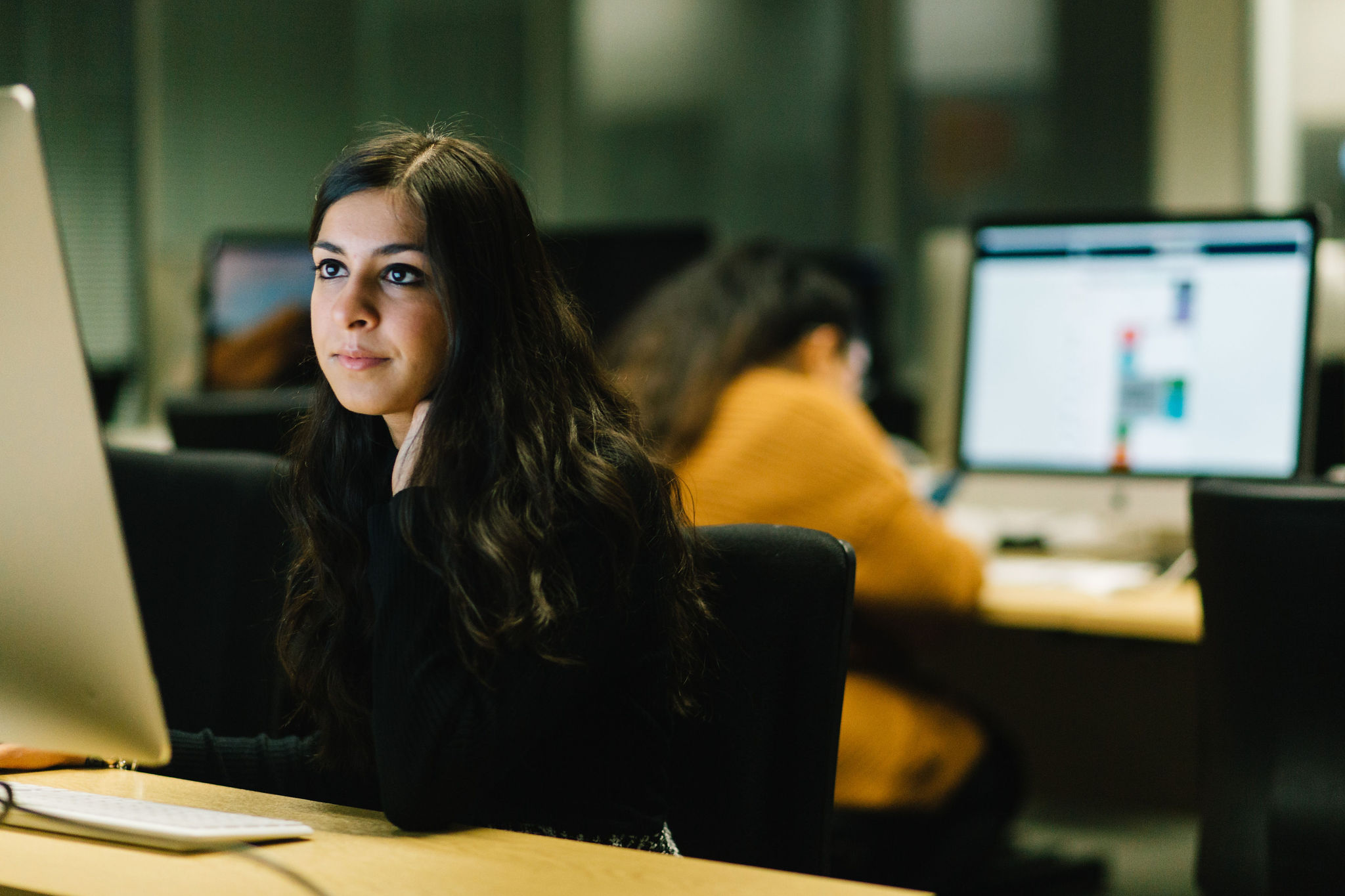 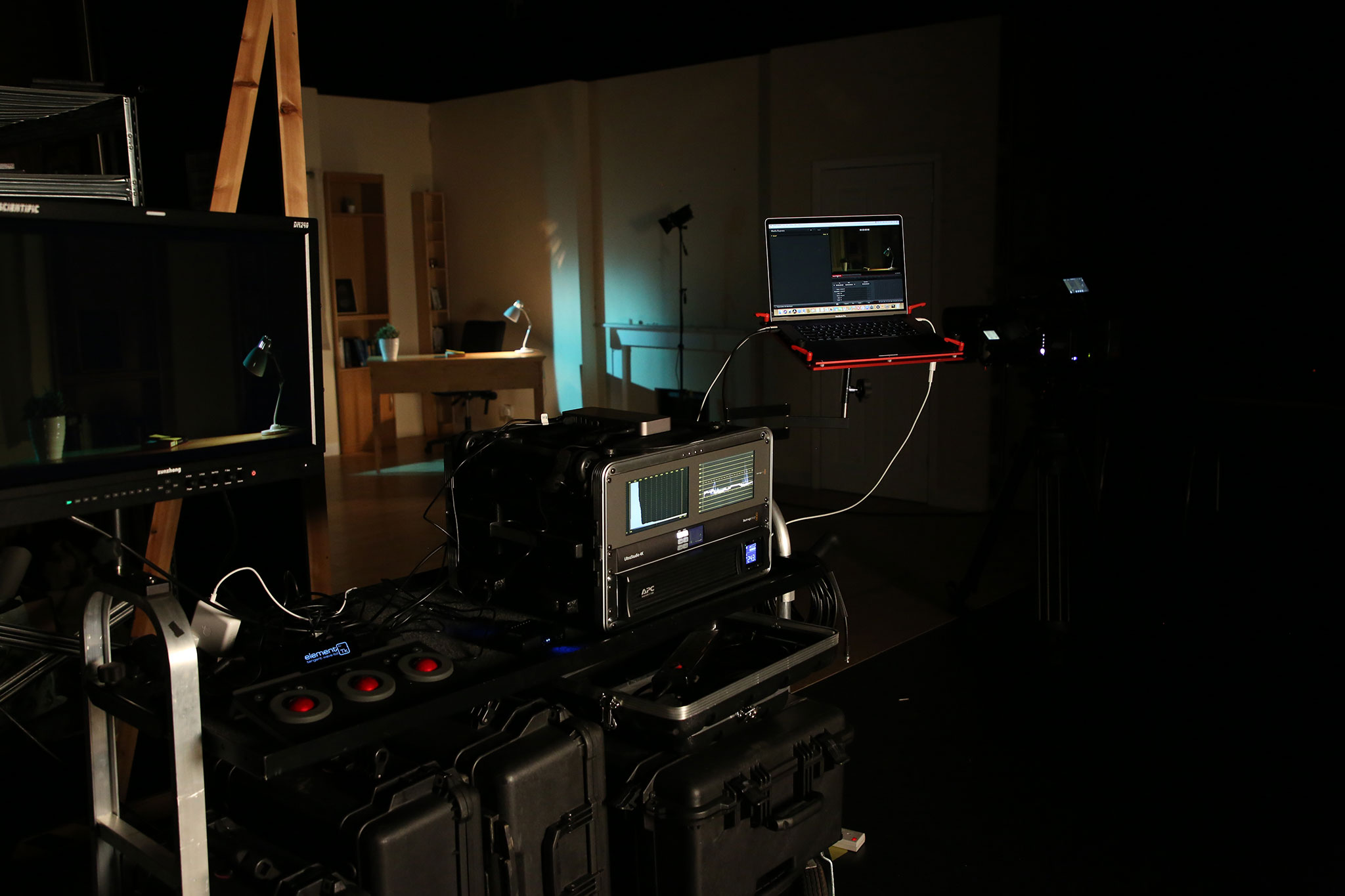 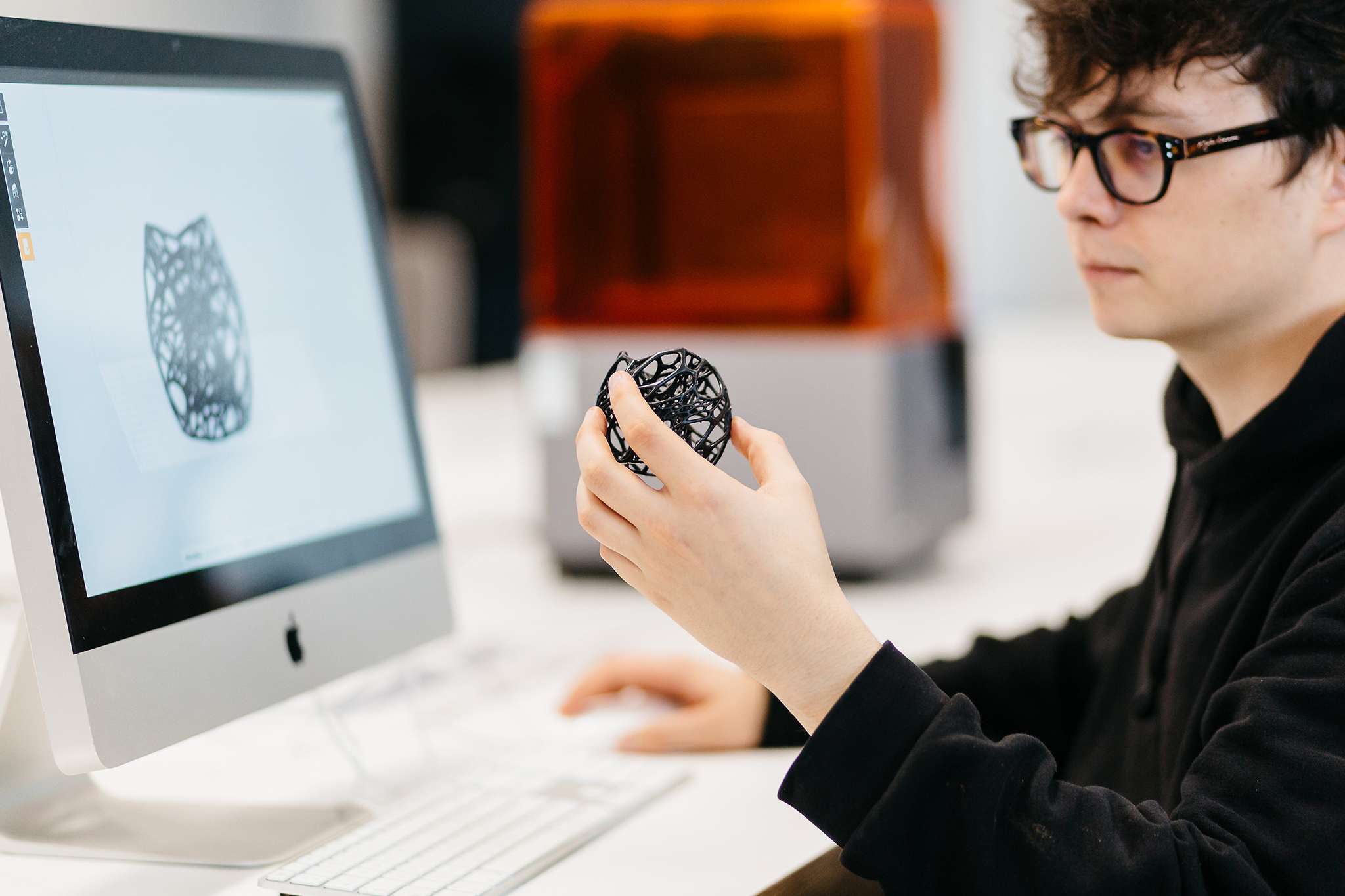 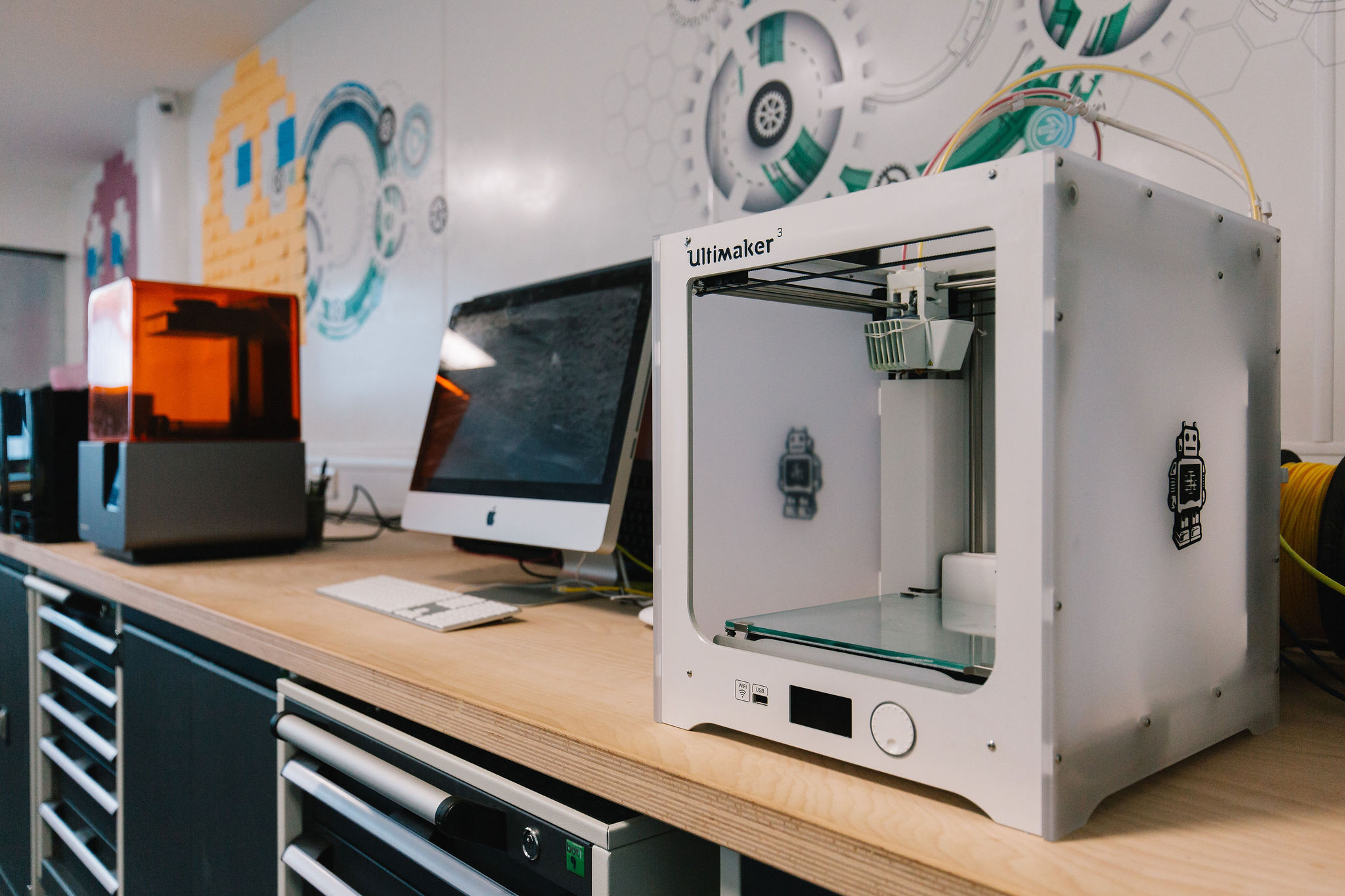 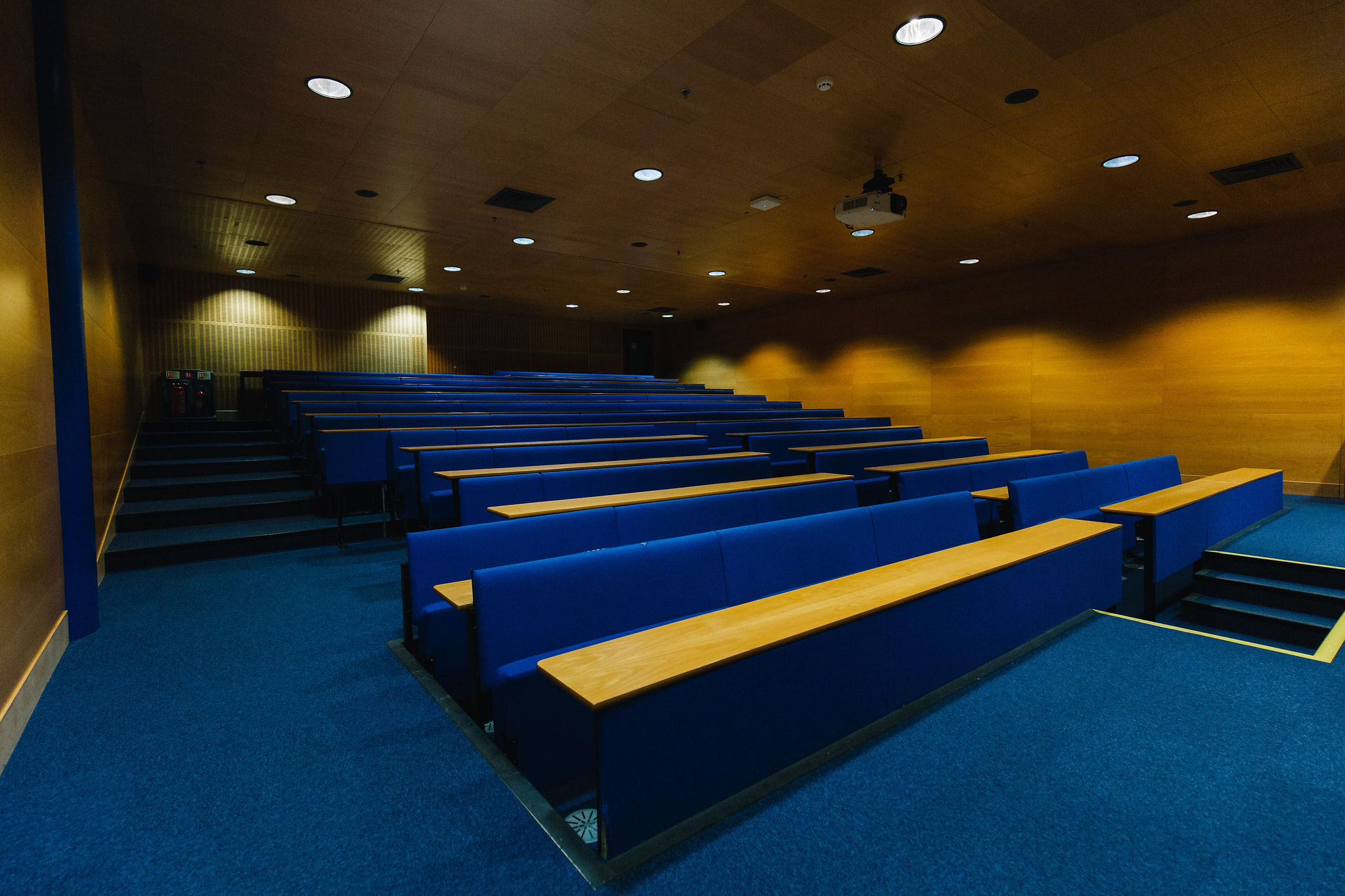 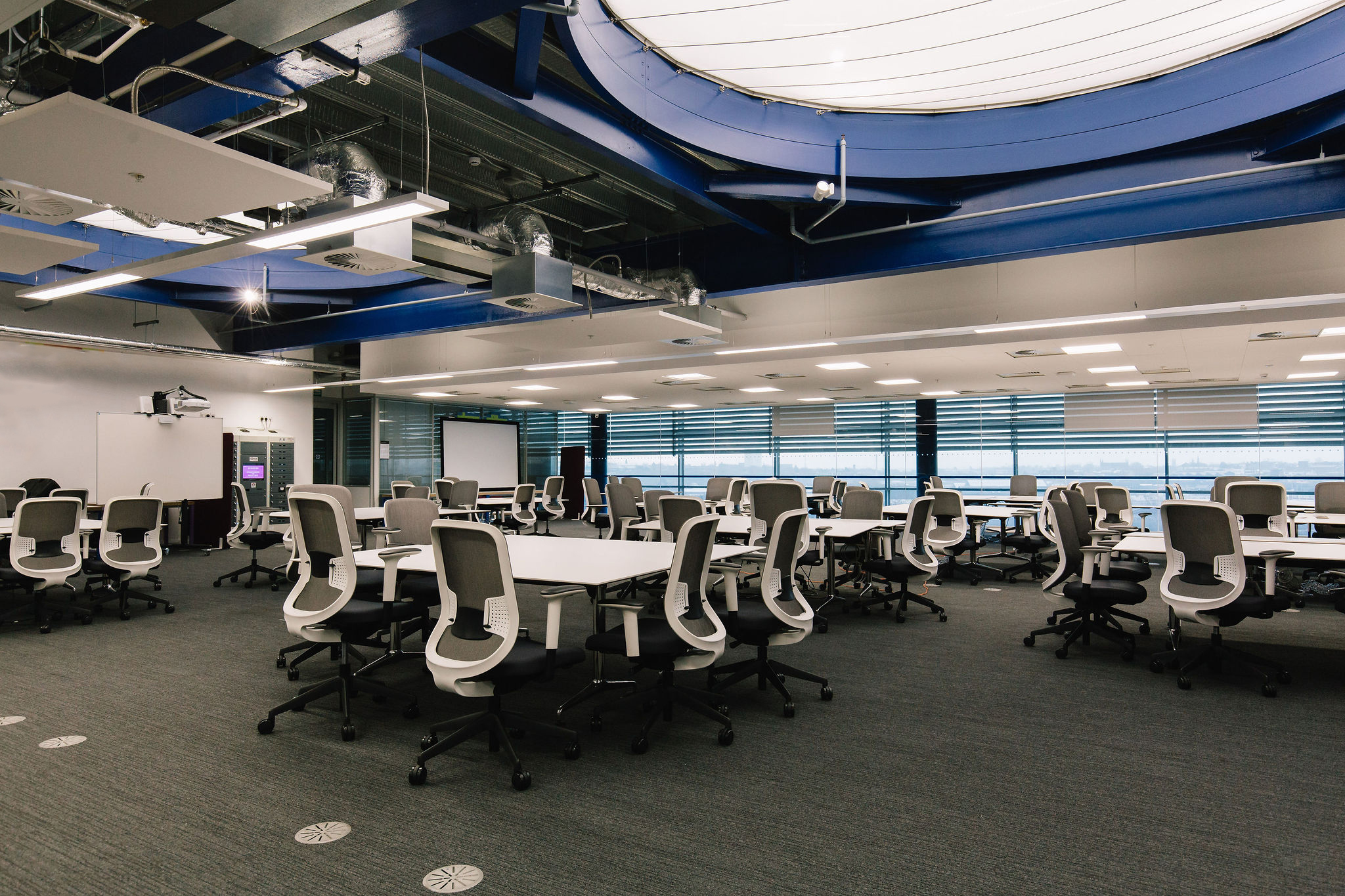 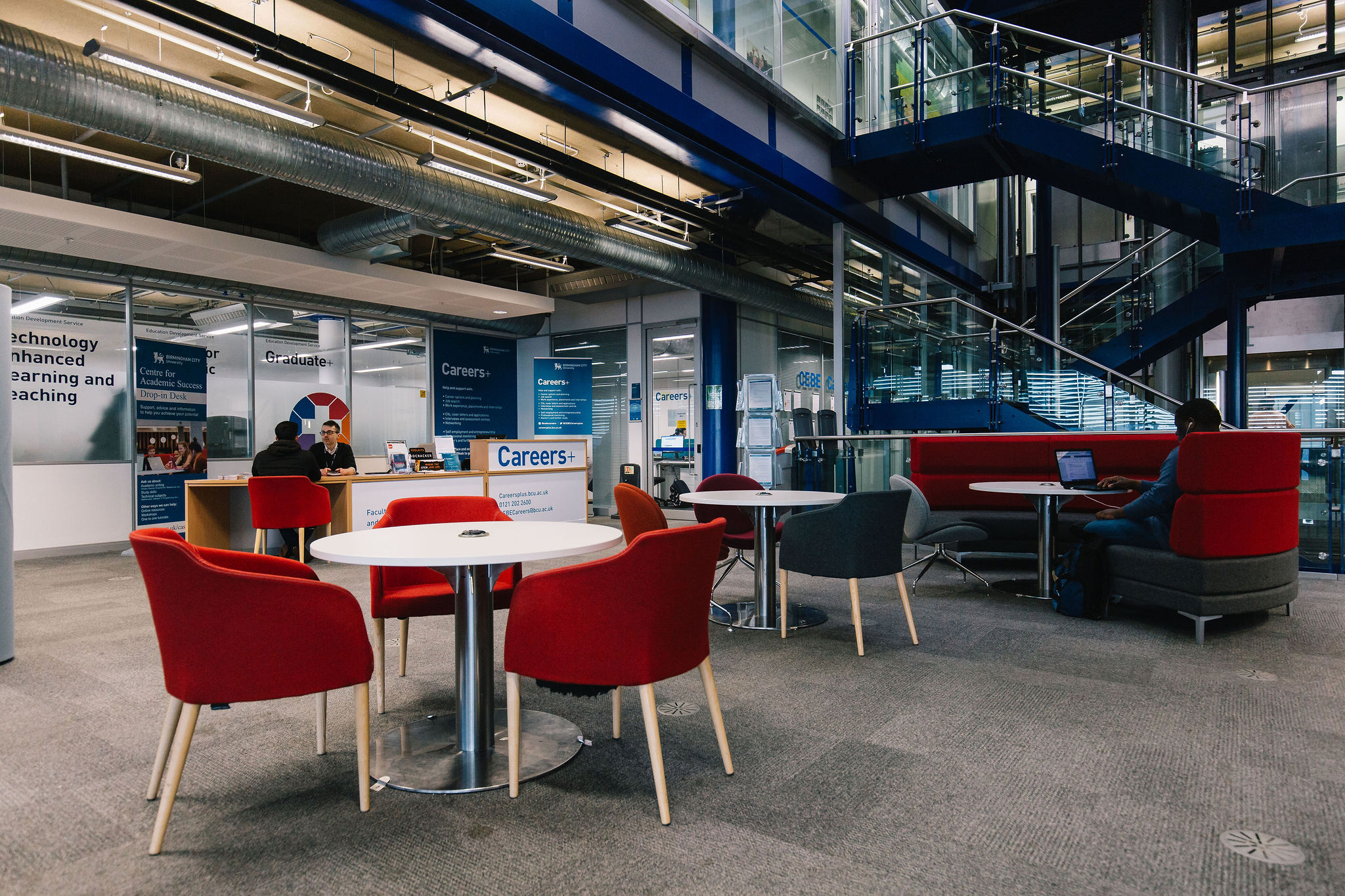 We have cutting edge facilities available to support the course and research that goes on in the School, including purpose-built Media Centre at The Parkside Building, DMT Lab, Cisco Academy and Recording studios and concert halls at Birmingham Conservatoire.

We have several PC and Apple Mac computing suites with the latest industry standard applications/tools for audio, video and multimedia application development and content creation.

In a nutshell, as a student of the School of Digital Media Technology you will be able to take advantage of a comprehensive range of state-of-the-art technology and equipment to prepare you for working within industry.

With the production side of media being heavily reliant on technology, we aim to ensure that you gain the best possible introduction to working with this equipment and emerge fully prepared for your career within the industry.

You can take advantage of a comprehensive range of advanced technology and equipment. You will have access to four fully digital, interconnected TV studios, along with broadcast-standard edit and dubbing suites.

Our cutting-edge facilities, including the largest University TV studio, are housed within a purpose-built Media Centre at The Parkside Building, part of our City Centre Campus.

There are four TV studios within the Media Centre, along with Studio B/Milo (the ‘green screen’). Three of the studios are able to do live multi-camera production and all studios (TV and radio) can be interconnected. It’s taken 22km of wire to make that happen! The Media Centre is fully digital.

We operate well-resourced computer labs which are fully equipped with up-to-date, industry standard software for the design and development of advanced multimedia applications.

These facilities are used on the following courses:

An Apple Mac sound lab, electronics and fully equipped multimedia labs are all part of the technology and multimedia experience on offer.

For students on the following courses:

The Orchard is a 40-seat computer lab specially designed to support teaching and learning of audio production. It is equipped with a high-quality projector, a pair of audio monitors, small sound recording booth and 40 Apple iMacs.

Each iMac is equipped is a Digi Design Mbox for recording and playback of audio, a midi keyboard with control surface and the following software:

These will be used primarily by students of:

The Audix Studio is our main mixing space for final-year Sound Engineering students. Featuring a vintage Audix desk for recording from the main studio and sound processing, the space is ideal for recording, mixing and post-production work. For mixing, the studio features a Digidesign C24 control surface and a Pro-Tools HD2 system with Lynx Aurora converters. Monitoring is provided through Klein and Hummel 0300s and Avantone Mixcubes, with Lynx Aurora converters. As with all of our studios, integration of our outboard processing is possible through the use of the patchbays.

Students on the following courses will use our Audix Studio:

The Toft Studio is our second Pro-Tools HD studio (alongside the Audix Studio), offering a treated recording and mixing space off the main studio. Featuring a 24-channel, in-line Toft ATB recording console and a fully featured patchbay, the Toft Studio is the main mixing and recording studio for second year undergraduates.

Monitoring is provided by Event ASP8 loudspeakers and Avantone Mixcubes. The studio features 24 channels of Lynx Aurora converters and has a dedicated Lexicon tracking reverb.

Toft Studio also features an isolation booth suitable for recording vocals and other solo instruments, making it perfect for isolated multi-track recording along with the main studio (Room 192) and Mix 1 or for overdubs.

Students who will use this equipment include:

The main live room is the recording space to which the Toft Studio, Audix Studio and first three mix rooms are connected. Mix Room 1 and the booth within the Toft Studio provide three different acoustic spaces desirable for tracking various instruments, with the reverb time in the 192 Studio variable through manipulation of the acoustic panels found on the walls.

Studio live room is relevant to these courses:

The Foley Studio is part of the virtual studio allocated to post-production audio for the moving image. Featuring a recording system and large screen, the space allows sound and film students to work on sound effects for film and other visual media, and to audition material recorded and presented in 5.1.

Student on the following courses will be particularly interested in our Foley Studio:

Mix 1 is a small recording space large enough for drum kit recording and acoustically designed for recording rather than mixing. Mix 1 can be used in a multi-room recording along with the 192 Studio or alternatively, can be combined with either Mix 2 or Mix 3 for smaller recording sessions.

Mix 2 is a small recording space based around Logic Studio and a Mackie Onyx mixer. Monitoring is provided by Genelec 8040 loudspeakers. Mix 2 is either used as a control room to Mix 1, or for tracking from 192 Studio.

Mix 3 is another small recording and mixing room, which can be used with Mix 1 or 192 Studio for tracking. Generally used as a mixing space, the room features a Logic Studio System with Genelec monitoring and an RME fireface converter. Processing is provided with a TC electronic powercore.

Mix 4 is of the same construction as the Drumtank and the isolation booth found in the Toft Studio. Featuring an Allen and Heath Zed16 mixing desk and event monitoring, Mix 4 provides a recording control room to the Drumtank for those looking to record into Logic Studio.

Mix 5 is situated alongside the Drumtank and Mix 4, providing a Pro-Tools enabled control room to the Drumtank. Featuring Focusrite ISA preamps, Mix 5 is a favourite among students looking to record punchy drum sounds into Pro-Tools.

The Mix Rooms are key facilities for students of:

This equipment is particularly relevant to students of:

Relevant to these courses:

For students on the following courses:

The Drumtank is a large, 3m x 5m isolation booth large enough to record drum kits and other instruments where tighter acoustic performance is required. The Drumtank permanently houses a Mapex drum kit with hardware and Sabian cymbals.

Royal Birmingham Conservatoire’s £57 million teaching and performance facility is the first of its kind in the digital age and is the perfect fusion of traditional and contemporary.

Featuring 9,000 sq m of purpose designed teaching, rehearsal and state of the art performance space, it offers unrivalled opportunities for our students. The audio and video digital infrastructure is designed to enhance and support live performance and to allow students to experiment with new technologies.

The best way to explore what's on offer is to come and see us in person, chat to our staff and students, and check out our facilities.

Our prospectuses offer a wealth of information and you can order an undergraduate or postgraduate version.