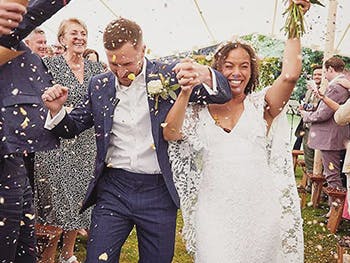 As we head back to BCU for the new term and a fresh start, the next year’s possibilities are endless. Will you do well in your degree? What friends will you make? Could you even meet the love of your life at BCU?

Research conducted by Accommodation For Students found that 23% of UK couples got together whilst at university, with 32% of graduates going on to marry their university boyfriend or girlfriend. So whilst the library or canteen may not be traditionally romantic, there’s a good chance you could meet your dream partner on campus. We caught up with a group of couples who were lucky enough to find their other halves right here at BCU.

Huma: “We met on the first day of officially starting our university timetable in 2012. We both chose to study Media and Communication, and our first lesson together was Radio. At the time, we were both in long-term relationships with other people. But, at different times, we decided to end things with our current partners and after a year of knowing each other, we found ourselves single at the same time, so we decided to give things a go.

“Although we studied the same course, we did specialise in different modules, but the Radio class was the one core thing we did together for the whole of university. We also worked with each other on events, mentoring other students and we hosted our own Pop Punk show on Scratch Radio throughout our time at BCU too." 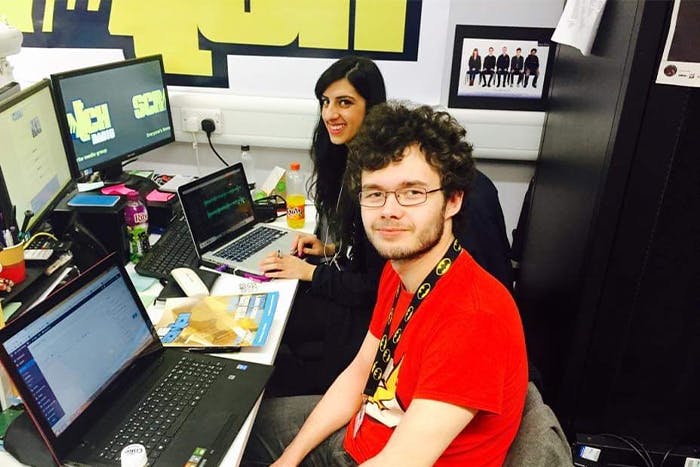 Huma and Ross presenting at Scratch Radio whilst at BCU.

Ross: “Nowadays, I’m a Software Engineer at a company called HotJar and Huma is a Marketing Officer at Newman University. Last year, we purchased our first home together in Solihull and we welcomed a new edition to the family too, our Pomeranian dog Ziggy. We’ve now been together for eight years, we got engaged in early 2017 and we will be celebrating our fourth wedding anniversary in October.

“In the future, we’re keen to keep working hard and growing in our careers, travel more and eventually start a family. But we would be content with growing old together and being incredibly happy.” 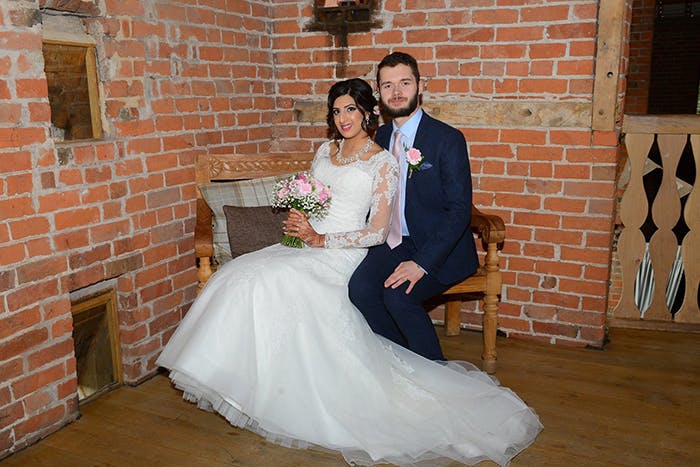 Jessica: “I studied Fashion Design at BCU and Robin did Illustration, so although we both chose creative courses, we probably would never have met during university if it wasn’t for us being placed into the same flat in Jennens Court in our first year. We made it official shortly after we realised that there was something between us, and we were together for the duration of our time at BCU.

“However, at the end of university in 2012, we decided to break up. I was moving down to London for an internship at London Fashion Week and we never spoke again. That was until late 2014, when I bumped into Robin’s brother several times in the same month. I thought it was really odd, so decided to message Robin about it. He’d recently moved down to London too, so we decided to meet for a drink. We’ve been together again ever since.

“Having that break was really good for us and gave us chance to grow as individuals. Robin went to China for a year to teach, and then decided to become a teacher back in the UK and I was able to focus on my career and life in London. I don't normally believe in fate, but I definitely feel like something must have happened, because the chances of seeing his brother so many times in a city as big as London are very slim, so it must have been meant to be. 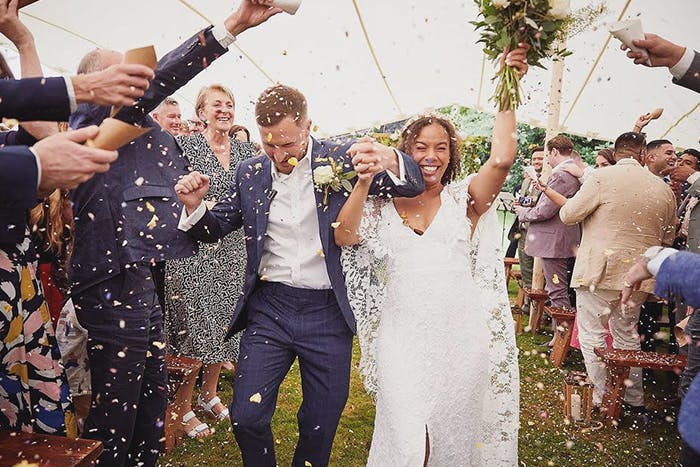 Jessica and Robin on their wedding day in 2021.

“We're both very different people. He’s very determined and has a get up and go attitude, I’m much more relaxed and chilled, so we complement each other well. Robin is also very positive and encourages me to do new things. We’re both taking part in the Hackney Half Marathon soon, it’s something I would never do but he pumps me up. We are both very patient people though, so we work together well.”

“After working in the fashion industry for several years, nowadays I work as an Optimisation Executive at Channel 4 and Robin is a Primary School Teacher. In 2020, we both turned 30 and we were going to get engaged at his parents’ house at a big family party. However, lockdown happened. He cooked a meal for my birthday at home and invited me into our dining room for drinks beforehand. I walked in, and he was on one knee. I thought he was joking!

“We then got planning the wedding, and we were so lucky to have the best day in July 2021, not long after the restrictions on weddings were lifted. We got married at Robin’s family home in Hertfordshire. His dad did the ceremony for us and we had a huge tepee in the garden, and everyone danced to Sweet Caroline. It was an amazing day, so relaxed and after the last 18 months, our 120 guests had the best time.”

“We’re both looking forward to the future. We moved into our first flat a couple of years ago and we’re doing lots of work to it and we’d love to start trying for a family of our own by the end of the year too.”

Danielle: “I started studying BA (Hons) Primary Education QTS in 2002. Stephen had started at BCU a couple of years before me to complete a HND before deciding to study the Business Management course. We met at the University’s Christmas Ball at Aston Villa football ground in 2003 and we made things official a few months after meeting. 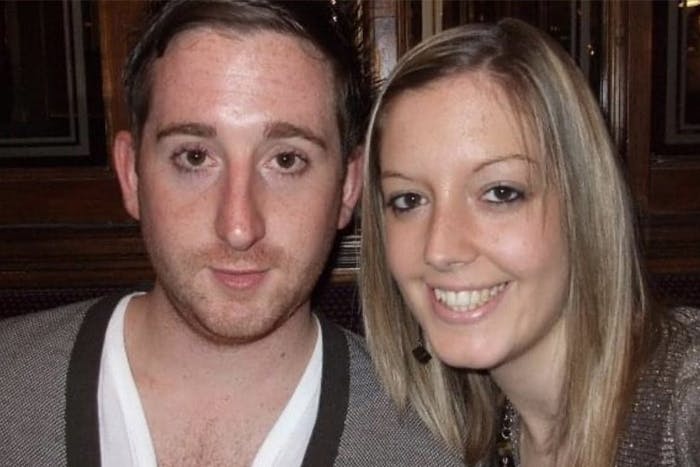 Danielle and Stephen whilst studying at BCU.

“I graduated in 2006, and Stephen stayed on at the university to manage the BCU football team. I never thought I would meet my soulmate at university, especially at the age of 19. Stephen was super popular. He was captain of football teams, ran for student union president and I was so proud that he was mine!

“Stephen said within weeks he knew that I would be his wife. I just knew after months of the butterflies not disappearing after each time I saw him. He made me wait 11 years until he popped the question, but we finally got engaged in 2014 at BCU, at the old Perry Barr campus. We walked by the library and were reminiscing on the old days, and Stephen got down on one knee. We then headed to the Hare of the Dog for a pint. 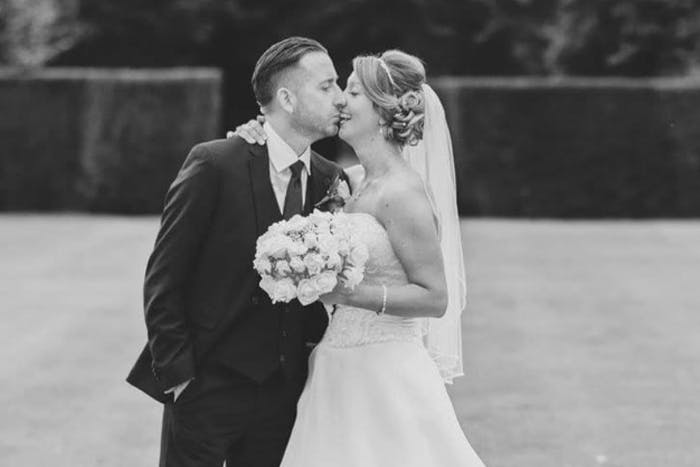 Danielle and Stephen on their wedding day in 2015.

“We got married a year later in my home town of Rugby. The venue, Dunchurch Park, was a childhood dream of mine. Walking down the aisle and actually saying I do was the best moment for me. Seeing all of our friends and family together celebrating us was amazing and there were lots of other BCU grads there with us too.

“Nowadays, I work at Walkwood Middle School in Redditch as the Assistant Principal, and Stephen is currently Head of Bid Management at Novus Property Solutions. We have both helped each other a lot. Stephen has managed to open his own business and I have reached a senior level in teaching. We have believed in ourselves and achieved so much together, both personally and professionally. 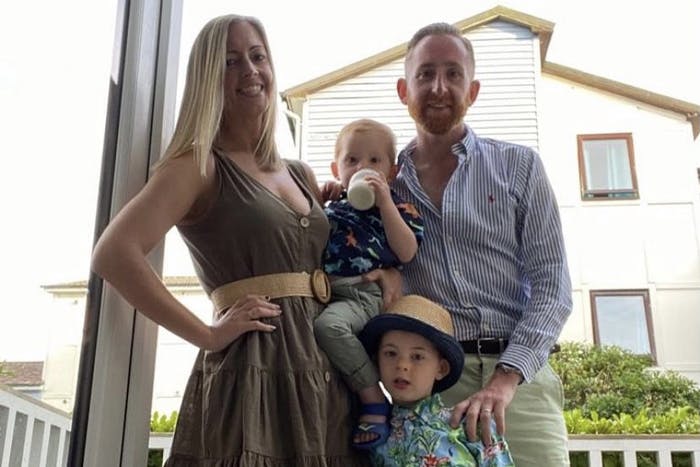 Danielle and Stephen pictured with their sons.

“We are still as in love as we were at university, and now we’re raising a family with our two young boys, Charlie who is five and Henry who is nearly two years old. Our biggest achievement is definitely going from the crazy going out all the time couple to parents, while we still appreciate each other at the same time.”

Did you meet your partner at BCU? We would love to hear your story. Email us today: Alumni@bcu.ac.uk