An Illustration graduate is making his mark thanks to a series of work featured in the Financial Times and his work being displayed at a leading art gallery in Los Angeles. 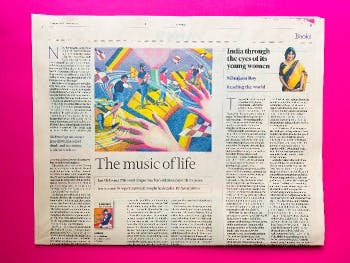 Harry Jones, who graduated from BCU with a BA (Hons) in Illustration just two months ago, has already been commissioned several times by the Financial Times, with his work being used on both the website and in the newspaper itself, as well as a wide range of other success in his chosen industry.

He said: “Since graduating, I’ve been lucky to have received work as a freelance Illustrator.

"I’ve been commissioned by the Financial Times several times over the last few months, and I’ve even illustrated their lead fiction of the week, including chapters from the likes of Ian McEwan, in their Life and Arts section three times.

“I’ve also recently had a commission with Substrakt, who are a design company, where I was commissioned to produce a vinyl cover illustration for the production ‘Joseph and the Amazing Technicolor Dreamcoat’. I was even asked to attend an event in Digbeth for Camden Town Brewery, where I sat at a stool and drew portraits of staff and customers in a minute or two, which was really fun.”

As well as a series of exciting commissions, Harry also had his piece, titled ‘The Final Three’ exhibited at Gallery1988 in Los Angeles. He said: “Each year there is a brief that is given to Visual Communication students to create a piece of artwork for the gallery based on the theme of the exhibition. 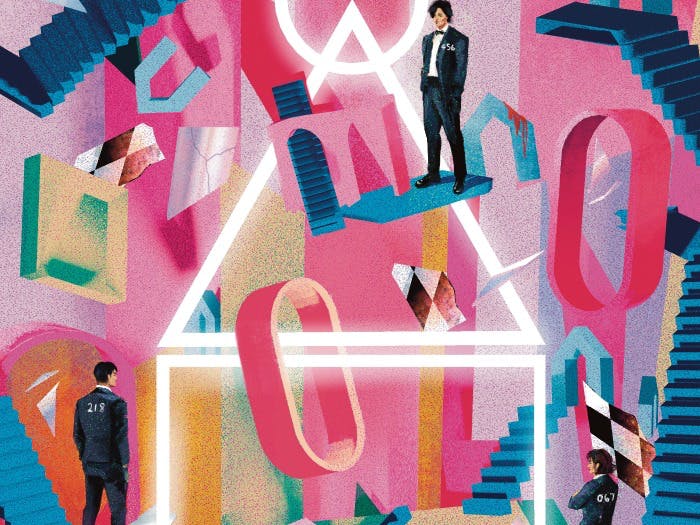 This year, it was titled ‘Idiot Box’, and we had to create a piece based off any TV show of our choice. I chose the Netflix series ‘Squid Game’. I was fortunate enough to have my work selected to be displayed along with a handful of other students. It’s an incredible opportunity and amazing to think my work is not too far from the Hollywood Hills!”

Harry was also awarded the Student Animatic Award in the FIDA Fashion Awards earlier this year, as well as being named in the Association of Illustrators (AOI) top 10 UK illustration graduates to watch in 2022.

He said: “Being named one of the AOI top 10 grads to watch was a really lovely surprise and completely unexpected. To be recognised on such a huge scale against so many other students across the country is amazing.

“It’s very strange that all of this success is happening for me. It’s all I’ve ever wanted and I’m so excited for the future.”

But the alumnus never planned to attend university. He said: “University was never something I wanted to do. I took a year out after finishing my time at sixth form and worked part-time. But then I saw that there was an Open Day coming up at BCU where I could study Illustration. I thought I didn’t have anything to lose by attending.

“It was perfect for me, as the university wasn’t far away from home. One of the reasons why university never really appealed to me was because of the traditional ‘student lifestyle’, but I soon realised you make your university experience however you want. I’m really glad I decided to go to the open day, as it led me to apply for the course, which has been the best decision I’ve made in my life so far.

“I feel like my degree taught me so much, more than I ever thought it would. Each stage on the course was beneficial and necessary. The first year was very much about experimenting and understanding the foundation of how I worked, second year I was putting that into context, and in my final year, I further improved on all of that and put it into practice, including working as a Content Assistant at BCU.

“Being able to have live briefs from companies within industry and talking to people from the sector too was also hugely beneficial.” 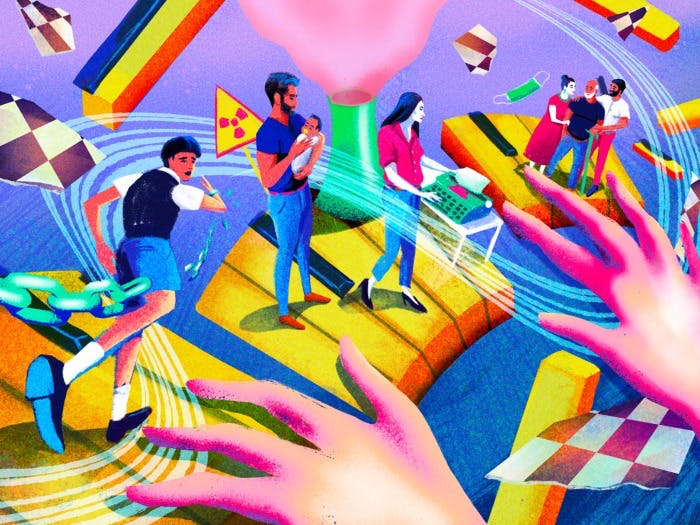 Harry now has big goals for the future, with dreams of his work appearing in the world’s biggest newspapers and magazines.

“I’m hoping for lots more in the future. With my work being based within editorial, fashion illustration, animation, and advertisement I’m hoping to receive lots more work in those areas.

“It would be an absolute dream to be able to have editorial work commissioned by the likes of WIRED, The New Yorker, TIME, Vogue and GQ. I’d also love to produce illustrations for fashion brands such as Dior and Chanel.

“But over the next year, I’m planning on continuing doing what I’m currently doing, trying to get work within the industry, continuing to learn new skills and align them into my practice, and make a name for myself within the sector too.”

After his series of successes since graduating, Harry has some great advice for current students. He said: “My advice to current Illustration students would be around freelance working. It can be difficult, but it’s also important to not get disheartened if you don’t receive replies from art directors. You have to remember there’s hundreds, if not thousands, of people in the same position as you who are also trying to get illustration-based work.

“It’s also important to set so much time a week to research or make note of art directors you can connect with or get in touch with. LinkedIn is a great place to find art directors quite easily too.”

Find out more about Harry and take a look at his work here.