The world’s eyes will be on BCU’s homegrown talent when some of our graduates – including chart-topping band Duran Duran and skilled opera singer Samantha Oxborough - take to the stage at the Commonwealth Games. 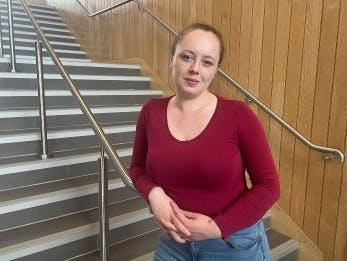 Duran Duran – whose bass guitarist John Taylor formed the popular band along with Nick Rhodes in 1978 whilst studying at BCU when it was known as Birmingham Polytechnic - has been named as the headline act for the Opening Ceremony of the Birmingham 2022 Commonwealth Games.

The new wave legends are not the only BCU-grown talent taking centre stage.

Samantha Oxborough, who graduated in Vocal Studies from the Royal Birmingham Conservatoire in 2017 before completing a postgraduate qualification in the same subject, has been selected to sing the National Anthem at the ceremony, which will have an audience of 35,000 people at the venue, as well as an expected one billion people watching live on TV from around the world.

Meanwhile, BCU’s Visiting Tutor in Jazz Studies, Soweto Kinch, will also be performing at the ceremony.

The event is taking place at the Alexander Stadium in Perry Barr, just a stone’s throw away from BCU’s former City North campus. The redeveloped stadium is also set to provide a new base for up to a thousand BCU sports and exercise students following the games.

Samantha will sing alongside the CBSO and the Birmingham 2022 Commonwealth Games Mass Choir, which is a 700 strong choir made up of different choirs from across the city. But the thought of performing on a world stage doesn’t worry Samantha.

She said: “The thought of myself performing on a world stage on such a huge scale hasn’t quite settled in yet. But I’m not going to think about the billions of people watching, I am going to focus on my performance.

“Before performing, I do a lot of practicing. I find that it’s important to focus on exactly what I’m singing and what the words mean too. I am really excited though! My family and friends are also over the moon for me, and a couple of them are going to come and support me during the dress rehearsals too.”

Samantha is no stranger to success though. During her time at the Royal Birmingham Conservatoire, she performed in several operas and has taken part in a wide range of competitions too. She said: “One of my proudest moments was performing at the Royal Albert Hall, where I sang in front of 5,000 people. But performing at the opening ceremony will be the biggest moment of my career so far, I’m very proud to be involved.” 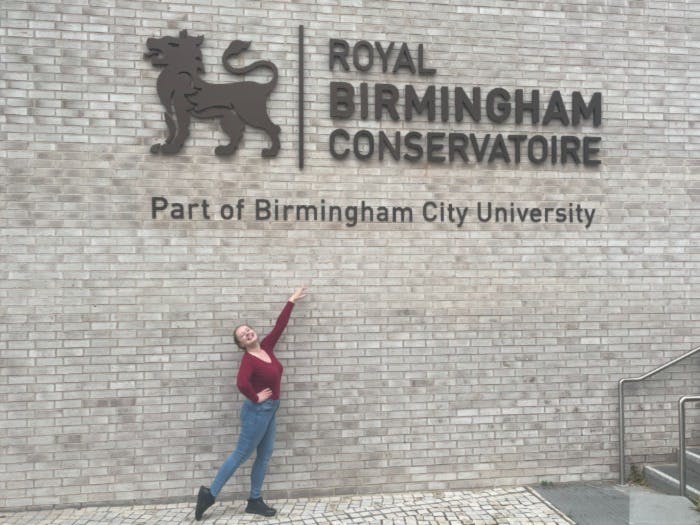 When she’s not preparing to sing the National Anthem, Samantha teaches singing lessons at two schools in Coventry, and was also based at the National Opera Studios in London from 2019 until the start of the first Covid-19 lockdown in 2020. The pandemic provided Samantha with the opportunity to retrain as a Carer for Midland Mencap, where she worked with children with disabilities, alongside singing in online performances too.

After getting involved with The Conservatoire Folk Ensemble during her studies, Samantha still performs with the group and often heads on tour with them. She said: “Being part of the Folk Ensemble hugely helped my confidence whilst I studied at RBC and I still love being a part of it, it’s just so fun. I loved how much there was to do at the Conservatoire. I had a main role in an opera in my second year at RBC, which was unbelievable for me as a student because it meant that I could really start to figure out what I wanted to do with my voice.

“There are lots of opportunities to perform in different spaces, and there’s so many connections with music venues across the city, and wider UK, too.”

It’s the strong connection that Samantha now has with Birmingham that makes her opportunity to sing at the opening ceremony even more special. Born in Blackpool and raised in Sabden in the Ribble Valley in Lancashire, she now lives in Harborne, and very much calls the city her home.

She said: “After coming down to study here when I was 18, I never went back. Birmingham is my home now. When I first joined the Royal Birmingham Conservatoire, I was based at the old Conservatoire, and moved with it to its new home.

“Being part of that movement and getting involved in as much as I could at RBC, I felt like I was a big part of the Conservatoire. So now singing at the Games and representing Birmingham, and RBC, is a massive deal to me and I’m very proud.

“This city is just incredible. The people here are so welcoming. But what I love most about Birmingham is the diversity. It has such a mixture of people and there’s also always so much to do, like a different show or performance on to enjoy.”

After performing at the opening ceremony, Samantha is off to perform at Kendal Calling festival in the Lake District with The Conservatoire Folk Ensemble and has high hopes for the future.

She said: “I’m keen to do more recitals and to perform for much more varied audiences. I’m also eager to get involved with more community events too. But the opportunity to sing at the Games will hopefully bring many more opportunities my way, and I’m so excited for the future.”

Birmingham 2022 Commonwealth Games opening ceremony will take place at Alexander Stadium on Thursday 28 July from 7.15pm and will be broadcast on BBC One and iPlayer.