A BCU Alumna, who was paralysed in a ‘freak accident’, is determined to walk again. 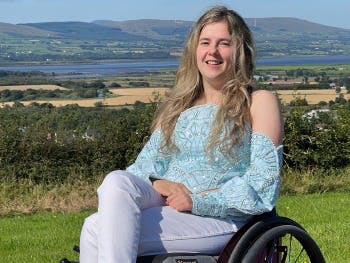 Jennifer Smyth, who graduated with a BA (Hons) in Product Design in 2019, was a competitive gymnast until she was 16 years old, when she was injured whilst practising for an upcoming competition season.

Jennifer, who grew up in Eglinton, a village outside of Londonderry in Northern Ireland, started gymnastics when she was just four years old, and by the time she was 16, she was excelling as a competitive gymnast.

She said: “On September 24, 2013, I was practising my new vault for the upcoming competition season. I was doing a handspring front somersault to my back on the mats, but when I landed, I just couldn’t get up.

“I immediately lost all movement in my arms and started to panic because I couldn’t feel my legs. My coach then rang an ambulance, and I was taken to our local hospital. Once there, it was revealed that I had broken and dislocated my neck at the C5 & C6 vertebrates. My injuries were too severe for our local hospital, so I was rushed to the Royal Victoria Hospital in Belfast for emergency surgery.

“I had two surgeries 10 days apart, where they put two plates and eight titanium screws in my neck. I spent four weeks in hospital and then a further six months in a rehabilitation hospital before being discharged back home.

“My whole life revolved around gymnastics. It’s sad that I can no longer do gymnastics, however, I still love the sport and still watch it now. What happened to me was a freak accident which has not put me off the sport, and I would hate for my accident to put others off. With my injury, I tend not to dwell on the things I can’t do anymore, and instead think of all the things I can do and how I can adapt too.” 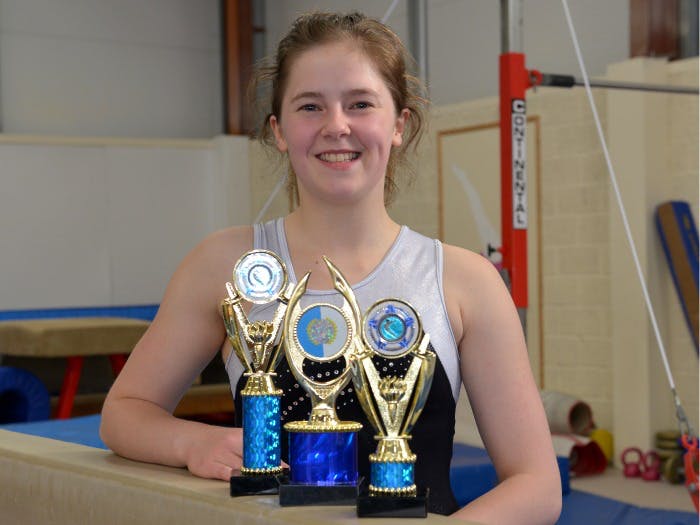 Due to her time in hospital, Jennifer had to repeat a year of sixth form, but she believes it made her even more determined to succeed and go to university. She said: “I wasn’t looking forward to repeating a year of school as all my friends were in the year above, and I didn’t really know anyone in the year below me.

"Growing up, I was a shy person, however, this injury forced me to become more assertive and confident in myself as I know my needs better than anyone else and needed to be able to communicate that with others.

“My injury didn’t change my plans for attending university, but it did change the subject I wanted to study. My plan was always to do something sport related, but after my injury I could no longer do the sport I loved, so I had to find other interests. I was also into art and crafts and decided to look for potential courses. I came across Product Design and thought that it sounded very interesting.

“I knew that I wanted to leave home for university, as I wanted to get away and see if I could live independently. I attended a BCU open day and saw that there was good accessibility and that everything was within rolling distance.

“I absolutely loved my time at BCU, and I was determined to have the whole university experience. Going to university, I knew that I wasn’t going to be fully independent but luckily I came across a company called AskJules that specialises in getting PA’s for students going to university.

“I was able to have two PA’s that worked alternate weeks and helped me out with absolutely everything. They were all recent graduates, so they knew university life and blended in to look like other students. They had their own room in the flat at halls and helped me do everything from getting me up in the morning to helping me out in university taking notes and helping me in the workshop to then going out to nightclubs at night.” 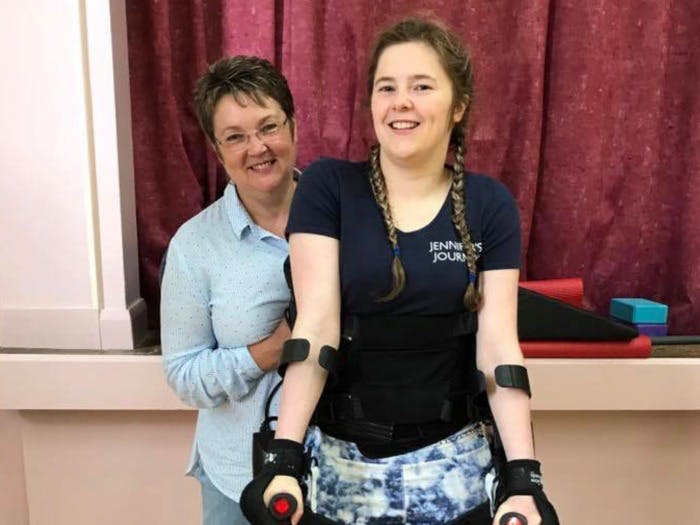 Jennifer is now determined to walk again, and earlier this year, she was able to hold a standing position by herself for the first time.

She said: “Growing up, I had previous gymnastics injuries and I treat my spinal cord injury as just another injury that I will get better from. It just might take a bit longer. After leaving hospital, I wasn’t granted any physiotherapy, but I still wanted an active lifestyle, so I decided to find private physiotherapy to help keep me in the best possible fitness for recovery.

“I currently spend up to six hours a week with my physiotherapists doing lots of different exercises to strengthen not only my legs, but my whole body. I use different forms of physio from simple stretching and conditioning to using electrical stimulation and forcing my muscle to contract and move, to also walking in various robotic exoskeletons.

“I was able to hold a standing position by myself for the first time in May of this year. It was my biggest achievement in my journey to walk again so far. It was amazing and being able to have that happen with my mum was also amazing. She has been so supportive throughout my whole journey and being able to stand up and give her a hug was the best feeling.”

Jennifer now has big plans for the future and is keen to inspire others that life isn’t over after a Spinal Cord injury.

She said: “My future plans include hopefully going back to America for a couple of months of intensive physiotherapy at NextStep Orlando, as I feel I improve the most with intensive daily workouts.

“I also want to learn to drive and become more independent, and I also hope to continue using social media to share my journey and inspire others.”