An Interior Architecture and Design graduate is celebrating his success after making the shortlist of a major international design award. 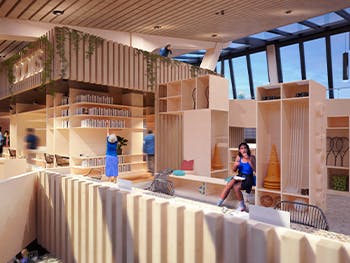 Luke Reynolds, who graduated with a BA (Hons) in Interior Architecture and Design in 2021, was entered into the IFI Global Awards, hosted by the International Federation of Interior Architects and Designers, after being named joint winner of the Head of School Award at BCU last year.

The awards, where Luke has been shortlisted in the Student category alongside 18 fellow students internationally, aim to recognise excellence in the design outcome of built projects and are taking place online on Monday 21 February, live from New York.

Luke’s submission was his final major project, which was based on findings of his critical study around spatial sustainability. Titled ‘Spatial sustainability and its relationship to inner city mental wellness in Generation Z’, Luke took inspiration from his own surroundings for the work. He said: “My project came from the fact that I’ve actually done most of my studies from a caravan. I looked at our ways of life and wanted to make this radical spatial change. We're so used to having plenty of space and huge living rooms and kitchens, but if we break it down and look at the home, we only use about 40 percent of the actual space.

“I designed a series of tiny home modules that could be purchased at any given time. Effectively, you could expand your home infinitely using a series of these modules. So as your budget and the needs of your space grew, your home would grow with you. 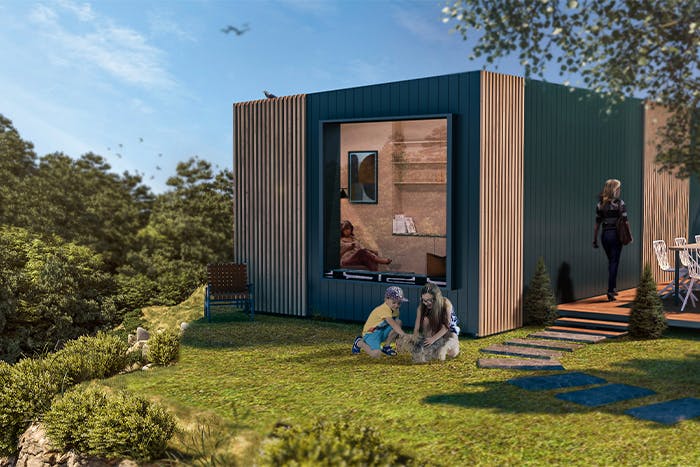 “The other part of the final project design was what I called a 'network site', where a network of big buildings were all retrofitted for this specific need. The idea is that you would purchase one of the tiny homes and you would have a basic kitchen, bathroom, living room, bedroom and whatever it was that you needed. Once you've purchased one of the tiny homes, you would then become part of the network and you would have access to a series of locations across the UK, with the flagship network site being based here in Birmingham.

“The idea was that you could move into this space along with other people and there would be shared facilities such as sports equipment, a library and places for people to work from home. The space would also host events for the wider community, as well as the private community inside of the building itself. One of the main intentions of the project was to encourage younger people to own their own home as they are often priced out of living in the city centre.”

Instead of handing in a portfolio of work for the project, Luke set up a website where you can browse the modules, look at the prices and learn more about what it would be like to live in one of the buildings. 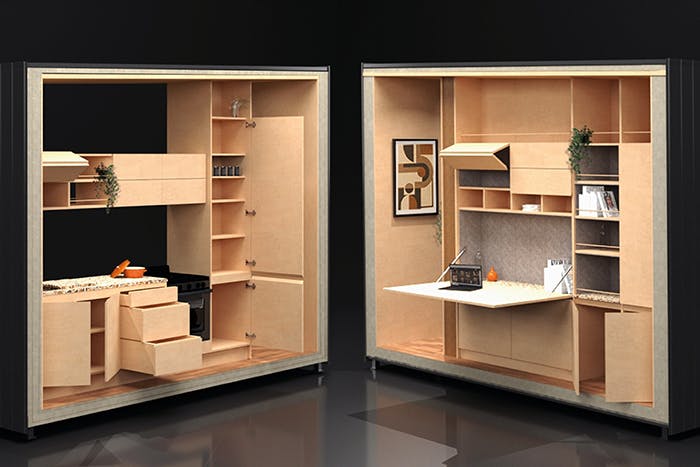 The exciting shortlist news came as a shock to Luke. He said: “I was really surprised to be shortlisted in the Student category. It’s an international award with some big competition from the likes of the Interior Design School of New York and here I am flying the BCU flag in these major awards! When I looked through and saw that I was also the only student shortlisted from England, it was a total high. I even messaged my tutor to make sure it was correct.

“I’m just so proud. I’m Birmingham born and bred and now to be representing the University, city and country in these awards is pretty special.”

During his time as an undergraduate, Luke was also nominated for a series of other awards, including Interior Educator Re:Define Awards and the Arts Thread Global Design Graduate Show. But Luke, who is now studying for an MA in Visual Communication at BCU after discovering his love of design, 3D and graphics, wasn’t keen on the idea of university before attending BCU.

He said: “I always thought I’d have to do a lot of writing at university and this scared me a bit. I also did very arty GCSE and A-Level based subjects, and I didn’t know if they would be enough to get into university. But I decided to push through and I’m so glad I did. The moment I saw the quality of the facilities at BCU in comparison to other universities, and met the faculty staff, I knew it was for me. 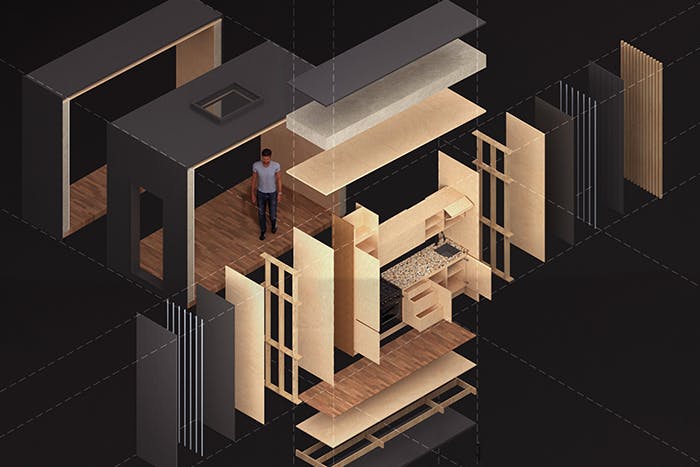 “Originally, I was going to study Architecture. But then I realised the power of internal environments. Ultimately, you spend most of your time inside and you are a product of your own environment, so I decided to study interior architecture and design instead. I think that it was the best decision I've made in my life so far. I was never particularly into interior design but when I started the course and began doing well, I realised that this is what I’m meant to do. Every year, the course got stronger, and it just got better and better.”

Alongside his MA, Luke is now starting to plan for his future, with a huge amount that he wants to achieve. He said: “In the future, I can definitely see myself getting into teaching. Teaching is something that I've had a lot of opportunities to experience as I currently work as a Mentor for the final years on the Interior Architecture and Design course and I absolutely love it.

“I would love to go into exhibition design too and maybe even start up my own studio and run my own business. But ultimately, I want to just really enjoy architectural visualisation and see where life takes me.”

Find out more about Interior Architecture and Design here.