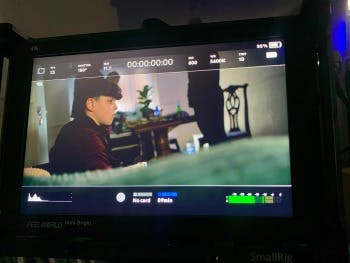 Matthew Ford, who is a Writer and Director for both Pretty Hate Productions and Viewfinder, graduated in 2013 with an MA in Creative Writing.

For the project, he worked alongside Dr Daniela Varley, Director of Recre8, who completed her PhD at BCU in 2019.

Empty Pages stars young actors from across the West Midlands and will be screened at the Midlands Arts Centre (MAC) in Birmingham on Wednesday 5 October.

The film is based on real-life cases and will be released at the same time as a bespoke resource exploring the impact that adverse childhood experiences and mental health issues have on the future choices of young people.

Matthew said: “Recre8 have always developed psychology rooted drama projects to engage, inform, challenge, and support young people through a variety of sensitive and real subjects. For over 10 years, they have worked with Pretty Hate Productions, Viewfinder and Daniel Alexander Films to produce film content based on focus groups and case studies with real, vulnerable young people from Birmingham.

“The film explores the impact of childhood trauma on young adults, and we were able to develop the idea with young people in virtual groups. We worked closely with Professor Craig Jackson and Laura Riley from BCU to discuss the impact, shape, and subtlety of trauma, bringing a small group of young people with us to a talk held by them both to ensure that we all began to become more trauma informed before embarking on this project. 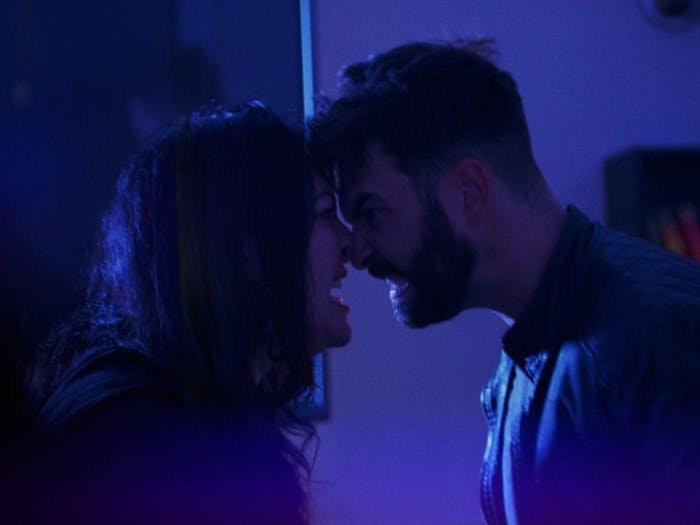 “The purpose of the project is to produce something that engages young people and allows them a safe, creative space to explore the issues of the film and choices of characters, in order to develop perspectives, empathy and informed choices, which in turn we hope will lead to real, lasting and positive change.

The film includes various methods of expression, including music, writing and poetry. Matthew said: “The film involves spoken word poetry as a creative outlet for the main character and mirrors the way that the young people we worked with found solace in various methods of creative expression, such as music, writing and poetry. The story follows Jackson as he tries to navigate a challenging life made even more difficult by past and present traumas informing his decision making.”

Alongside the film, a detailed resource created by Recre8 will be released, designed for facilitators and workers in youth organisations to develop a trauma-informed practice in engaging the vulnerable young people that they work with. 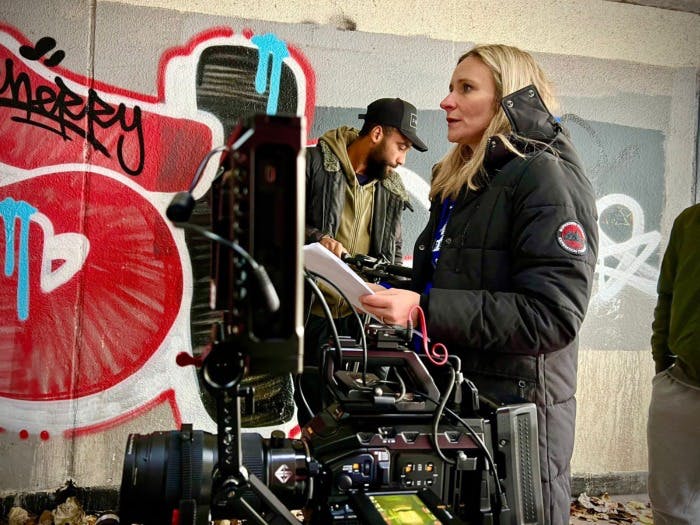 Craig Jackson, Professor of Occupational Health Psychology, said: “I am always pleased and proud to work with Recre8 and Matthew whenever I get the call.

“It was a privilege to meet the crew and also rewarding to help them tell this story from a psychological viewpoint. Their experience and expertise, and ability to tell engaging stories on a psychological level without patronising a younger audience are highly effective.

“It’s a privilege to work alongside them. I'd like all my students to see this film. It is also satisfying to see Daniela, a former PhD student of mine, using her Doctorate in Psychology in such an interesting and creative way".

Laura Riley, Lecturer in Criminology and Policing, said: "It’s great to be part of a project which looks at such an important topic in such an innovative and creative way.

“It’s also brilliant that it involves working with so many talented people from BCU. This film will be a thought-provoking resource to discuss with our students".

Empty Pages will be shown at the Midlands Art Centre (MAC) in Cannon Hill Park, Birmingham, on Wednesday 5 October at 6pm. Attendance is free, but registration is required via Eventbrite.

The Empty Pages film and resources are available free of charge to youth organisations by contacting Recre8 directly. Members of the public who wish to view the film can also contact Recre8 for a private online link.