An Applied Theatre alumna has launched her very own theatre company and is currently directing and producing its first show. 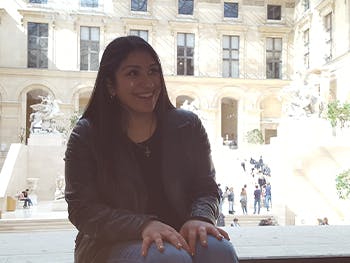 Elena Yianni, who is from Cyprus and now lives in London, graduated with a BA (Hons) in Applied Theatre (Community and Education) in 2021. But after discovering intense competition in her chosen industry, Elena decided to do it on her own instead.

After setting up Million Dreams Theatre, Elena decided to reach out to other creatives and start producing and directing her first production. She said: “Out of frustration and passion, I just needed to create something! The best thing about applied theatre is that you can use theatre or the concept of drama as a tool for change, and to do something great. We can go into schools to run workshops on building confidence, or we can work with prisoners, or even go into hospitals. Applied theatre means you can work wherever there are people.

“I am now directing and producing a show called Revelations. There are 15 people in the team, and we’re all emerging artists. The show has been written by a talented writer called Saoirse D Byrne, and she has been great to work with. The show is set in a church and looks at the relationship between young people and religion.

“The production aims to show the conflict between the joys of personal faith and the community that can be found through religion, versus the understanding of the way religion continues to be weaponised against vulnerable and marginalised people, and how it can be used as a way of trying to excuse intolerant behaviour.” 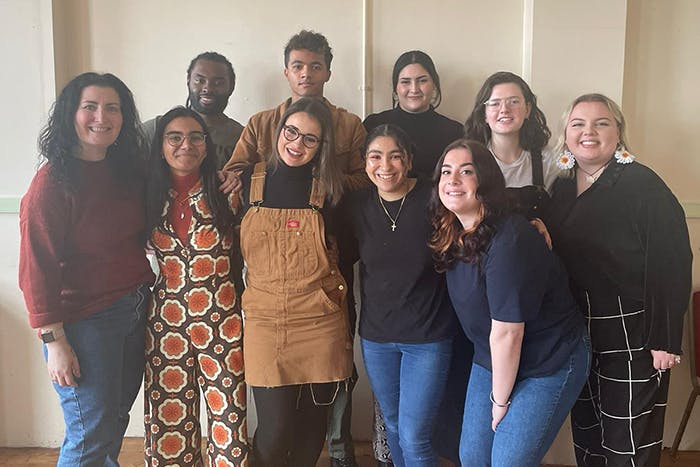 ‘Revelations’ follows the story of a group of church attendees after £65 is stolen from the church collection fund. Organist Jessie and her chorister girlfriend Tara are the first to be accused. But as their friends attempt to clear their names, they are outed to the whole community, which puts serious strain on their relationship. The blame soon shifts to high-achieving schoolboy Toby, who has secrets of his own, including a questionable relationship with young altar server, Maddie.

As their secrets start to unravel, it becomes apparent that the parish Deacon, Toby’s older brother James, is covering up something more sinister; a case of abuse and manipulation that would destroy the community if it were to be uncovered. The young friends are then forced to make a choice; keep quiet about Deacon and become complicit in the cover up; or report him and face the consequences of revealing such a scandal.

The show, and the creation of her own theatre company, is just the latest step in Elena’s lifelong dream to create theatre. She said: “I have always loved the arts, ever since I first watched High School Musical on Disney Channel. I just fell in love with the fact that people were singing, dancing and acting. I said to myself that one day I would be part of something as big and special as High School Musical, which is where I began my journey into performing arts.

“But if you’d had asked me five years ago whether I wanted to do applied theatre, I wouldn’t have really understood what it was. But as I progressed through the course, I just knew this made sense for me. I don't just make work because I want to entertain, I make work because I have something to say, and this is my platform to say it.”

Elena is now looking forward to combining her theatre skills with her passion for politics in future productions. She said: “Applied theatre is about creating theatre and using drama to create stuff that has a purpose. Not just to entertain, but to educate, empower, inspire and raise awareness. I’m really passionate about politics and aware of issues going on around the world, and I want to help people. Applied theatre gave me the tools to use drama to do that.

“It took a lot for me to decide to do this by myself. But I realised that as a director, all I need is a team, I don't need somebody to give me a job, I can just make work. If you're a painter, you don't wait for someone to commission you. You just get your paint brushes and your canvas and make your work.

“You’ve just got to get yourself out there and do it for yourself. That's what I've done. I went out, I got the artists I need. I found the right writer. I found some actors. It's just about coming together and collaborating.”

‘Revelations’ is previewing at the Brighton Fringe on 26 and 27 May before heading to London’s Fuse Festival in July.

Find out more about Applied Theatre (Community and Education) at BCU here.