An exhibition marking the centenary of one of the greatest tragedies to ever take place in the Black Country is set to be staged in Tipton by artist and BCU graduate Chris Hardy. 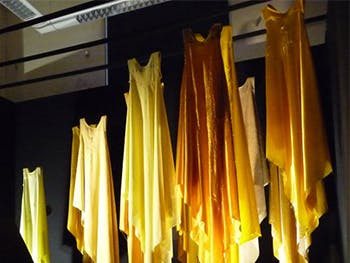 The exhibition, titled ‘The Tipton Catastrophe’ is based on the events of March 1922, where an explosion claimed the lives of 19 girls as they dismantled tons of rifle cartridges. Thousands of people gathered at the scene of what became known as The Tipton Catastrophe.

Chris has spent 12 years producing artworks as her tribute to the girls and will display them together for the first time at Tipton Community Centre from March 4 – 7.

A press report at the time said: “Some were scorched beyond recognition. The flying gunpowder had totally disfigured them, and their clothing was literally torn from their bodies. In a number of cases their skin was torn away and, in this condition, they ran maddened about the yard.”

The equivalent of £1 million pounds was raised for the victims’ hospital bills, survivors and their families, as there was no free National Health Service at the time. Strange gifts of carpets and crates of champagne were also sent to the victims’ homes.

Questions were asked in Parliament about the incident on March 6, 1922, and a boss of the factory was eventually sentenced to five years in prison for the deaths.

Chris began the project 12 years ago whilst studying Fine Art at BCU, with her aim to highlight an event which is little known outside the Black Country, and as a reminder that industrial tragedies involving exploited workers still occur around the world even today.

The exhibition consists of paintings, sculptures and text relating to the lack of identity and choice that result from poverty. It includes nineteen oversized yellow dresses, one for each girl. The dresses have been given texture and gun shot wounds and are predominately yellow referring to cordite used in the munitions industry, which was renowned for turning workers’ skin yellow. 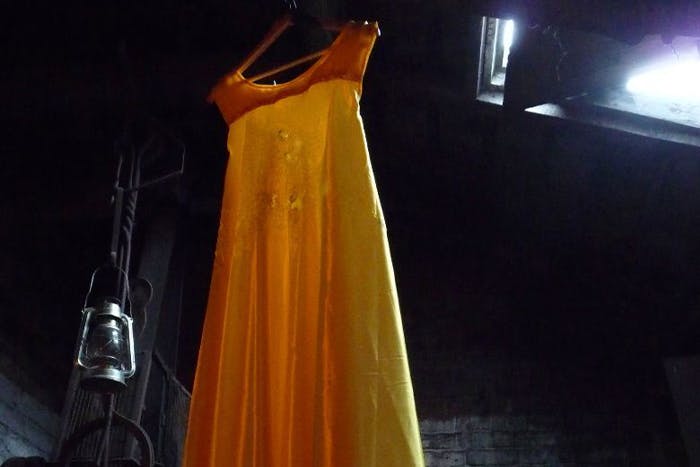 After working in science and engineering, Chris decided to pursue her passion for art. After completing an Art Foundation course, she enrolled onto the Fine Art BA (Hons) course at BCU, before graduating in 2013.

Chris’s studio is in Harborne and some of her other work has been displayed at the Royal Academy Summer Exhibition, London, and at the Royal Birmingham Society of Artists. Her diverse portfolio includes theatre and costume design, caricatures and illustrations for books, stained-glass designs, garden accessories and pub beer mats.

She said: “I am extremely grateful to Tipton Community Centre for giving me the space to exhibit my work as I wanted to mark the centenary in the town where this tragedy occurred.

“What happened to these girls should not be forgotten, and I hope visitors will reflect on how supposedly ordinary lives are still being affected by such incidents today.”