A Visual Communication graduate has joined forces with two leading fashion brands to showcase her work during Women’s History Month. 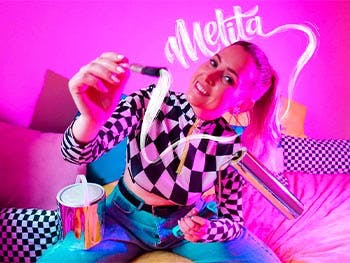 Melita Berg, who graduated in 2016, will be painting a completely unique art piece live at Adidas’ London store for their International Women’s Month exhibition. Taking place on March 17, the opportunity came about for Melita when she was live lettering for Estrella Damm.

Melita, who is now working as a Lettering and Mural Artist by day, and Graphic Designer by night, said: “The exact piece for the Adidas event is currently in the works, but it will definitely be lettering based, and of course, in support of women.

“With the current situation in the world I would love to share a message of positivity, compassion and hopefully inspire. The event in London is free to attend and the tickets are available via the Adidas app, but be quick because there aren't many left!”

Adidas aren’t the only big brand that Melita is currently working with. The graduate is also collaborating with Vans on two major projects, including a customisation workshop which took place at the Vans store in Birmingham on 10 March.

She said: “Step Into Your Activism is about unleashing your inner creative activist, and I’ll be helping every step of the way with advice, sketches and painting for people customising their Vans with messages of change for causes they care about. Being picked to be a part of this event, especially one that highlights women, is an honour for me.” 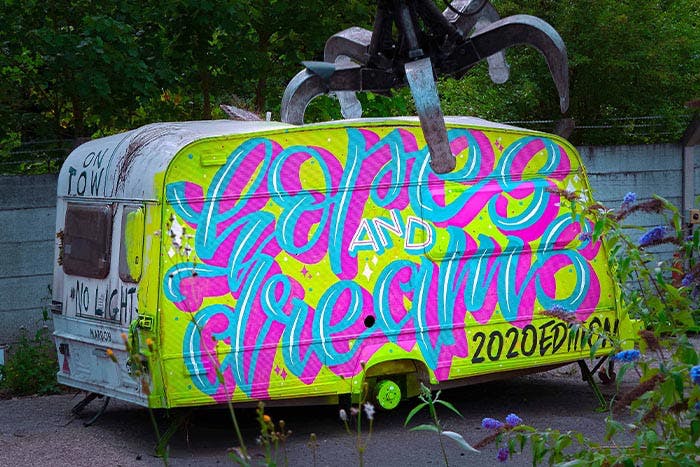 Melita also won a major European competition titled Van for Vans, with her project currently underway. She said: “It was so exciting to win the competition with my project proposal. I will be building a skate-able van with ramps. It's a large four-stage project from securing the van and site, to painting, building and filming it being used.

“It is my dream project as the ramps will be donated to the local community after the build. It's the first project of this scale that I have led, and I have an incredible team lined up to help with it all. It will be used in the future by Vans as an advert for creativity.”

The impressive projects are just the latest in Melita’s exciting career so far. But the talented graduate didn’t always plan on going to university. She said: “I did not plan to go to a university, originally I was looking for work placements, but there just wasn’t many opportunities around.

“I also originally applied for an Art and Design course, but I later changed my choice for a course which was more graphic design based. BCU was an easy choice for me though, there’s so much colour in the streets of Birmingham, especially in Digbeth, and the range of creative events, galleries and markets made the move even more exciting.” 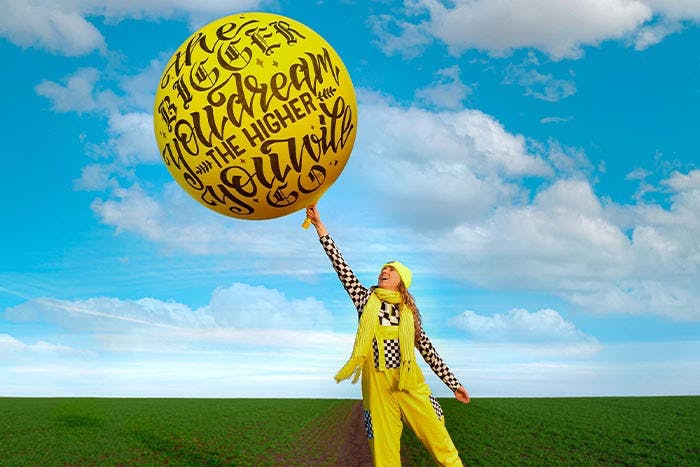 Since graduating, Melita has worked for the likes of Paco Rabanne, Dior and Estrella Damm as well as Vans, Adidas and Boardmasters Festival. She said: “After university, I promised myself to only take on creative roles, no matter how big or small. I'm really proud that I'm still creating and that my grandmother has also been here to witness my little wins in life.”

Melita also has top advice for current students: “You need to be your own biggest fan and if you can, build yourself a support system.

“Luke Tonge, Director of Birmingham Design, has been my mentor since my second year of university and I honestly wouldn't be where I am now without him.

“There will always be people to congratulate you when you're up, but it's the people who pick you up when you want to give up, that matter the most.”