A Photography alumna is celebrating the launch of her first major solo exhibition. 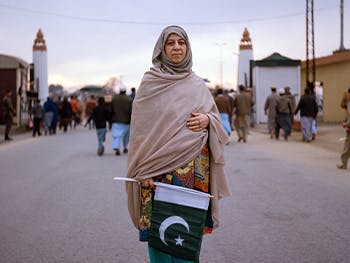 Maryam Wahid, who graduated from BCU in 2018, will have her exhibition, titled ‘Zaibunnisa’, on display at the Midlands Arts Centre (MAC) in Birmingham until 18 April.

The exhibition is Maryam’s first major photographic exhibition following her success as an expert on the Great British Photography Challenge in 2021, alongside being awarded ‘Portrait of Britain 2021’ by the British Journal of Photography, an award she also received in 2018.

Since graduating, Maryam has also been a judge on ‘Hold Still’, a photography competition which was spearheaded by the Duchess of Cambridge and led by the National Portrait Gallery, as well as a whole host of other successes.

‘Zaibunnisa’ meaning ‘the beauty of women’ refers to Maryam’s mother’s birth name prior to emigrating from Pakistan to the UK in 1982 for an arranged marriage. The series of photographs tell the story of Maryam and her mother’s journey to Lahore back in 2019, the alumna’s first-ever trip to Pakistan. 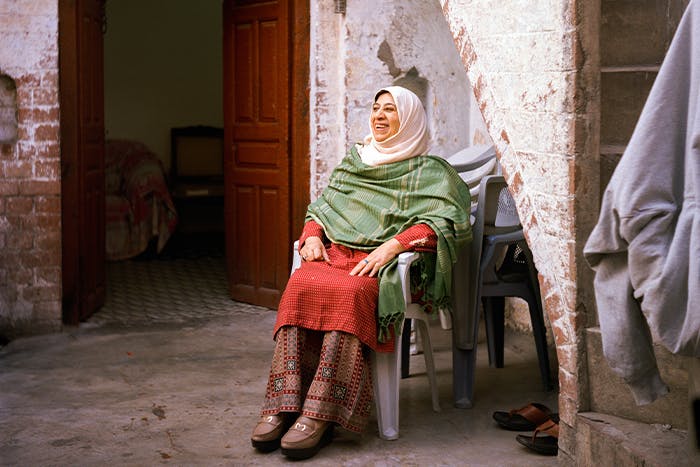 'Mum in her childhood home after 24 years.'

The graduate spent a huge amount of time with her mother during the journey, as the duo reconnected with old friends and family. After spending time at her family home, Maryam reimagined what her life could have been, had she lived there, as she felt a deep connection to the house and to the maternal family she had never met.

Maryam said: “The exhibition is titled ‘Zaibunnisa’, which was my mother’s name before she married my father in 1982 and came to the UK. This was a name that always connected to me because it reminded me of my mother and her life before she came to the UK. This felt like a chapter that I had longed to explore since I was young and I started to see another world outside of Birmingham.

“I wanted to go to Lahore and learn about my heritage, my family history and be able to find a connection there that really spoke to my own ancestry and spoke to my own heritage. It was a journey that really changed my life, and I couldn’t help but think what my alternate life could’ve looked like. 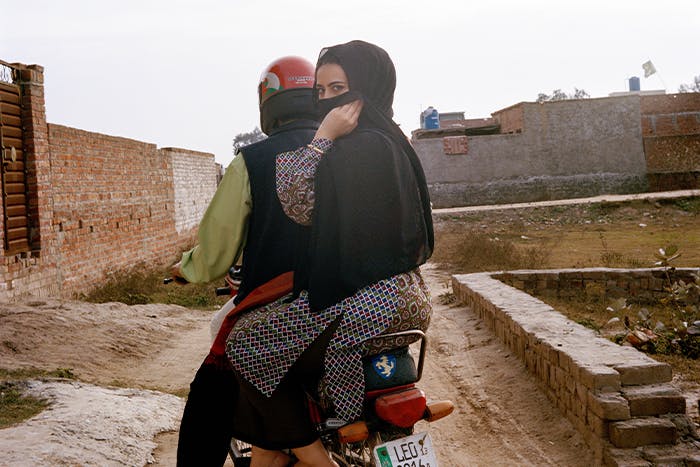 'Self portrait - alternate identity. What my life could have looked like.'

The exhibition discovers themes of loss, memory, identity, and migration whilst also celebrating the future and the positive married life that Maryam’s parents made for themselves here in Birmingham.

Maryam now feels proud of her origins and is proud of the work she has created: “The trip made me think about my identity and my British-Asian identity too. I feel as though I call Britain my home, but I am so proud of my Pakistani origins.

“I felt in Pakistan almost as though I would have been a completely different person. I feel so complete when I see this work, I feel like it’s a chapter in my life that I’ve now explored and completed.” 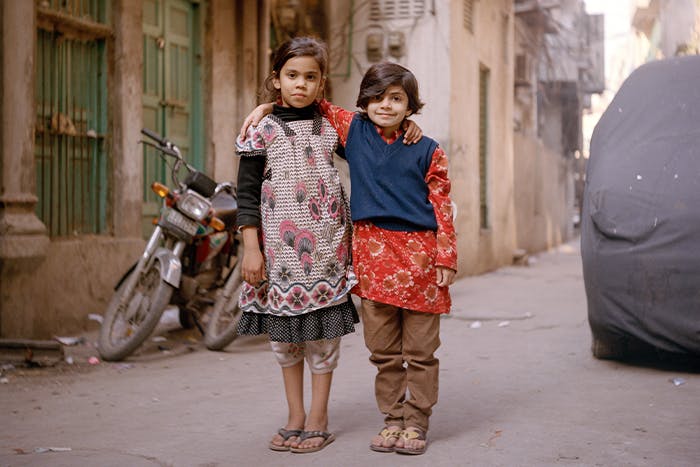 'Third generation living in the house mum grew up in Lahore.'

Joe Miles, Course Director BA (Hons) Photography, said: " On BA (Hons) Photography, we are so proud of Maryam. Since graduating just a few years ago she has gone from strength to strength, using photography as a way of sharing, understanding and celebrating diversity, culminating in her first solo exhibition, which I was delighted to attend. She is an inspiration to photography students, not just at BCU, but across the country."

Zaibunnisa is taking place at the MAC until Mon 18 April. Find out more here.