And on Tuesday 6 March 2012 we announced the winner in each category: 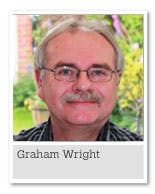 Thanks to Graham, the University now boasts one of the most successful mooting societies in England and has enjoyed considerable success at a national level. University students have reached five finals over the last few years and have regularly beaten teams from some of the country’s most prestigious universities including Oxford and Cambridge. 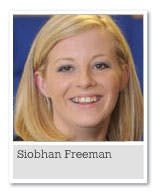 Student winner: Siobhan Freeman
Law student Siobhan Freeman was named as the winner of the student award. Siobhan’s personal story is one that demonstrates how much can be achieved with hard work, commitment and the right mindset.

Siobhan returned to university as a mature student and a single parent to a young daughter and has represented the University in mooting competitions and taken part in the mentoring scheme. Her hard work has paid off: she was recently awarded a highly prestigious £6,000 law scholarship from Lincoln's Inn, one of the UK’s four Inns of Court which prepares students for the Bar. 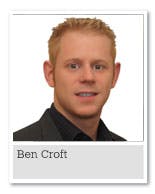 Alumni winner: Ben Croft
Ben Croft was named as winner of the alumni category. Ben’s CV is an impressive one, with a track record of career success from a young age.

Since leaving the University in 2006 Ben has travelled through six continents and lived in five of them. He has started three businesses and is currently President of the World Business and Executive Coach Summit, all at the age of 28.

Ben runs a successful international marketing consultancy that has had offices based out of Brisbane, New York, the UK and Buenos Aires.

A message of thanks

We received over 70 excellent and inspiring submissions, all of which can be viewed on the staff, student and alumni pages.

A massive thank you to everybody who got involved - we will be compiling a brochure that includes every case study displayed on this website.