Whether you're brand new to Birmingham or have lived here all your life, you'll be surprised about the amount of incredible things to do in the city. Birmingham has more than it's fair share of exceptional bars, restaurants, spaces and experiences which are either completely hidden or hold something delightfully unexpected.

Newcomers: use this as a checklist for discovering the quirky side of the city. Brummie aficionados: see this as a gratifying ‘been there, done that’ exercise.

IT'S #NATIONALBOWLINGDAY Eve! 🎉 We're so excited we wont be able to sleep. Pretty sure you can't either right guys? Right? Guys….

To celebrate, stop by any of our venues & enter our #competition tomorrow 🎳 pic.twitter.com/p7B4eowXnZ

Tucked away in the Cube amongst some of the best cocktail bars Birmingham has to offer is Lane 7, an entertainment venue offering pretty much everything you could want for a great night out. The massive venue features nine bowling lanes, a karaoke booth, retro arcades, shuffleboard and beer pong, which means there should be something for everyone.

Hidden underneath the Burlington Arcade, Bacchus bar transports you from the city streets of Birmingham to ancient Greek-inspired lounges, medieval corridors and Victorian studies. Inspired by Bacchus, the Greek God of wine, the bar and restaurant has plenty of drinks on offer, ironically specialising in cask ales though rather than the wine of its namesake.

A gorgeous array of poppies this morning in our Secret Garden. pic.twitter.com/2Xvi1dwH0I

It’s hard to say if a secret garden is a secret when there are signs that lead you to it, but it’s safe to say you wouldn’t expect to see a rooftop garden on your first visit to Birmingham Library. The Library of Birmingham is one of the largest public libraries in Europe, and is not only home to the historic Shakespeare memorial room, but also a tranquil rooftop garden with stunning views of the city.

People walking along Holloway Head in Birmingham are likely oblivious to the fact that axe throwing is happening mere metres away. A short trip off the beaten track will take you to Whistle Punks Urban Axe throwing Masterclasses - a fun alternative to a cheeky game of darts down the pub. At the venue you’ll be taught how to throw axes safely and accurately at targets and it joins a plethora of alternative adventure experiences at Grange Live Gaming, including archery, sword fighting, shooting, Victorian self-defence and zombie experiences.

Like many great things in Birmingham, this Jewellery Quarter-based Bouldering Centre is tucked away between one of the city’s railway arches. The climbing walls range in difficulty from newcomer to ‘I can’t believe anyone could tackle that’ expert. A fun and exhausting hour for just £5 if you’re a student.

NEW: Board game and burger cafe Meeple Mayhem join the #IBCARD. Here's what we had to say about them: https://t.co/N9K4dz5E1a #BrumHour pic.twitter.com/mTHkxVBaJm

When scrabble and a pint just isn’t cutting it, you need to step up your game. With over 170 games available to play, Meeple Mayhem is a cornucopia of weird and wonderful board games for casual and veteran table top gamers. Not only is it a great place for your next meet up with your mates, it’s also a cheap day out. For just £4 a person you can play as many games as you like and casual dining options including quality burgers, fries and vegetarian options won’t break the bank.

If you’ve got no idea how to play Risk or have taken one look at Game of Thrones board game and felt an early onset headache then don’t fret. All the staff are really knowledgeable and will even set up the games for you.

Birmingham has been called the city of a thousand trades, but the streets of Digbeth also show it’s a city of colour. Hidden in the narrow backstreets and less travelled alleys of Digbeth is art from some of the West Midlands best graffiti artists. The City of Colours festival, last held in 2016, encouraged street artists to make Digbeth their canvas and some of these artworks are now iconic parts of Birmingham. You can see some great examples of Digbeth street art here, but it’s likely that most of these art works have been replaced with new creations so the best way to experience it is simply to take a stroll. 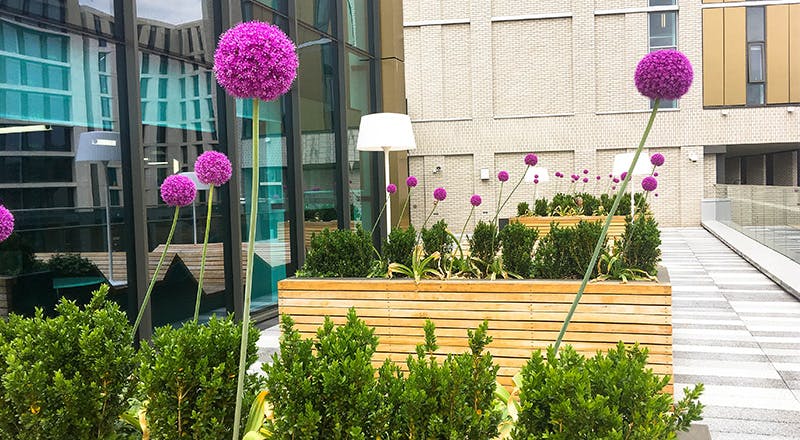 A secret only to those outside of BCU! Our ‘secret’ balcony on the new Curzon B extension is a great place to unwind after a long day and enjoy views of the Eastside Canal.

At 18/81 we finish each of our cocktails with a simple, yet precise, garnish to accentuate aromas and flavour notes within our drinks. Here we see grated nutmeg being applied as the final flourish to our gloriously-boozy Painkiller No. 2.https://t.co/GkExEL00Sk pic.twitter.com/KvPig2VxtK

Probably the Birmingham bar scene’s biggest secret. The bar doesn’t broadcast its location, meaning part of the cocktail is finding it on Thorpe Street. Once located, ringing the doorbell will allow you to enter. The bar specialises in experimental, fun and delicious cocktails, like Crumble an evocative (and boozy) take on the glorious apple crumble, but this time with Rum! Check out their Twitter page for lip-smacking cocktail pics.