Birmingham’s cinema scene is booming! Not only are there plenty of places to go, but each outlet also brings something unique to their offering. You’ll find somewhere to suit all tastes in the city, all within walking distance of our City Centre Campus. Here are the five biggest city centre cinemas, and what they can offer.

If you want the best of the best, you can’t do much better than Cineworld for the ultimate cinema experience. The Cineworld on Broad Street boasts not only an IMAX screen, but also a 4D screen. The latest advancement in cinema technology, 4D screenings involve a moving chair, environment effects like smoke, wind and rain, and even smells!

Plus you can always cap off your evening with a night out on Broad Street, which is packed with bars and restaurants. Similarly, the nearby Broadway Plaza also features an Odeon with a massive iSense screen, as well as a range of restaurants.

For something old school 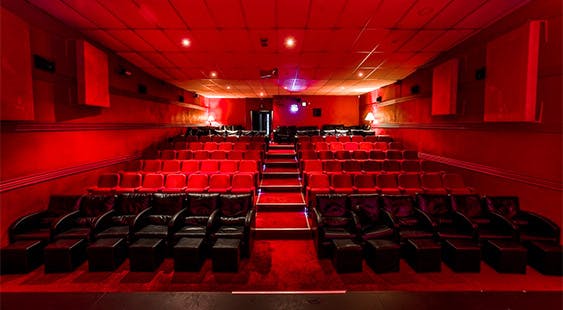 Perhaps the most unique cinema in Birmingham, the Electric Cinema is something of a local hero. The oldest working cinema in the country, it first opened in 1909 as a silent movie theatre. It unfortunately closed in 2003, but after a major renovation project, it reopened in 2004, and celebrated its centenary in December 2009.

Thankfully, it has retained all of its early 1900s charm. The original interior design was recreated when it was refurbished, so it’s like stepping inside a time capsule when you arrive. But mercifully some modern comforts have been added – the seats are very comfy (particularly the bookable sofas), and you can even text the bar your food and drink order and they’ll bring it up to you!

For your date night

The Everyman Cinema
116 The Mailbox, Birmingham B1 1RF

Looking to impress? The Everyman Cinema is the place to go. The newest addition to Birmingham’s vibrant cinema scene, the Everyman aims to be as upmarket as cinema chains go. Essentially a restaurant and a cinema rolled into one, you can enjoy proper meals inside the screen, whilst you relax in one of their excellent seats.

The cinema is also located right in the middle of the Mailbox, a hub for restaurants, bars and shopping just down the road from New Street Station. Featuring Miller and Carter, Rodizio Rico, Gas Street Social, Gourmet Burger Kitchen, Zizzi and Nandos, you are spoilt for choice for your special night.

For your break from shopping

Speaking of Odeon, their second cinema in the city is situated right in the middle of New Street. It is ideally situated within walking distance of the Bullring, Selfridges and Grand Central. So if you fancy a change of pace after tearing around shops all day, you can nestle in their onsite Costa before going to catch a film. 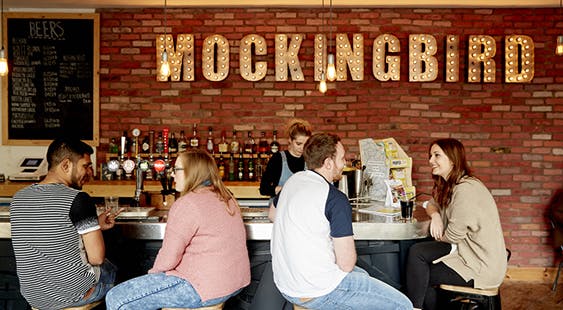 This doesn’t all mean that the only good cinemas in Birmingham can be found in the city centre. Digbeth also has its signature Mockingbird Cinema to shout about. Like the Everyman, there is just as much emphasis on the food as there is the films.

But what really marks the Mockingbird out is its varied line up of films. While you will find the latest Hollywood offerings, they also offer classic film screenings, music gig showings, and even the rare chance to watch movies with the people who have made them!

Five places that make Digbeth the coolest area in the UK

10 free things to do in Birmingham

How meadows can be good for your health