The School of Social Sciences is launching their ambitious "Birmingham 2029" project, which will see the city mapped out like never before to generate a big picture of life during the next decade of dramatic change. 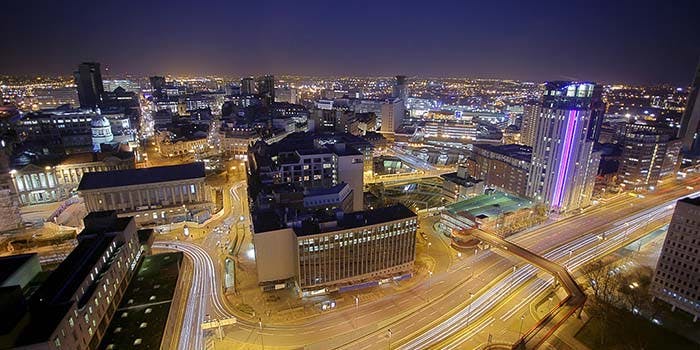 Through applied research into the people and places of the UK's second city, Birmingham 2029 will spotlight the social issues facing Birmingham today, and allow staff and students at the School of Social Sciences to embark on bespoke, focused research projects aimed at tackling these problems working with people and organisations.

Birmingham has been an innovative and radical city.

The pioneering local government that emerged in the nineteenth century under Joseph Chamberlain was replicated by other cities in the UK and across the world; an inclusive capitalism was promoted by George Cadbury aligned with Quaker principles which led to the establishment of Bourneville Village Trust to provide decent housing for workers at the local chocolate factory; and partnership of local government with the private sector to herald urban regeneration after the recession of the 1980s with landmark developments such as Brindley Place – the new city centre neighbourhood, the International Convention Centre including Symphony Hall, the Mailbox, new Bull Ring Centre and the symbolic New Street Station – signal an era of renewal and confidence.

Yet the next 10 years of the city to 2029 promises to be as exciting as the previous 150. Landmark developments such as the new Curzon Street HS2 station in 2026 will mean that London is only 46 minutes away by train, the Commonwealth Games in 2022 will link the diaspora communities to the globe and the “Big City Plan” will change the city completely.

The redevelopment of Birmingham has been a constant throughout its history. However it is the people and politics which needs to be considered alongside regeneration. The city has a population of 1.4 million and within it can rightfully claim to be one of the most ethnically diverse and youthful urban centres in the world; a place marked by income polarisation and health inequalities as well as increasing levels of violent crime. It is and will continue to be a global city and is shaped by supranational issues of migration, security and the environment.

In short, Birmingham is a research laboratory that provides the basis for an innovative social science enquiry during the next decade of change.

Birmingham 2029 which will be an ethnographic project mapping neighbourhoods and places across the city to identify pressing societal challenges. Deploying mixed methodology but emphasising qualitative inquiry, Birmingham 2029 will generate a rich source of data on the city as it navigates physical, structural and social change. The project will be located in the School of Social Sciences but will work across Birmingham City University faculties and schools, and in partnership with students and communities (trained up as peer researchers) and stakeholders (focusing on key issues). 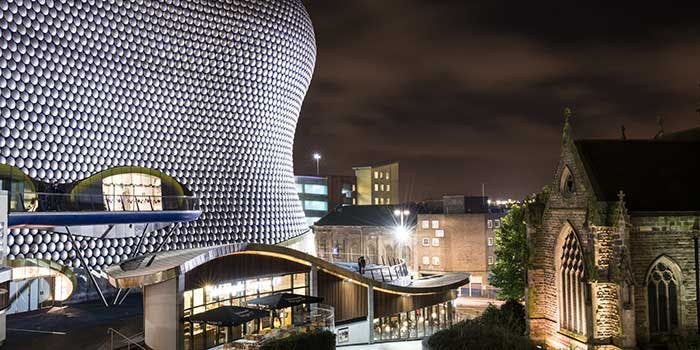 The proposed Data Lab project is a project that will work in tandem with Birmingham 2029.

It examines the important social issues facing Birmingham using large data sets, investigating questions which are relevant to the public and private sector during the next decade of dramatic structural and social change. This project will target its research questions in partnership with communities, stakeholders and students.

In order to support and build upon the Birmingham 2029 project the Data Lab will investigate, using quantitative methods, current issues which impact the population of Birmingham and more widely. These include core issues that come from living in a modern vibrant multi-cultural city such as, the impact of socio-economic status, gender and race.

The project due to commence in 2020 will deliver academic outputs in the form of peer reviewed publications and impact case studies to REF2021 and beyond. The Data Lab will also aim to provide a public facing service investigating questions, which are of interest to the public and the private sector.

The project will formally launch in September 2019. Keep up to date with the project on Twitter - @BCUSocScience