The future of Birmingham's Jewellery Quarter 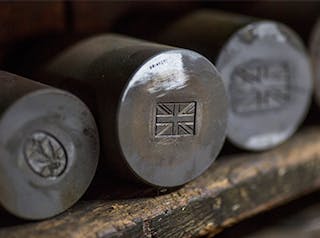 Birmingham’s Jewellery Quarter is one of the city’s most distinctive and popular districts but its traditional role as a centre for jewellery manufacturing is under threat amid increased demand for residential and leisure space. Our researchers investigated what this means for the future of the established creative networks in the area.

Birmingham’s Jewellery Quarter is an excellent example of how small, creative businesses innovate in networks. As many of the designer-makers in the area are micro-businesses or single traders, they will often partner with others who are able to perform certain tasks or processes. The area has long been a centre of innovation with new techniques, machinery and products. As a relatively small geographical area, traditionally largely industrial in nature, individuals are connecting every day and collaborative innovation is a way of life.

However, the past 20 years has seen a great deal of development in the area with new apartments and leisure uses, such as bars and restaurants. This has pushed up property prices and rents meaning some longstanding designers, makers and practitioners can no longer afford to stay in the Quarter. Some have moved elsewhere in the city, others have left the industry, and more are approaching retirement, without significant numbers entering the sector to replace them. The co-creating and innovative networks that have formed previously on an ad hoc basis are now under threat.

The research aimed to find out how jewellery businesses had networked and innovated together and to what extent recent property development, and factors such as demographics and labour supply, was impacting on this.

A series of interviews were carried out with practitioners across a range of specialisms; these included jewellery businesses, other high-end designer-makers (for example, luxury pen manufacturers), and those who supply services so them, such as plating and engraving companies. Representatives of industry associations and trade bodies were also involved in the study. The interviews took place in a number of settings, from one-to-one conversations to small focus groups. These individuals will be involved again in the study when the initial research goes back to the groups for review and validation. 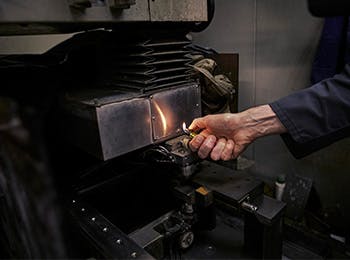 The intention was to produce evidence to stimulate debate and policy discussions on what needs to be done to support and build heritage craft industries in areas like the Jewellery Quarter. This could include investment in new types of living and working accommodation or incentives for future innovation. Alternatively, it could be concluded that the decline of manufacturing industry in the Quarter is accepted and that we move to a new model of outsourced or off-shored manufacturing with only design and retail elements remaining in place.

The interviews revealed that fears of an ageing workforce, people moving away, loss of properties, and the perception of diminution of networks were real, and that networking potential was starting to diminish as a result. The evidence now collected provides enhanced understanding that will inform future discussions and debate.