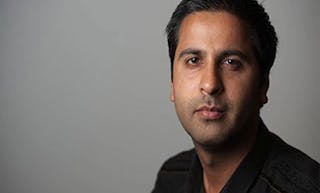 Associate Professor of Criminology, Imran Awan has recently published a book named ‘Islamophobia in Cyberspace’. Continuing from his previous research report, ‘Offline and Online Cases of Anti-Muslim Hostility’, commissioned by Tell MAMA, the researcher examines different forms of online abuse and guidelines that deal with it.

Imran explores the challenges that the authorities face in tackling online hate crime and the prevalence of the abuse being anti-Muslim. This book also covers the impact of online Islamophobia after terrorist events, political activist groups, legislation against cyber bullying and viewpoints from victims.

This research project aimed to:

The professor found that many people took advantage of the sense of anonymity that being online gave them to abuse Muslims and that this was masked by the right of ‘freedom of speech’. In the reports of abuse it was found that forums, blogs, and websites were made to form anti-Muslim communities and they would commonly be linked to a far right group, such as the EDL.

Cyber violence, stalking and harassment frequently takes place, with offenders hacking accounts, stealing images from victims and can lead to real-life violence. It was also discovered that fake English patriotism was shown to promote how ‘bad’ Islam is for our country, to encourage others to join in the bullying.

In response to outcries against online abuse, Twitter has added a new update which allows users to report multiple tweets for the same hate crime.

Imran stated: "victims of this type of abuse they often suffer in isolation and have a sense that social media companies do not do enough to assist them. The update is long overdue but at least now we are making a step in the right direction and can see that this is part of a longer-term campaign of Twitter promoting the ideas behind providing counter-messaging."