Evaluation of the Artist in Residence 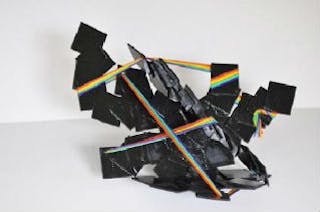 The Evaluation of the Artist in Residence project was a two-year programme being undertaken by researchers in the Centre for Applied Criminology and in collaboration with friends of HMP Grendon and the Motesiczky Charitable Trust. The Motesiczky Trust was set up in October 1992, four years before the death of Austrian born painter and founder, Marie Louise von Motesiczky.

Regarded as one of the most important Austrian painters of the 20th century, the main objectives of the Trust are to advance public education in fine arts such as painting and sculpture and assist with the relief of medical conditions and diseases which are known to cause visual impairment, by funding healthcare for eye care treatments.

HM Prison Grendon first opened in 1962 and was first used as an experimental psychiatric prison unit for people with personality disorders. HMP Grendon is the only prison in the UK today that has a therapeutic prison community which treats both violent and sex offenders.

The prison has six wings and therapeutic programmes are run within the prison by doctors, counsellors, psychiatric nurses and officers who work alongside inmates with a view to rehabilitating them back into society and lowering their possibilities of reoffending.The prison holds category B and C adult male prisoners from England and Wales.

The Art residency programme was the first of its kind in the country and featured a multimedia artist in residence who worked alongside prisoners and staff within the prison. Sessions were held weekly and open to everyone from all levels and abilities. The programme encouraged attendees to develop their confidence and ability as artists and provided the opportunity to explore different art forms such as drawing, painting, sculpture, printing and animation.

The work created by the participants was exhibited at two key events: one organised by Cherie and Tony Blair, and the other at 'Insider Art' at Gallery North, Newcastle. The impact of the residency was measured through observations across four prison wings and interviews with sixteen inmate, and the following positive outcomes about the residency were concluded: