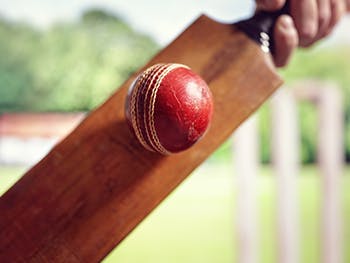 With the Cricket World Cup in full swing across the UK, fans and players of the game from all walks of life have been enthralled by some of the world’s finest sportsmen. However, for the South Asian community, many do not get the chance to take the step from semi-professional cricket into the full-time game.

In a recent article on BBC Sport discussing how certain sports are ‘dominated’ by the privately educated, it was highlighted that most cricketers hailed from independent schools. Research at Birmingham City University has been focusing on other aspects of the game, namely the lack of British South Asian cricketers moving from part-time to full-time, despite cricket being immensely popular with that demographic.

Postgraduate researcher Tom Brown, based in the Faculty of Health, Education and Life Sciences, has been conducting on-the-ground research with Warwickshire Cricket Club in order to ascertain why British South Asian cricketers are not successfully making the leap from youth and part-time careers into full-time employment.

The study has found that further enquiry needs to be made into identifying the barriers British South Asian cricketers face as they negotiate entering the world of professional sport. Results of the study so far have shown that 56 percent of under-16 / under-19 cricketers had attended independent schools. The findings also suggest that individuals with higher relative access to wealth experience greater opportunities and support throughout their development.

“Although the majority of state schools offer their students cricket as part of their curriculum, the amount of extra coaches and quality of facilities provided often fall well short of what is accessible to students attending private school,” says Tom.

Tom is continuing to research British South Asian cricketers but believes there are a number of potential factors in the lack of professional players. “Potential themes are early specialisation, nutrition, lack of British South Asian role models, prioritising education, among others,” Tom explains. “Over the next few years, we hope to identify which of these, or any other factors, have a contributing effect.”