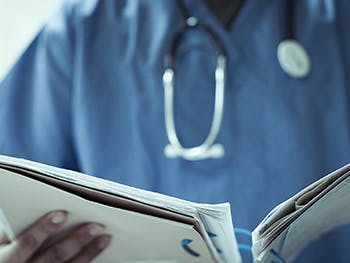 Researchers from Birmingham City University have surveyed over 200 parents who have experienced premature births to evaluate their needs and the support they received from the health services.

Dr Carolyn Blackburn, a Reader in Interdisciplinary Practice and Research with Families and Professor Merryl Harvey are to have their recent study published in the Infants and Young Children Journal. The research gathers the testimonial of over 200 parents who have been affected by premature birth in order to evaluate the parents’ experiences, how much support they received from service providers and identify the areas where more support is needed. The research was supported and promoted by charity organisation Bliss, who used their networks to extend the reach of the survey nationally.

One of the key findings from the research concerns the lack of discussion around the risk of prematurity before birth. Though the majority of parents reported they were given information on immediate, practical aspects of such as feeding and their role in their baby’s care, they would have preferred the risk of prematurity to be discussed with them in order to limit the emotional shock of premature birth.

The research also highlighted the scarcity of information given around long-term development implications for premature birth children. Nearly half of survey correspondents stated they were given little or no information about the long-term development outcomes for their child, noting that the immediate priority was on getting both mother and child well enough to go home. This focus on immediate survival and health care needs left parents without the support they needed when they returned home and a majority of survey respondents reported not knowing whom to contact about concerns after leaving the hospital.

The need for after-care and professional support

Alarmingly, those surveyed reported a significant lack of early help and intervention services after they had left the hospital. The majority of parents (61%) said that their GP was either not available, not helpful or only sometimes helpful and developmental care specialists were similarly unavailable to those concerned about the long term development and the side effects of their child being born prematurely, which can range from cerebral palsy to impaired learning.

The work of charity groups like Bliss, who support parents and children affected by premature birth, was highly praised by survey respondents and together with peer and family support is a primary source of emotional aftercare for parents.

Services need to include psychologists and an assessment of parents’ mental state following the birth of a premature infant. They also need to be more coordinated to ensure a smooth transition between services so that parents know what to expect.
- Carolyn Blackburn

The research suggests that knowledge transfer from staff to parents within the NHS and the provision of external services need to improve to better support families and urgent attention needs to be paid to the emotional needs of parents following preterm birth to ensure family well-being.

The research will be published in the Infants and Young Children Journal. on the May 1.