PhD student to discuss law and immigration at celebratory event 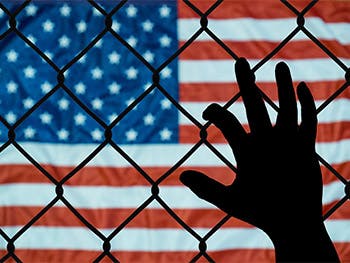 When Donald Trump launched his travel ban, Sabah Athar felt inspired to act. Applying for a PhD to research immigration in the United States, she’s now thriving as a postgraduate researcher and prepping a talk for an event celebrating women in law.

Sabah Athar has always been interested in American law and policy, but pursuing it for full-time study didn’t initially cross her mind. “It took a lot of consideration,” she says today. “I wasn’t sure whether I could do it, as my undergraduate and Master’s degrees had been in unrelated subjects. I didn’t have the research skills in the area of law.”

A meeting with her future supervisors soon cleared up any apprehension. “I wrote to Anne Richardson Oakes about my research idea, and fortunately it’s an area that Anne is also interested in,” Sabah explains. “I then met Sarah Cooper and Ilaria Di Gioia. All three have been incredibly helpful and have eased me into my research area gradually.”

Sabah’s initial idea came to fruition after President Trump announced Executive Order 13769, otherwise known as the travel ban. This order, which was replaced by Executive Order 13780 in 2017, limited travel to the United States by refugees from seven Muslim-majority countries.

Since then, Sabah’s research focus has shifted towards sanctuary cities, jurisdictions that have policies in place designed to limit cooperation with or involvement in federal immigration enforcement actions. “My research area is relevant in the current political climate,” she explains.

“My research explores the gradually increasing phenomenon of ‘sanctuary mosques,’ looking at the gap between the religious and secular uses of sanctuary.  Specifically, how although mosques are a religious institution, they are using the concept of sanctuary not to fulfil a religious obligation but as a political tool to resist the implementation of federal immigration laws.”

Women in law – a celebration

Sabah gets the chance to discuss her journey in greater detail on Monday 9 March, forming part of a panel of expert speakers at the 101 Years of Women in Law event. Part of xChange Festival 2020, the event will see academics, students and external speakers discuss their legal journeys to date. The event is part of a week of celebrations for International Women’s Day.

“Any event that focuses on women’s successes, particularly in areas where they have previously been marginalised, is crucial,” Sabah explains. “They help women today to understand the successes and struggles of their ancestors.”

Sabah is enjoying her PhD studies so far, from the academic support to the city centre location. The most pleasing aspect, however, is the community feel. “The culture at BCU is so close-knit,” she explains. “I’m always bumping into people and then making connections with them. The research community has been incredibly supportive throughout my research journey.”