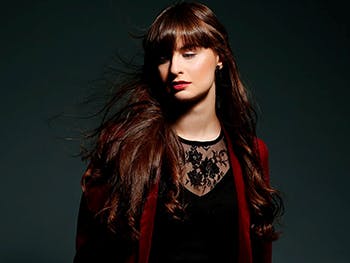 Many postgraduate researchers have an interesting hobby or job that they fit around their studies. Not many, however, can claim their pastime recently involved a global tour, with sell-out dates at some of the United States’ most iconic venues. In between studying for a PhD at Royal Birmingham Conservatoire, Midland4Cities student Laura Farre Rozada has enjoyed rapturous receptions from international audiences off the back of her debut solo album.

Laura had performed internationally before, but embarking on a six-week tour of America would be a completely alien experience. Fortunately, her hard work paid off, with audiences arriving in their droves. “After months of meticulous planning and hard work, it felt like a dream come true,” Laura explains. “It was so exhilarating to receive such warm responses, particularly so far from home.”

The best moment of the tour was saved for the last date, when a sold-out audience in San Francisco gave Laura a standing ovation. “It was my first time in the city and I wasn’t even sure I’d have anyone watching,” she admits. “But the audience were fully engaged throughout. By the end of the recital, they were on their feet. To end the tour with a full house was the best way to finish.”

Laura’s US tour saw her play at a range of landmark venues. Two recitals in New York and Toronto, both at iconic contemporary music institutions, were then followed by performances at Chicago’s McAninch Arts Centre and the Packard Hall in Colorado. “On the tour, I engaged in discussions on my work, performed recitals and gave guest lectures on entrepreneurship in contemporary music, among other subjects,” Laura reveals.

Alongside performances of contemporary musicians, Laura also aired songs from her debut solo album The French Reverie. “It’s a tribute to French music during the last century, and how it interacted with other European traditions,” she explains.

Just like her tour, the creation of the record was a mix of excitement and fear. “I decided to crowdfund the record and release it with a small label, so I could have complete freedom,” Laura explains. “It was very scary at the beginning, but it guaranteed me making the album that I really wanted to make. Thankfully, the crowdfunding campaign was a huge success and I absolutely loved being my own boss.”

Music and maths – a match made in heaven?

Laura has now enjoyed reciting her work in Spain, Bulgaria, the USA, Canada and the United Kingdom. She is now based in the latter to focus on her PhD studies, which combines two of her major passions – music and mathematics. “I’m researching memorisation of post-tonal piano music, exploring how mathematics can enhance this process,” she explains. “Combining both has been of interest for quite some time. I even got to perform a recital and host a lecture on these subjects while in the US.”

Studying at the Royal Birmingham Conservatoire has also been exciting. “I’m still at a very early stage of my PhD, but I really like the energy of the people I have met here,” she enthuses. “I am definitely in the right place and I’m looking forward to the future.”

Laura’s debut album The French Reverie is available to download and purchase from her website. She curates the Conservatoire’s annual symposium on technology in music performance on Tuesday 3 December.