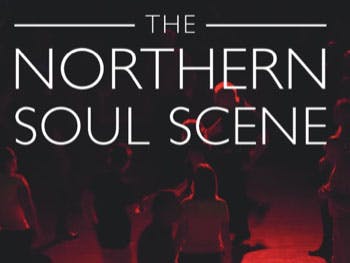 Two researchers from Birmingham School of Media have joined forces to edit the world’s first collected anthology on the historic northern soul scene.

Good for the soul

Tim Wall, Professor of Radio and Popular Music Studies, and Research Fellow Dr Sarah Raine – along with Dr Nicola Watchman Smith of Newcastle College – have edited The Northern Soul Scene. The music movement is a dance-based culture that originated in England during the early 1970s, but continues to enjoy a fervent fanbase, reaching people the world over, from original fans of the scene to new converts.

“The book makes seminal early pieces by journalists and academics accessible to both researchers and music fans,” Sarah says. “Each contributor – from writers to photographers – critically considers the historic or contemporary scene. The Northern Soul Scene provides a new model for editing popular music books and a new approach to considering the past. The scene is now a global community and popular music is an ever-growing focus for research – we hope that this book will be read by music fans and researchers across the world.”

Sarah is based within the Birmingham Centre for Media and Cultural Research (BCMCR), and she believes the Centre is conducting cutting-edge research that engages with various local, national and international music-focused communities. “This book showcases the University’s strong and innovative approach to research on popular music, and positions the BCMCR as one of the leading institutions for the study of northern soul,” says Sarah, who is also co-editor of the Centre’s music magazine Riffs. “Through this book, Riffs and the wider activities of the Centre, we aim to offer co-produced and multidisciplinary models that place the community and criticality back at the heart of research.”

A wealth of experiences

Rather than a definitive account, The Northern Soul Scene provides a number of histories. Newly commissioned essays are brought together with pivotal articles that have defined the field. Included in the book is an interview with film director Elaine Constantine (Northern Soul 2014), journalist Stuart Cosgrove’s 1982 article on the closure of primary northern soul venue Wigan Casino and a piece on the role of bootlegging by the 100 Club promoter Ady Croasdell.

“We expect this book to be eagerly critiqued by members of the scene,” Sarah notes. “It places the contributions of different people side-by-side and positions these stories and experiences as equally valuable to our understanding of northern soul.”

The Northern Soul Scene is out now through Equinox Publishing. Quote the code SOUL when ordering from the book page and receive 25 percent off.