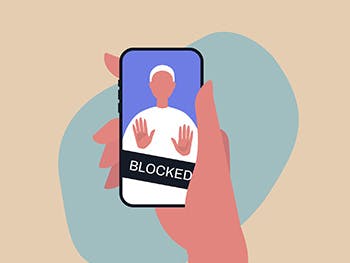 PhD student Vincent Obia is exploring new media regulation laws and policies, which authorities in Nigeria say are needed to combat the spread of misinformation, fake news and hate speech.

The research, funded by the Commonwealth Scholarship Commission, is driven by the need for regulation in Nigeria to meet the requirements of modern platforms such as social media.

Based on initial analysis, Vincent is framing his thesis and suggesting that proposed regulations in Nigeria were designed according to a traditional media regulatory model, which is much less dynamic and ill-suited for new media platforms.

Utilising regulation unsuited to new platforms may enable government to restrict civil liberties, such as freedom of expression, online.

Countries such as Nigeria, Singapore, and Egypt make use of command and control regulation, which allows the state to determine what is legal and police those activities. In the case of new media, this could mean blocking access to non-compliant social media posts.

Vincent says that current regulatory systems are outdated and problematic.

‘As it stands, the likelihood is for countries like Nigeria to impose command and control legislation in the hope that what worked for the regulation of traditional media outlets in time past will work again.’

This approach may also silence freedom of expression, as it is less nuanced than more modern approaches to regulation.

‘In some areas, there are concerns that regulation as currently defined has an ulterior motive, with claims that government wants to silence dissent and opposition.’

Though Vincent argues that proposed regulation in Nigeria is problematic, he recognises the need for a strategy to combat falsehood and hate speech on social media.

As a result, his research will consider other regulatory options to identify an approach that captures the nuanced reality of social media in a context-specific manner for countries like Nigeria.

‘This approach to regulation has to take into cognisance the fact that the new media is dynamic, organic and fluid, and my research seeks to show what shape and form such regulation can assume in developing countries like Nigeria.’

‘The inspiration behind my research is the need to provide a voice from the Global South and to ensure that discussions around new media regulation are richer and more diverse.’

Vincent hopes that his research will further the government conversation around new media regulation.

I hope my work will be a useful contribution to research on new media regulation, and that it will point the way for policy in countries like Nigeria.

Vincent’s research is also the foundation of his work with the Brilliant Club educational charity, where he teaches media literacy to high school pupils so they can identify fake news and hate speech.