One of the main passions and objectives of our staff is to research areas previously unanalysed. This has certainly been the case for Grant Huddleston, Senior Lecturer in Physical Education and Professional Studies, whose research has looked into the funding stream for primary schools, how it is being spent, what can be improved and the potential impact. 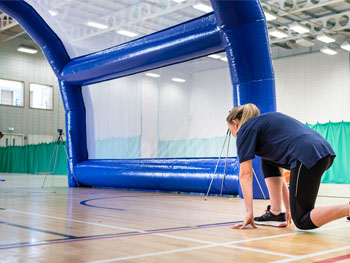 Grant was inspired to investigate this area after discovering a number of Birmingham City University students were not getting the opportunity to teach PE while on placement. “I discussed this with the students and found out one of the reasons was due to how schools were using their PE and premium funding,” Grant explains. “This seemed to have an impact on whether they taught any PE.” Grant then decided to work on a case study, analysing the reports that primary schools were uploading regarding how they spent the funding. “The idea behind this small study was to see if there were patterns of spending that would require further, more detailed study at a later date. There is study on the funding, so it felt like a good reason to carry out the study.”

Grant then broke down the case study into three separate papers for the Association of PE (AfPE)’s PE Matters journal, receiving great coverage across PE practitioners, sports coaches and academics. “Overall, I found in the research that a large portion of the funding was being spent on bringing in external staff, mostly coaches,” Grant says. “From a pupil impact, this is positive, but from a teacher level, the large uses of external staff on the promotion of PE could be disastrous if classroom teachers are not teaching PE alongside the coach.”

With Grant’s report outlining numerous potential impacts for both students, coaches and staff, he plans to conduct further research and is also presenting his findings at the International Association for Physical Education in Higher Education (AISEP) in December.