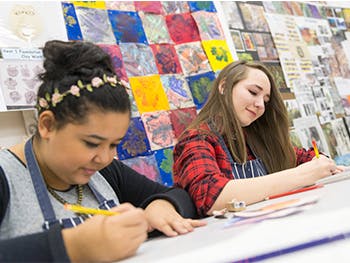 According to Research from the Anti-Bullying Alliance, 1 in 4 pupils are bullied a lot or always. This represents a growing problem in the UK and Elizabeth Nassem is hoping to utilise over 10 years of research into bullying to help make positive policy changes at a national level.

A researcher at Birmingham City University, her work around pupil-led approaches to tackle bullying have revealed that involving the pupils in intervention strategies is a key way to develop effective ways of minimising bullying. She has set up a meeting with Preet Kaur Gill, her local MP, to get some guidance on how to use her ground-breaking research to affect policy.

The strategies employed in Elizabeth’s research focus on the student. Her visits and relationships with a number of schools in the greater Birmingham, Yorkshire and Worcestershire areas have allowed her to conduct focus groups, one-on-one interviews and organise interventions that put both the victims and perpetrators of bullying at the front of the solution. Elizabeth says:

“Current anti-bullying initiatives usually come from the staff. So they might hold a public assembly to address bullying, for instance. I asked the children what the schools do about bullying and they often said ‘an assembly’ but no one is really listening.  Or they might put up posters – but the students are often disengaged with the message.

“I want to know what the student experience of bullying is. Students don’t want a general intervention that works really well in a school across the road, they want a solution that engages with their problems and by taking that pupil-led perspective I was able to understand the issues a lot better. Developing that dialogue meant the student could also become an active part of the intervention, helping to design and evaluate a solution to their problem.”

Elizabeth has found that by engaging the students in anti-bullying initiatives, she was able to access a knowledge and awareness of bullying that teachers and adults just don’t possess:

“Some students I was mentoring had noticed a child that was being isolated in their class and they asked the teacher to intervene and include the child more. That knowledge came from the children that sit with each other and deal with bullying every day, not with the teacher who sees them from the far side of the class.”

Through her research and observations, Dr Nassem has found some common themes that lead to bullying.

“Children bully for a number of reasons. They might bully for status, because of problems at home or because they’re bored, which is why a pupil led approach is so important so you can get a real understanding of why children are bullying and help resolve it.”

Aside from personal motivations, the research has found that certain systemic factors contribute to bullying, like the inherent inequalities between students that are highlighted by streaming i.e. top set vs. low set students.

“The children at the bottom who feel like they’re perceived as unintelligent vs. ‘swot’ type labels for those at the top set contribute to children getting bullied. These hierarchies create hostility and make children feel segregated.”

This divide can then be amplified by a cycle of punishment for the perpetrators, including detentions and isolation, that don’t do enough to improve behaviour.

“Isolation doesn’t encourage reflection like saying, ‘what have you done? Why did you do it?’ That lack of dialogue and reflection contributes to bullying. Not giving children a voice leads to suppression, which they spread to other people.”

Making changes at a national level

Dr Nassem believes it’s important for researchers to work with the government in order to ensure policies are evidence-based:

“Researchers have so much in-depth knowledge that can help policy-makers stay well informed. It’s important to update thinking with current research because in my field they’re using a tradition of research that’s around 30 years old. The methods have moved on since then.”

By meeting Preet Gill in January, Elizabeth hopes to develop an action plan for getting her research into the wider world and to receive practical advice on how to present the research to policy-makers:

Professor Nassem has already made strides in communicating her work to a wider audience, her recent Guardian article resulted in a school working pupil-diary techniques into their policy and she has been quoted in the Telegraph, expressing the need for a change to the current hierarchical system used in schools. Elizabeth's research was also mentioned in a parliamentary debate on bullying during anti-bullying week.